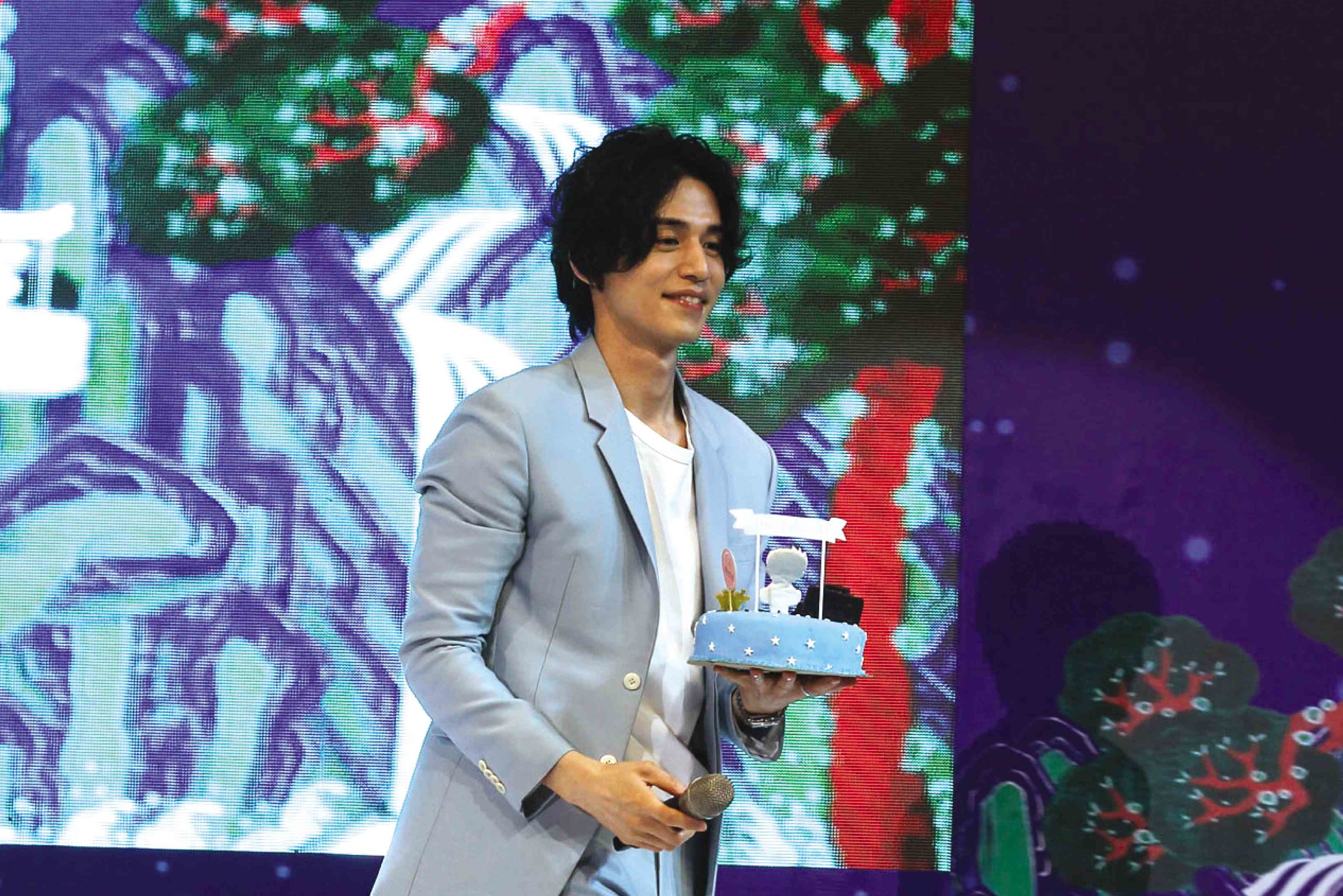 The actor recalled how the scene had them walking in slow motion through a tunnel, holding bags full of leeks.

“I was very apologetic to Gong Yoo but it was a parody scene so we had fun shooting that day,” Dong-wook said during his meet and greet on Saturday at SM Megamall Fashion Hall. The fan meet was part of the Korean Tourism Organization’s two-day #LoveKOrea Culture & Travel Fiesta.

There are three things he considers his greatest achievements in his 20-year career, the actor said.

“The first is the fact that I debuted in the industry. The second is that I kept challenging myself to do different things.  The last is that I am still around and you are here around me,” he said.

When it was the fans’ turn to ask questions, Dong-wook was presented a cake by a staff member of Lee Dong-wook Philippines.

“For me?” he asked. The fan nodded. The actor stood up, walked over to her and got the cake, placing it next to him. He would carry the cake later when he exited the stage. Such an unexpected fan service!

Lee Dong-wook first caught the fancy of Filipinos as a tsundere — an arrogant or mean character — in the drama “My Girl” in 2005. But it would be his role as the Grim Reaper in the drama “Goblin” that would propel him to super stardom.

He was also the nation’s representative in the talent show “Produce X 101.” He gives advice as well to budding Filipino artists. 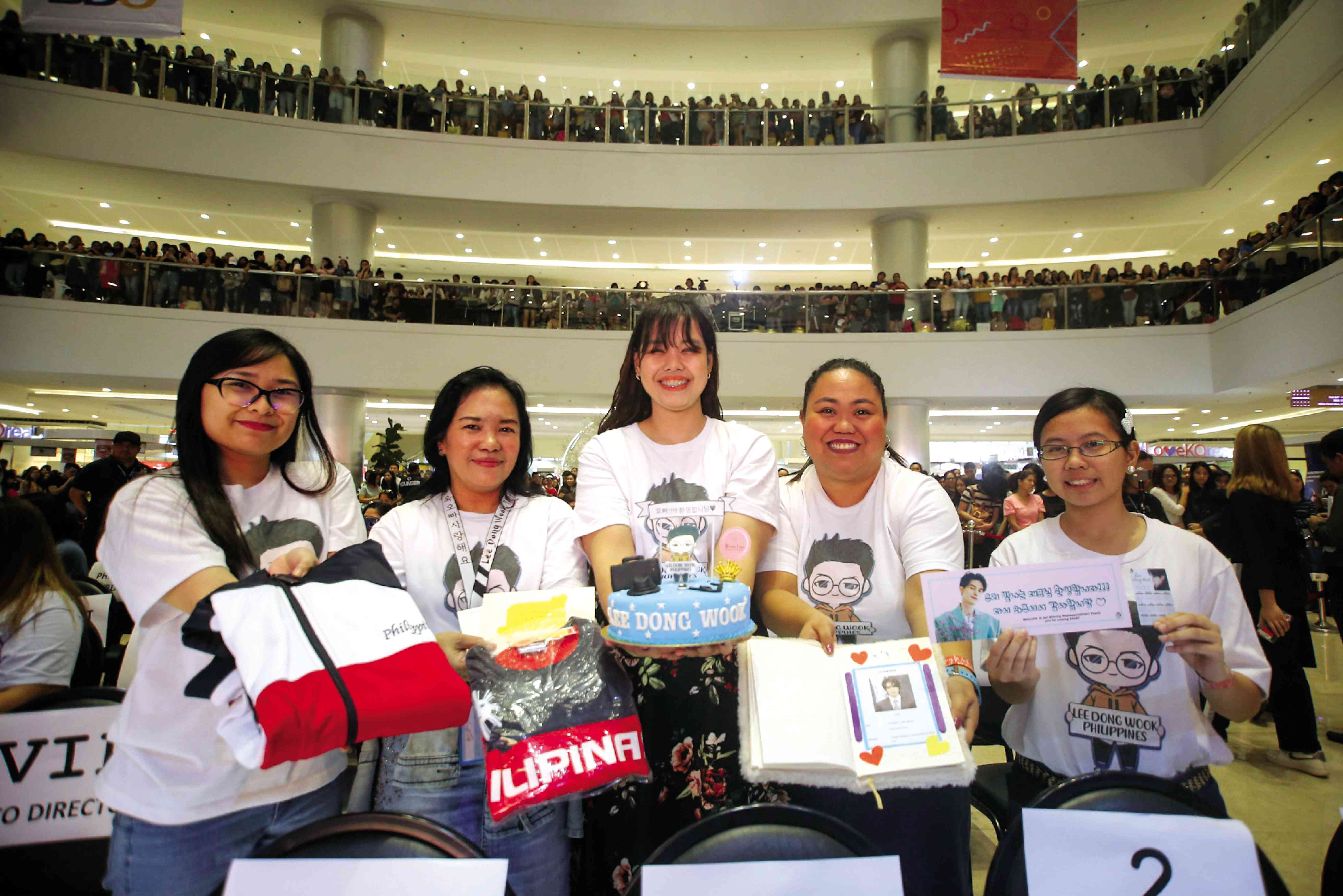 “The most important thing is to trust in your abilities. So even when the tough times come, you can get through [them],” he said.

His advice also spans tourist sites in Korea. For instance, he recommends Gyeongju as a good place to visit because it is a historical and heritage site where Filipinos can learn about Korean culture.

Gwangju is a must visit during winter, he said, because of its beauty during a season not experienced in the Philippines.

Asked the one thing in the Philippines that he wishes he could bring home to Korea, Lee Dong-wook quickly answered: “Mangoes!”  He likes the fruit so much.

The actor, who was the guest of honor at the #LoveKOrea Culture & Travel Fiesta, was on his second visit in the Philippines.  The first was when he was promoting the drama, “My Girl.”

Asked about the secret to the Hallyu Wave, he explained: “K-dramas do not stagnate. We keep innovating. That is the secret for it being strong,” he said.

His Filipino fans however have another answer to the same question.

“We like how you can feel the emotions in his eyes when you watch him,” they told the Inquirer.