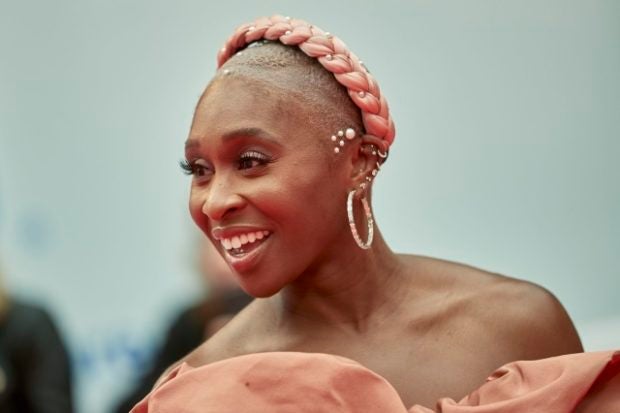 The artist’s own family is on board with the casting choice of Cynthia Erivo. Image: Geoff Robins / AFP

National Geographic has found its Queen of Soul. The Tony and Grammy award-winning singer Cynthia Erivo will play Aretha Franklin in the third series of the “Genius” anthology.

“Aretha Franklin has been a source of inspiration for me since I was a little girl,” said Erivo. “Her strength, passion and soul are evident in her everlasting legacy, not only as a transcendent artist, but as a humanitarian and civil rights icon.”

“To have the opportunity to bring her legacy to life and show the fullness of her being, her humanity and brilliance is an honor. What I know and have learned about what my voice, as an artist, can do and the power it has been highly influenced by Franklin. I feel privileged and excited to be a part of the sharing of her genius.”

Supported by the family

“Genius: Aretha” will focus on the remarkable career of Aretha Franklin and her musical talent, as well as her work for civil rights. Nearly 80% of her recordings will be included in the show, including the songs “I Never Loved a Man (the Way I Love You),” “Chain of Fools,” “Don’t Play That Song” and “Baby I Love You.” Cynthia Erivo will also perform some of Franklin’s songs.

“Cynthia Erivo blew me away. Not only is she an incredible and bona fide star, but she is soulful and has tremendous depth as a musical artist,” said executive producer Brian Grazer. “Cynthia is the perfect person to portray the profoundly human story behind the genius that is Aretha,” he added.

The artist’s own family is on board with the casting choice. Aretha Franklin’s niece, Sabrina Owens, said “Cynthia Erivo is an extraordinary talent with an amazing voice.”

The third season will consist of ten episodes. Suzan-Lori Parks (“Topdog/Underdog”), a Pulitzer Prize winner, will be a showrunner and executive producer alongside Ron Howard.

The first two seasons of “Genius” retraced the lives of Albert Einstein and Pablo Picasso.

Cynthia Erivo won a Tony Award for Best Actress in a Musical in 2016 as well as a Grammy Award for Best Musical Theater Album in 2017 for her work in “The Color Purple” on Broadway. More recently the actress and singer headlined Steve McQueen’s “Widows” with Viola Davis and Michelle Rodriguez. NVG