NEW YORK — With bad weather in Chicago on Monday and her flight canceled, Jennifer Hudson fretted at the thought of missing her performance at Tuesday’s Pulitzer Prize awards ceremony to pay tribute to honoree Aretha Franklin.

But then Hudson said she felt the spirit of the Queen of Soul — who refused to fly but traveled by tour bus to concerts and events — and drove nearly 13 hours to New York to make the luncheon.

“I looked up and I thought, ‘You know what, it’s like Aretha’s spirit is in me. She didn’t believe in flying, she would drive,'” Hudson said in an interview with The Associated Press. “I got here in time, five minutes early to sing, because I wasn’t going to miss it. Honey I said, ‘If I got to walk, if I got to crawl, I’m going to get there.’ And here I am — so it’s in my heart.”

Hudson embodied Franklin’s spirit and vocal prowess as she brought the ceremony to church with a rousing, fiery performance of “Amazing Grace,” bringing the audience of journalists to their feet. 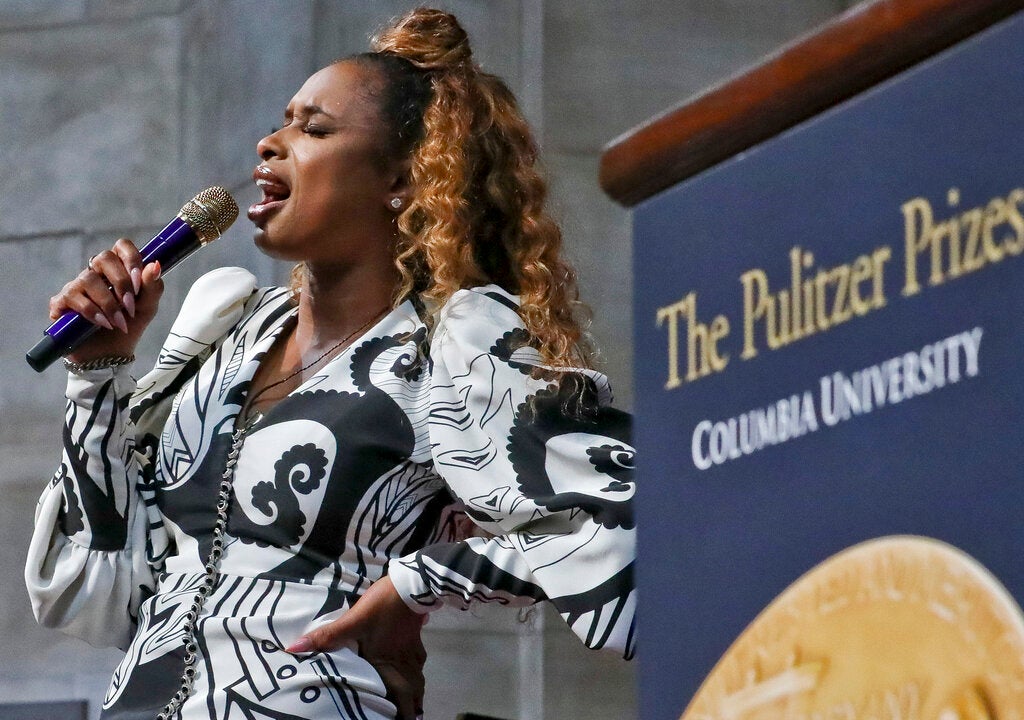 “She’s always with me, I feel,” Hudson said of Franklin. “I always keep her in my mind and in my heart, and try to lead in a way that I know that she would want me to.”

Franklin, who died last August at 76, was posthumously awarded the Pulitzer Prize Special Citation honor Tuesday, becoming the first individual woman to earn a special citation prize since the honor was first awarded in 1930. The Pulitzer board said the award was given to Franklin for “her indelible contribution to American music and culture for more than five decades.”

South Florida’s Sun-Sentinel won the prize in public service for its coverage of last year’s mass shooting at the Marjory Stoneman Douglas High School in Parkland, Florida, where 17 students and staff were killed. Pulitzer Prizes were also awarded to the staff of the Pittsburgh Post-Gazette for breaking news reporting, the Los Angeles Times for investigative reporting, while Reuters and The Associated Press were both honored for international reporting.

Dana Canedy, administrator of the Pulitzer Prizes, said her favorite submission was from the student journalists from the Parkland school for their own coverage of the tragic shooting and powerful obituaries of those who died.

Hudson posed for photos with the students at the luncheon held at Columbia University, which also featured performances by Damien Sneed and Brandie Inez Sutton. 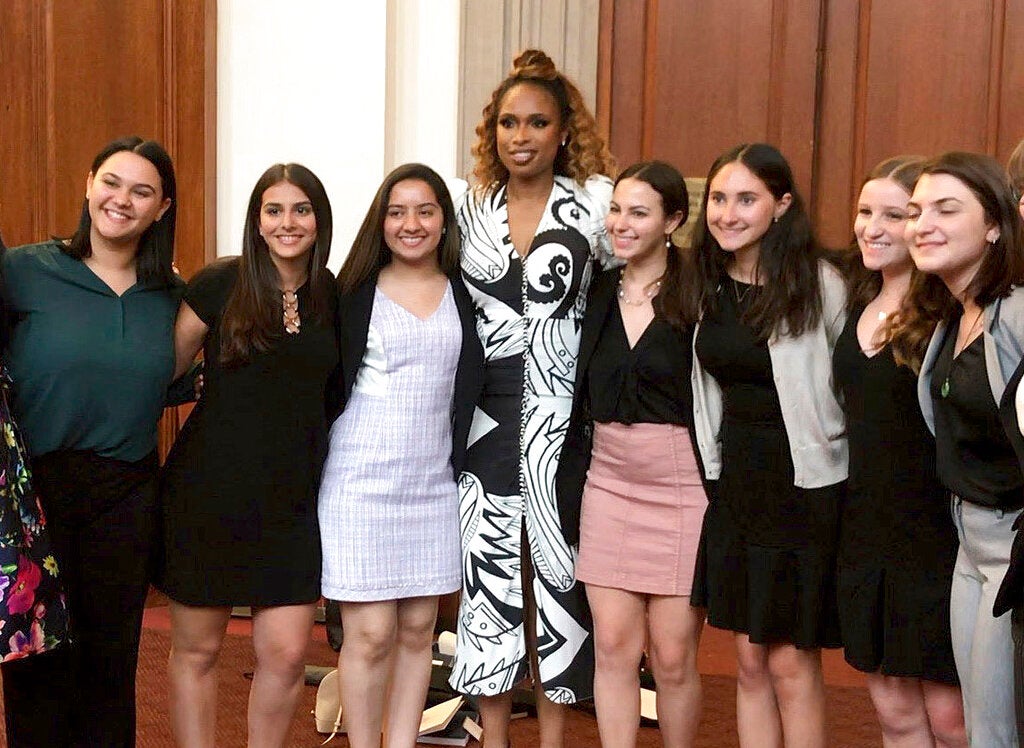 She also spoke to the students backstage about the effects of gun violence. One of the students told the singer that experiencing a mass shooting is a club no one wanted to be a part of.

“Exactly. And you have no choice,” said Hudson, whose mother, brother and 7-year-old nephew were shot to death in 2008. “No one knows when it’s gonna happen or who it’s gonna happen to and you never know how life-changing it is until it happens, but the only way we can ever make a difference is for those who have not experienced it, to look from the perspective of those who have. And that’s when the change will happen, you know?”

Hudson, an Oscar and Grammy winner, will play Franklin in an upcoming biopic. She said she always felt connected to Franklin.

“Even when I auditioned for ‘American Idol,’ I sang ‘Share Your Love with Me’ by Aretha Franklin. …I’m like, ‘Wow! It’s like her presence was always there,'” Hudson said. “Even when I did ‘Dream Girls,’ they were like, ‘What’s going to be the next big role that you would play, or that you feel could measure up to this?’ Fifteen years later, it has manifested.”

“(Aretha) called me when I was on Broadway and she was like, ‘And I’ve made my decision, and it is you.’ I was like, ‘Yes ma’am, I’m ready. I will give it every bit of my all,'” Hudson continued. “That’s why I had to get on that road trip last night to get here, because if I said I’m in, I’m in.” NVG