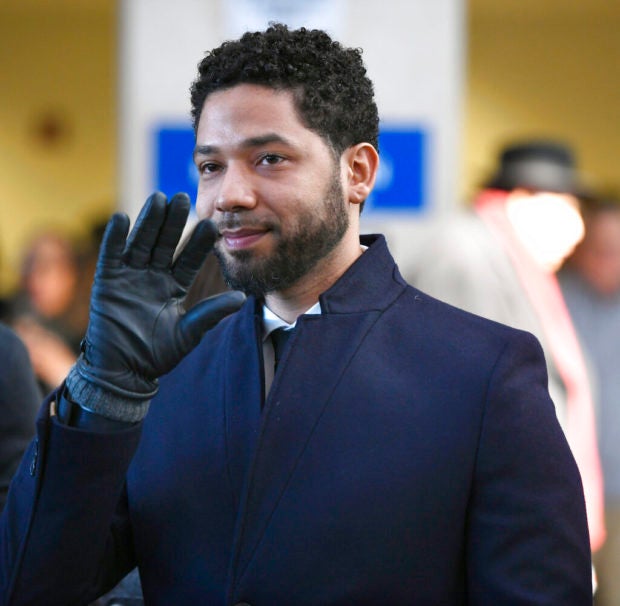 The judge’s decision during a hearing days after the special prosecutor, former U.S. Attorney Dan Webb, disclosed in a filing that he co-hosted a 2016 fundraiser for Kim Foxx and wrote her campaign a $1,000 check during her successful run for Cook County state’s attorney.

It was Foxx’s office that in March surprised and angered many in Chicago by dropping charges that accused the former “Empire” actor of staging a racist, homophobic attack against himself. Smollett is still adamant that the attack was real and wasn’t a publicity hoax.

Judge Michael Toomin appeared to give no credence to concerns that Webb’s disclosure made his position untenable as head of a politically sensitive investigation that could, depending on his findings, lead to the reinstatement of charges against Smollett.

“There’s no indication,” the judge said, that the 74-year-old prosecutor-turned-star private attorney “harbors any bias … to any party.”

Webb is a consummate insider who has been sought after by a long list of rich and powerful clients, including tobacco giant Philip Morris and Ukrainian energy oligarch Dymitro Firtash. He is highly respected in legal circles.

Before Toomin ruled Friday, Webb told the judge he didn’t recall the fundraiser, which he said he didn’t think he attended. He also said he didn’t remember cutting the check until someone brought it to his attention a week ago.

“I don’t know Ms. Fox …. and have never met her, as far as I know,” he said. “This is not even remotely a case that involves a conflict of interest.”

Webb’s investigation includes looking into whether Foxx’s calls with a Smollett relative and an ex-aide of former first lady Michelle Obama unduly influenced the decision to drop charges. Foxx recused herself from the case but continued to weigh in.

A finding by the special prosecutor that the original charges against Smollett were improperly dropped could also politically damage Foxx, who in 2016 became Cook County’s first black female state’s attorney.

A Foxx representative at Friday’s hearing, prosecutor Cathy McNeil Stein, told the court her boss didn’t initially have an issue with Webb staying on. But she said the state’s attorney now worried that a perception Webb had a conflict “will taint the process” in the eyes of the public.

Retired Judge Sheila O’Brien, who initiated legal action leading to a special prosecutor, agreed. She praised Webb’s legal acumen but told Toomin: “The concern I have is … what does the average person on the street think?”

Smollett’s attorneys didn’t take a position on replacing Webb. They opposed the appointment of any special prosecutor, arguing the case should have stayed closed.

A flyer from the fundraiser Webb included in his court filing listed him with two others as hosts of the event. Webb is a Republican, and Foxx a Democrat.

In explaining his decision not to replace Webb, Toomin cited records that Webb contributed money to state’s attorneys’ campaigns for years, including $3,000 to Foxx’s Democratic primary opponent in 2016, incumbent Anita Alverez.

Webb echoed that in his filing, saying one reason he didn’t recall the political fundraiser for Foxx is that they are so common at his high-powered Winston & Strawn law firm.