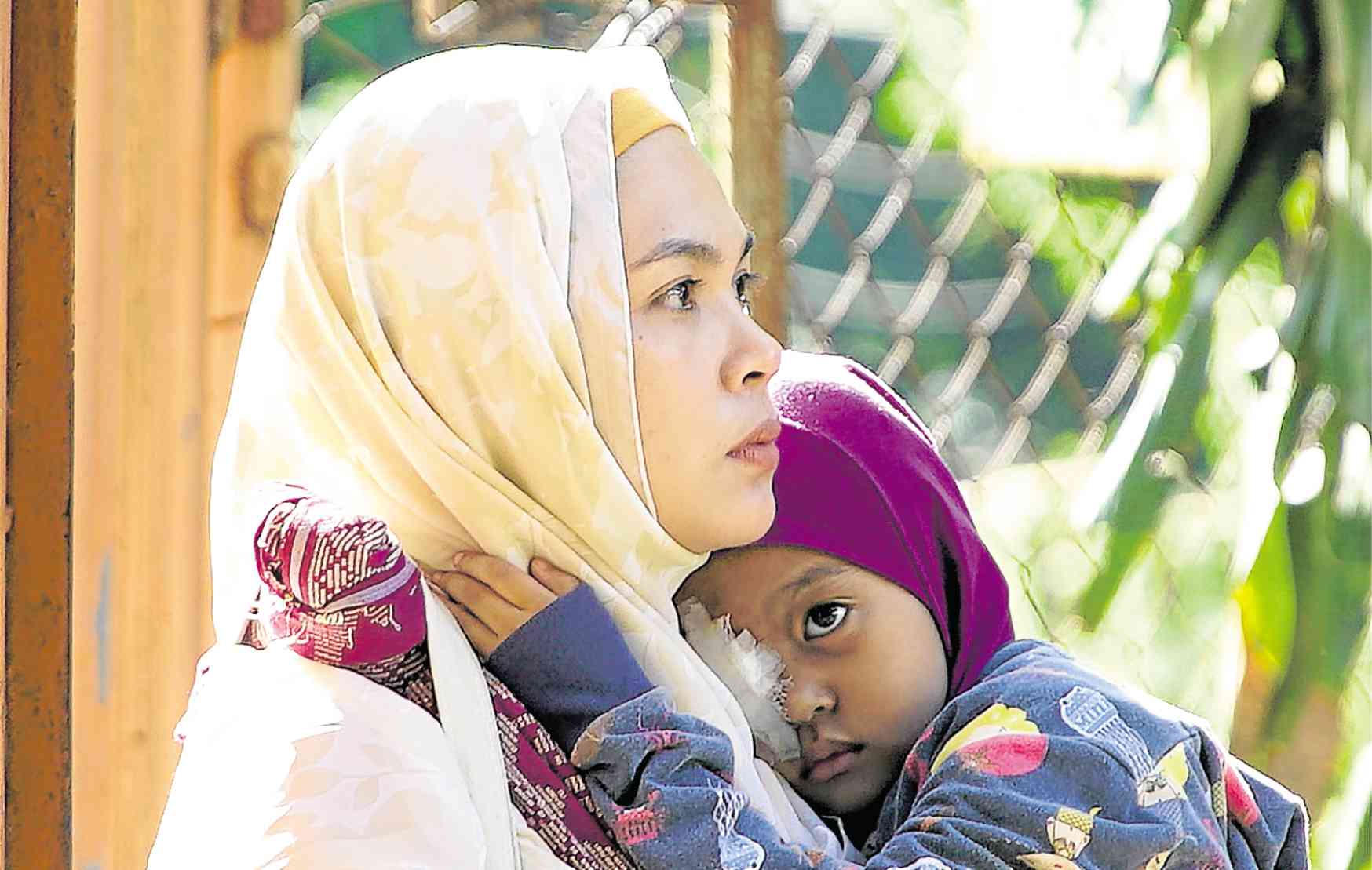 Something “unlikely” happened on the day we met superstar Judy Ann Santos and Cannes-winning director Brillante Ma Mendoza (“Masahista,” “Kinatay,” “Ma’ Rosa”) to talk about their first collaborative project, “Mindanao”: We thought it would take place the following day!

But the scheduling “mishap” and misunderstanding turned out to be a blessing, because we ended up getting more two-on-one time with the prized duo before they flew to Busan for the world premiere of “Mindanao” today. (Look out for our separate interview with Brillante in this section.)

For Juday, “Mindanao” is as much a blessing as it is an answered prayer. The seasoned actress behind such cinematic gems as “Kusina,” “Mga Mumunting Lihim” and “Kasal, Kasali, Kasalo” says that she’s always had a Brillante Ma Mendoza opus in her sights.

So, when Brillante finally came calling and pitched his idea for “Mindanao,” the actress was only too happy to accept the project—even if the film master’s directing style is unlike anything she has experienced in the past!

“In fairness to Direk Brillante, he was upfront about how he intended to make the movie,” Juday says. “When he called to set a meeting and told me what the movie was about, I accepted it right away. At agad-agad ko ring tinanong sa kanya, ‘May script po ba, direk (laughs)? (Is there a script?)

“He did say, ‘There isn’t. But I will provide you with some scenes.’ My only concern was that I didn’t want to say something wrong, because the movie tackles a very touchy subject matter. Baka meron akong mabanggit na mali. Thankfully, Direk Brillante provided the assurance and ‘support’ that I needed. Inalalayan n’ya talaga ako ng bonggang-bongga as shooting progressed.

“I appreciated his honesty when he told me what he was expecting from me and what his observations were about the things that I needed to rethink or polish—from the nuances of the character to the way I was able to execute them.

“Minsan kasi, hindi mo napapansin ang mannerisms mo. There are things about what an actress does that she doesn’t notice unless you point them out to her. After all, how would you know if nobody tells you?”

We told Juday that it would be understandable for some directors, especially those with less experience or established skill than Brillante, to be intimidated by her superstar status.

“Anobey (laughs),” she quips. “I think what worked in our favor was our mutual respect for the professional relationship we have as director and actress. Of course, I expect him to help me polish my characterization. Kung anong gusto n’yang ilabas, I’ll do it for the good of the project.”

How long did it take for Judy Ann to shoot her scenes?

“It was very quick. It took only about 10-12 days, and an extra day [to tie up loose ends],” she discloses. “Kasi Direk Brillante made it clear from the start that kapag nag-shoot na s’ya, dire-derecho. And this was something that I enjoyed about this particular shoot. I could concentrate and focus on the role and finish the whole thing without dropping character. Na hindi ka na kumakawala sa emotions mo.

But “Mindanao” isn’t just about a largely misunderstood people and the rallying themes fueling its tale.

Judy Ann got even more drawn to it because of its intimate story about a mother taking care of a sick child.

Truth be told, knowing how some of her previous big-screen performances have moved us, we had goosebumps just listening to the soft-spoken actress tell her character’s backstory.

Indeed, an actress truly worth her salt really knows how to tell a good story—even when she’s not acting in front of a camera.

More than its themes of age-old war and ideological strife, “Mindanao” is also about Saima Datupalo, a Muslim mother who awaits the return of her soldier husband (Allen Dizon) while she takes care of their cancer-stricken child (Yuna Tangog).

“Saima will do anything to prolong her sick daughter’s life,” Juday explains. “She will travel long distances and stop at nothing to get to the resources she needs for her kid.

“That’s what will make her story relatable to viewers: Saima will do what any selfless mother would do for her loved ones.

“What her child sees is a mom who’s cool, collected and in control. But deep inside, Saima is crushed [by her inability to fully ease her daughter’s pain].”

Read Next
Why Enchong not visible on TV nowadays
EDITORS' PICK
Latest patient brings number of COVID-19 cases in Cebu to 29
Macalintal: NBI on ‘fishing expedition’ as no ‘genuine’ case vs Vico
Anne Curtis, Angel Locsin, and Gabbi Garcia: Celebrity tweets on the state of the nation
Vico Sotto replies to NBI, asks for clarification
DOLE Bicol shells out P45.7M in aid for 9,000 displaced workers
Senators on Duterte ‘shoot’ warning: ‘Let’s address hunger’ instead
MOST READ
Angelica Panganiban on endorsing Duterte in 2016: ‘Patawarin niyo ko’
PACC to NBI: Probe Robredo for ‘competing with national govt’ in fight vs COVID-19
PACC’s COVID-19 motto? ‘Lahat ng tutulong, ikukulong’ — Lacson
5 Filipinos on Forbes Asia’s “30 Under 30” roster
Don't miss out on the latest news and information.