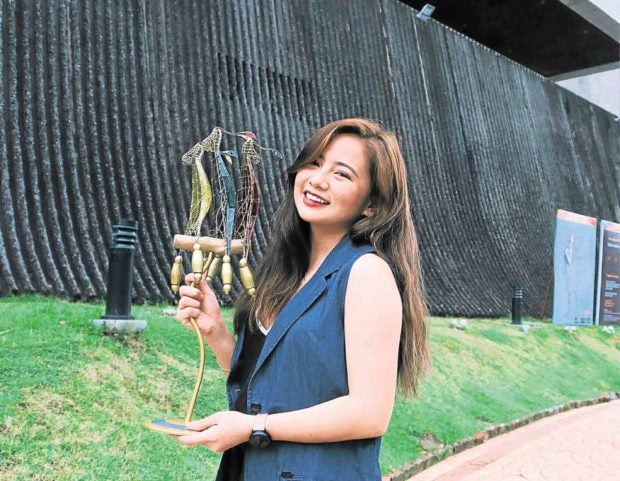 One night, as she was casually scanning her social media mentions, Ella Cruz stumbled upon a tweet saying that she had won the best supporting actress award for the coming-of-age film “Edward” at this year’s Cinemalaya film festival.

Ella didn’t take it seriously at first. She thought it was a random post by a fan trying to hype her name up. She didn’t even know that the awards night was taking place at that very moment.

A quick peek at Cinemalaya’s official Twitter page, however, gave her all the confirmation she needed. Before she knew it, she was bawling her eyes out at a fast-food restaurant.

“I couldn’t believe it. I was so shocked! I kept on muttering to myself, ‘Is this real?’” Ella told the Inquirer in a recent interview.
“I visited Cinemalaya’s page and saw that I won, for real. I then called up my mother to tell her about the news. It was really unexpected,” she added.

Ella wished that she could have personally accepted her first acting trophy as an adult. (She won best child actress at the 2008 Famas awards for “Resiklo.”) Just the same, the 23-year-old talent is thankful she was given the opportunity to be part of the film despite the limited screen time.

“I love my craft, so I want to be able to do good projects,” Ella said of “Edward,” where she played a patient and love interest of the titular character, who treated as a playground the public hospital in which his ailing father was confined.
“I have been in the biz for 10 years now and this feels like a bonus,” she said.

Her triumph, she pointed out, gave her a much-needed confidence boost as she takes on more projects and move forward with her career.
Her latest show is the Viva TV miniseries, “Sisters Forever (2gether PoorEver),” which has been testing her comedic chops.

“I used to be part of ‘Goin’ Bulilit’ when I was young. But this is the first time I’m doing a straight comedy,” Ella said of the show, which began airing last Sept. 21 and will run for another five episodes.

In “Sisters,” Ella and acting newbie Carlyn Ocampo play two sheltered sisters who lose all their fortune after the sudden death of their parents, which prompted their estranged aunt to resurface and take away the family business they were supposed to inherit.

The series follows the two as they try to cope with their sudden poverty—no fancy dinners, luxury cars, designer clothes and limitless credit cards.

“It’s a challenge for me because I’m used to doing drama or romantic comedies. But it was also a lot of fun because I was able to unleash all sorts of kaartehan and pull silly faces. I didn’t care about how I looked,” she said. 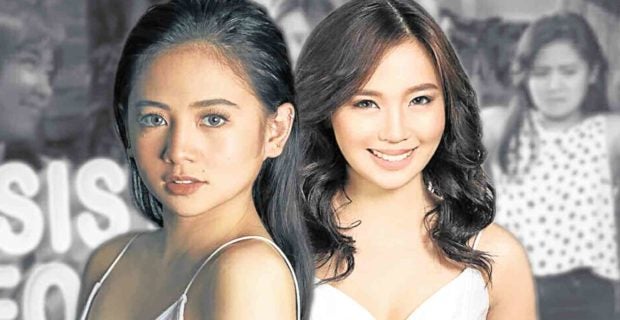 Playing her romantic prospect is her boyfriend and perennial screen partner, Julian Trono. Working with him, Ella said, has its pros and cons.

Meanwhile, Ella laughed off talks that she and Julian are already secretly married. The rumor started after they did a photo shoot simulating a wedding. Turns out, it was just for another project they’re working on.

“It looked like a real wedding, so I thought, ‘Why don’t we post these as teaser?” she said. “After a while, my phone was full of messages congratulating us, or asking us why they weren’t invited. Strangers would come up to us in public and congratulate us. I thought that was funny!”