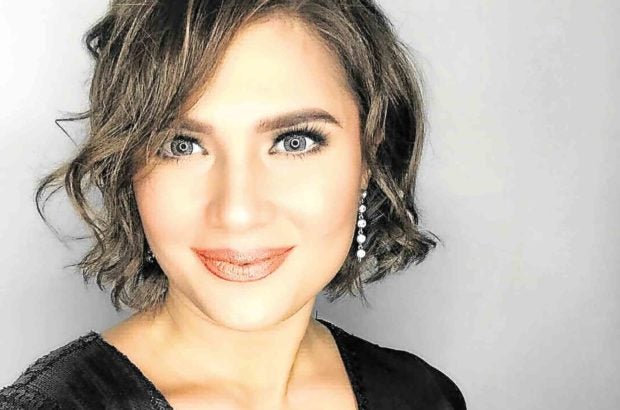 LDR (long distance relationship) doesn’t work for me,” declared singer-actress Vina Morales, who claimed she is still single two years after breaking up with her French boyfriend, then shortly after, she was reported to have dated a US-based nonshow biz guy.

“I have a daughter. I have businesses here [in the Philippines]. I also have work in show biz. It’s like I would have to sacrifice a lot if I decide to relocate to another country because of a romantic relationship. I guess LDR is really not for me,” she said during the blessing and formal launching of the Ystilo salon branch at the Festival Mall in Alabang. The family-owned business has over 20 branches all over the country.

“I guess I’d just have to wait for something serious to develop with someone from here,” said the mom of Ceana, 10. “I’m not worried, though, because I have my girl friends with me. Donita Rose (who filed for divorce in 2016), Sunshine (Cruz, whose marriage was annulled in 2018) and Ruffa (Gutierrez, who separated with her husband in 2007) are all giving me good advice. It’s just Karla (Estrada) and I who have not experienced getting married yet.”

When prodded to say more about the most recent guy she dated, Vina said: “He is just a good friend, nothing more. Let’s not drag him into this because he is a private person.”

The singer-actress then turned serious: “Sometimes, I also ask myself why I don’t have a love life. To feel better, I just tell myself that it will all happen in God’s time. If I insist on having a relationship now, baka mali na naman ang mapunta sa akin. That already happened to me before.”

Vina was referring to her relationship with controversial businessman Cedric Lee, father of Ceana.
Cedric was still married to wife Judy when he dated Vina. “I insisted on carrying on with something that people considered doomed from the start. It didn’t end well, of course. I’m better off single,” she declared.

“My goal is to secure her (Ceana’s) future. That’s what’s important to me,” the singer-actress said.

Vina is currently busy with the soap series “Sandugo,” which will premiere on ABS-CBN on Sept. 30, and the musical film “Damaso,” which is vying for a slot at the 2019 Metro Manila Film Festival in December.

“I’m excited about my role in ‘Sandugo’ because it’s different from my past projects. Nagpapatawa ako dito, pero maiinis kayo sa akin,” Vina explained. “She is Bisaya. She’s funny because she delivers lots of funny hugot lines. She likes speaking in English, pero mali-mali naman. She is Cordelia Balthazar—take note that it has an ‘h’ She’s such a riot!” 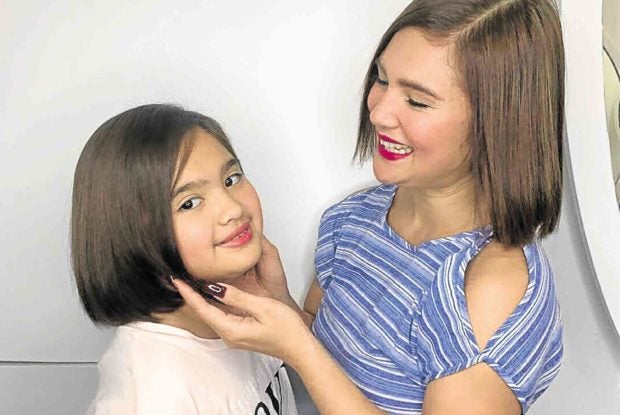 Vina Morales (above) and with daughter Ceana (left photo)

The role was originally offered to Aiko Melendez, who had to turn it down because she needed to campaign for her boyfriend, who ran for mayor in Subic and eventually won.
“I called Aiko partly to say it was offered to me, and also because I couldn’t imagine either of us playing mom to the character of Aljur (Abrenica)! Aiko explained to me that it was OK because Aljur’s character is just Cordelia’s adopted son,” Vina let on.

As for “Damaso,” Vina said she was thrilled to be playing Sisa, who is one of the most popular characters in Jose Rizal’s novel “Noli Me Tangere.” She has only recently recorded the song that Sisa will perform in the film.

“Apparently, it’s a star-studded musical, but only a few get to sing. I’m so happy and proud that I’m part of it, and that I get to be Sisa, who is very challenging to portray,” Vina pointed out.