Heartthrob says it’s travel over romance for him, for now
By: Allan Policarpio - Reporter
Philippine Daily Inquirer / 12:04 AM September 30, 2019 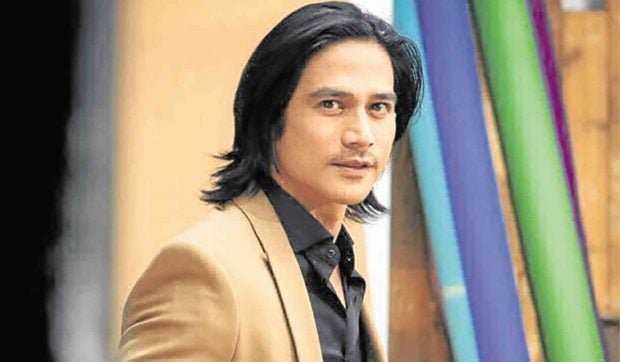 As someone on a constant quest to “diversify” his portfolio as an artist, Piolo Pascual said he’s open to being paired with much younger actresses.

Who among the biggest stars of this generation would he like to share the screen with? Kathryn Bernardo? Liza Nadine Lustre?
Well, if you happen to be Piolo, you probably wouldn’t need to choose just one.

“To be honest, I want to be paired with all of them!” he told the reporters at a recent media conference for the 11th anniversary of SunPIOLOgy, an annual sporting event mounted by the insurance company Sun Life in honor of its longtime brand ambassador.

“Kung papalarin, kung mamarapatin, I have a concept for Kath. I have been open about wanting to work with Liza. Then there’s Nadine, who’s also really good… I will be excited with whomever I get the chance to work with,” the ABS-CBN star said, adding that one’s choice of projects shouldn’t be limited to or determined by his or her costars.

“It really doesn’t matter. It shouldn’t even be about age or stature, but the story. I prefer working according to what’s needed and who’s really right for the role,” he said.

But for now, Piolo will be focusing on his upcoming reunion movie with Claudine Barretto, whom he last collaborated with in the 2004 drama, “Milan.”

“This project has been in Star Cinema’s vaults for the longest time. And it has always been for Clau and I,” he said. “We waited for 15 years for this, so we’re excited that it’s finally happening.”

While he couldn’t go into details about the film’s plot just yet, he let on that it will be given a “contemporary” treatment.

“The characters will go through trials together… There will be [trying] seasons in their lives that they will have to brave through together, so it’s good that I’ll be working with someone mature like Clau. I don’t know how to classify it yet. Let’s just wait and see,” said Piolo, who’s also doing a movie with Alessandra de Rossi.

Piolo, who wore his hair in a bun at the event, was also sporting multiple ear piercings—six at the moment and soon to be 10. It’s not a change of image per se, he said, but he does like to experiment with his looks.

“I have always been interested in ear piercings. Wala lang. I take it upon myself to always reinvent, not necessarily to look different. That way, you get more variety in terms of the roles you can play. It’s a conscious effort to not have the same look every time,” he said.

The interview inevitably swung to undying questions about his love life. Piolo’s answer wasn’t any different this time around: He’s still enjoying life as a single man. Although he would be lying, he admitted, if he said he doesn’t feel otherwise from time to time. 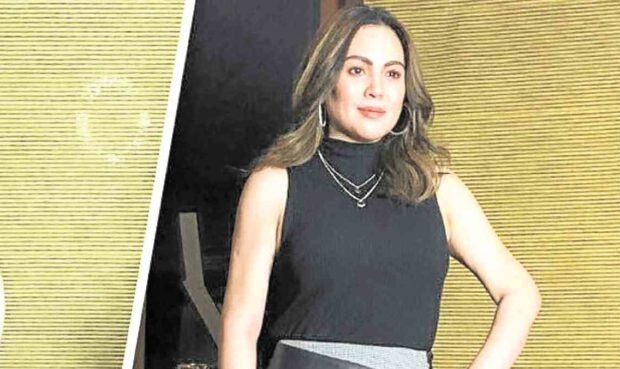 “I won’t deny the fact that there are days when I feel sad. Parang, ‘OK ka lang ba na mag-isa ka lang?’ But I get to enjoy my quiet moments,” he said. “You get to reflect on where you are in life. You try to figure out your purpose, how to move forward and which road to take. I’m trying to discover myself as to how else I can grow as an individual, singer, actor, producer—anything.”

Piolo doesn’t feel the pressure to become a “family man,” either. “I feel young, and I still have a lot to offer,” said the actor, who also cited his lack of time and travel goals as two of the reasons that stop him from going out and seeking a partner.

“I love to travel, that’s my only splurge. And I still want to be able to cover more countries; this is the thing that I have always wanted to do, to travel the world. And now, I’m finally able to do that. I’m enjoying the freedom of being able to travel at my own pace,” he said. “That’s why I don’t want to entertain thoughts of being in a romantic relationship.”

Piolo, who’s one of the most health-conscious and sports-minded personalities in show biz, said that maintaining an active lifestyle helps him do his job as an actor better. “When you have training, you’re forced to sleep and wake up early; you get to avoid partying, stuff like that in the process. And you also have positive energy on the set,” he pointed out.

“The endorphins and energy you feel after working out is addictive. It’s not tiring, but rejuvenating. Nakakabata,” he quipped. “I hope to inspire more people to lead a healthier life. It doesn’t matter how old you are. You have to start somewhere.