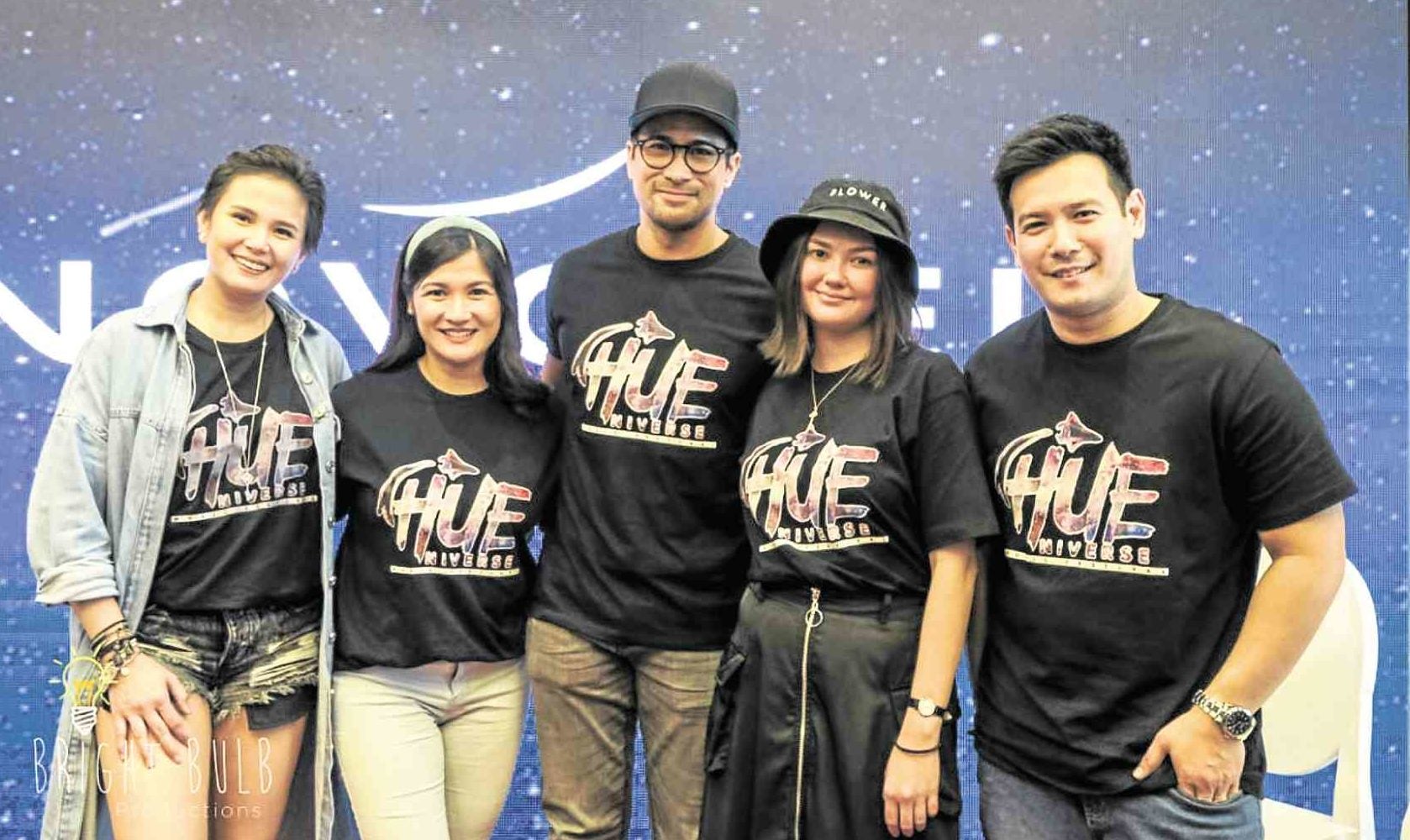 It has been said that doing business with friends or family isn’t always a good idea.

John Prats did consider this cautionary advice when he thought of mounting a music festival with his friends, Sam Milby and Angelica Panganiban; his sister, Camille Prats; and his wife, Isabel Oli. They went for it, nonetheless, but not without setting a hard-and-fast rule: No fighting over money.

“We made it clear from the very start that, if we were to get into this project, we can’t fight over money,” John said, when asked by the Inquirer if he had any misgivings about coproducing “Hueniverse”—set on Sept. 28 at Filinvest City Events Grounds—with his loved ones.

John, who has branched out to directing live shows in recent years, said everyone who hopped on this venture did so of his or her own volition. “Walang pilitan. If they want to invest, they invest. We don’t go around forcing people,” he said, adding that maintaining trust among his friends-business partners is crucial.

“I trust them, and they trust me. We ask about each other’s ideas. And even if we’re not on the same page about something, we’re confident enough that such disagreements wouldn’t affect our relationship,” John said.

“I’m sure there have been instances of falling out among friends who decided to do business. But we’re very close; our bond is deep,” Sam added, echoing John’s sentiments.

Angelica, on the other hand, admitted that she initially had some worries, because she knew friendship weighs more than business. “But you can’t have that kind of mentality. The investment you put in your friendship is worth more than money,” said the actress, who’s fond of attending music festivals around the world.

Hueniverse, which is presented by Sun Cellular, will feature a lineup of new and established acts of various genres, including pop-rock bands Sponge Cola and Autotelic, DJs Borgeous, Tom Taus and Katsy Lee, indie bands Agsunta and The Ransom Collective and the hip-hop group Allmo$t (call 470-2222). 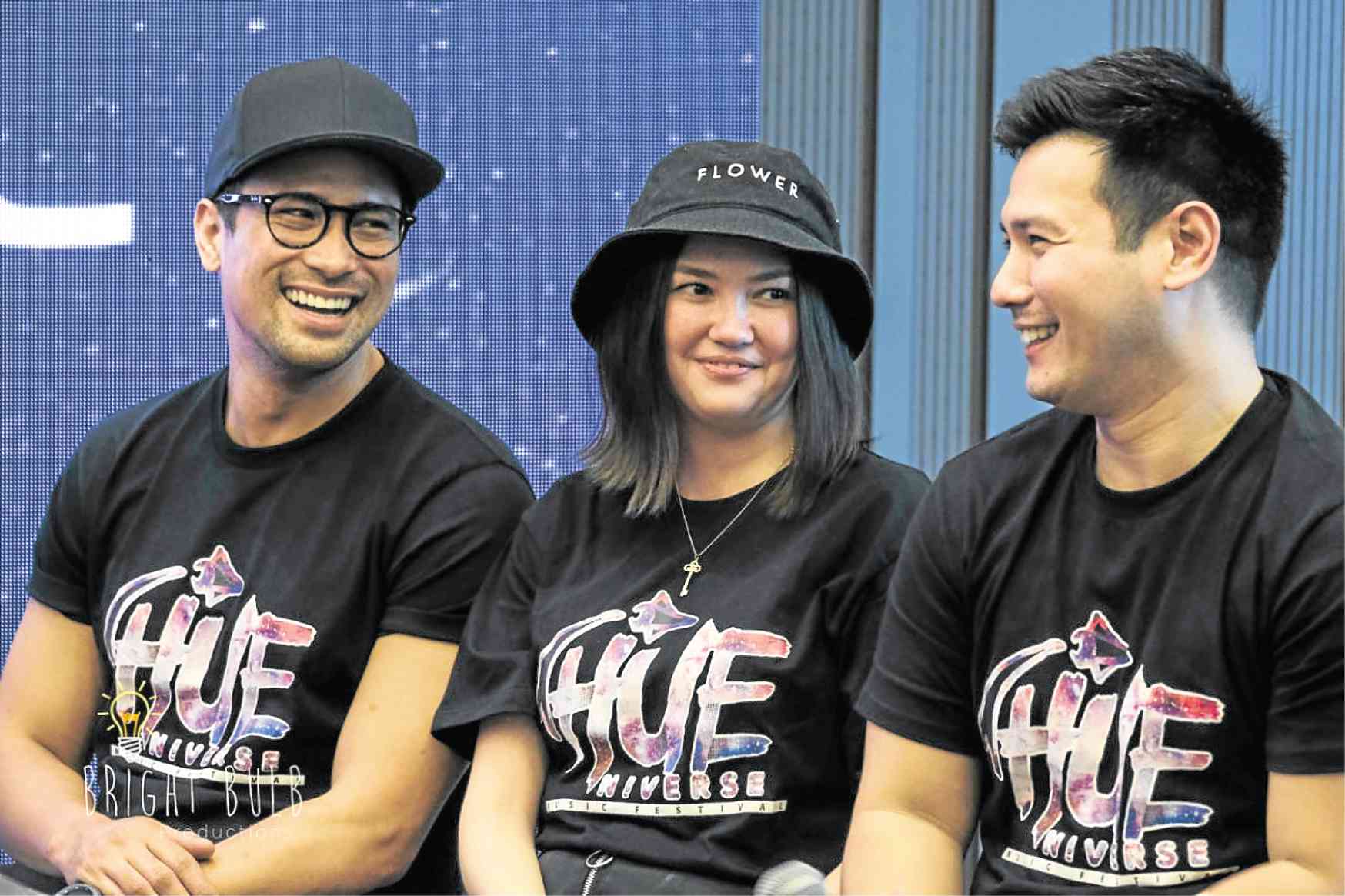 “It’s called Hueniverse because we want people to get lost in the different types of music and art, and make sure they get their money’s worth,” explained John, who has been focusing more on concert directing and business these days, because “they get me excited.”

“Doing a show at an open-air venue will be a challenge, because many of the shows I have directed before were at enclosed venues,” John pointed out. “Also, to make sure that there’s no dead air, we will be employing a two-band stage setup, so that everything flows seamlessly.”

The dream, John said, is to make Hueniverse an annual, multiple-day event and expand its roster further to include international musicians. But first, they have to deliver, not just in terms of music, but the entire experience, as well. That’s why the group isn’t leaving no stone unturned when it comes to logistics and security.

“Of course, if we want our event to be a yearly affair, we have to make sure that it’s a fun and safe place to be in. We made sure to comply with the security details required by the local government—manpower, ambulances, firetrucks, etc.,” he said. “We’re not taking anything for granted.”

“Our names are at stake here, so we have to deliver what we promised,” John said. “We’re more focused on our long-term goals. More than the money, we want to establish our brand and protect it.”