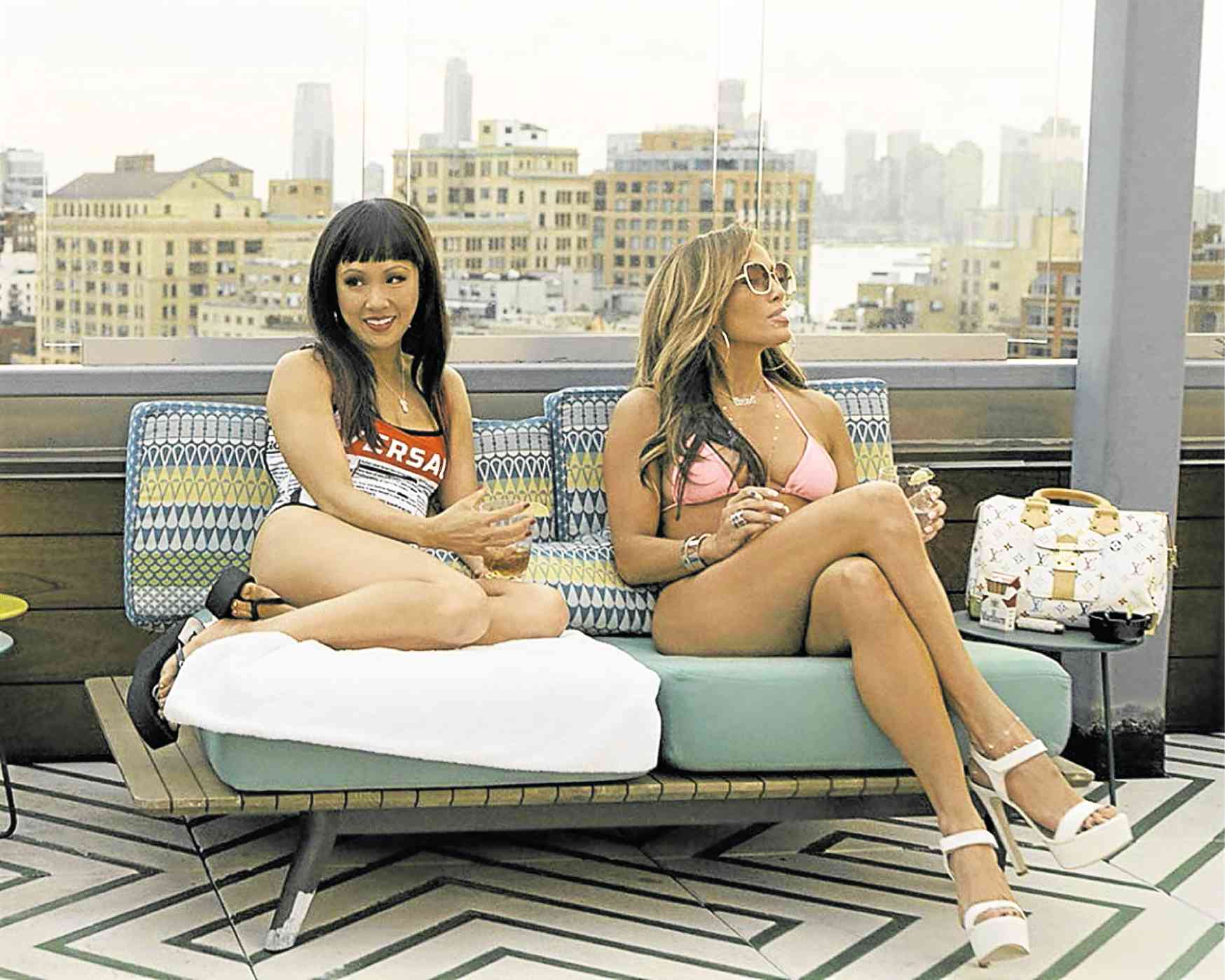 LOS ANGELES—“Now we’re talking, baby. Oh, I’m a hustler for sure,” Constance Wu quipped with a laugh when asked how much of a hustler she is in real life.

The “Crazy Rich Asians” star plays one in “Hustlers,” which is turning out to be a box office hit for her and her costar, Jennifer Lopez.

In Lorene Scafaria’s film inspired by a New York magazine article, Constance plays Destiny, whom Jennifer’s Ramona takes under her wing in the strip club they work in. The two new pole-dancing pals and several other girls band together to turn the tables on their clients—mostly stock traders and CEOs—by drugging them and stealing their money through their credit cards.

Both Constance and J Lo are exceptional in the comedy-drama.

Excerpts from our interview with Constance in Toronto:

Adele Lim quit as cowriter of the “Crazy Rich Asians” sequels over what she claims was a pay disparity with her white male counterpart (Peter Chiarelli). What are your thoughts on that? I love Adele and I am so sad to hear that she left. I’m even sadder to hear that it was such a huge pay discrepancy. As a feminist and an advocate for equality, I find it unfortunate that actresses aren’t really privy to that information. If I had been a producer or a studio executive, maybe I would have known and I would have tried to say something.

I’m glad that people are talking about it, because it takes a lot of courage to speak about it. I want all the best for Adele.

And can you clarify once and for all about what you yourself called “Twitter fiasco” when you tweeted your seeming disappointment over the renewal of your TV series, “Fresh Off the Boat”? Yes. I would love to clarify about that because I really love “Fresh Off the Boat.” I love the cast and crew. I love everything about it. I’m in my sixth year and all of our crew have stayed the same from year one to year six. That doesn’t happen a lot in network TV. That only happens if it’s a good show to work on, with peaceful people to work with.

And so me having one moment of heat, which wasn’t even about the show—it was about me having to give up a project (a play) that I had been chasing for a while and that I really loved. I was blindsided by it and I had to give up something I really loved.

It didn’t mean that I don’t love “Fresh Off the Boat.” I do love it so much. It pains me that people misinterpreted it and that it caused some distress to Karey Burke (president of ABC, which airs “Fresh Off the Boat”) or other people.

How did you choose “Hustlers” as your next project after the hugely successful “Crazy Rich Asians?” Around the time “Crazy Rich Asians” came out, I read a bunch of scripts that were being offered to me. This one really stood out. I really responded to how the script humanized all these girls and took this profession that’s really fun and flashy but also has a lot of heart.

And I’m always looking for filmmakers and artists who want to express heart, and they did that for these girls.

Did you ever imagine that one day, you will star with Jennifer Lopez in a movie about strippers? Oh my God, never in a million years would I have imagined that. But I feel like the luckiest girl in the world, even just to get to work with Jennifer, let alone dance with her. She’s a great person. She’s one of the most caring people I’ve ever worked with. I learned a lot from her. We’re just having so much fun celebrating this movie together. 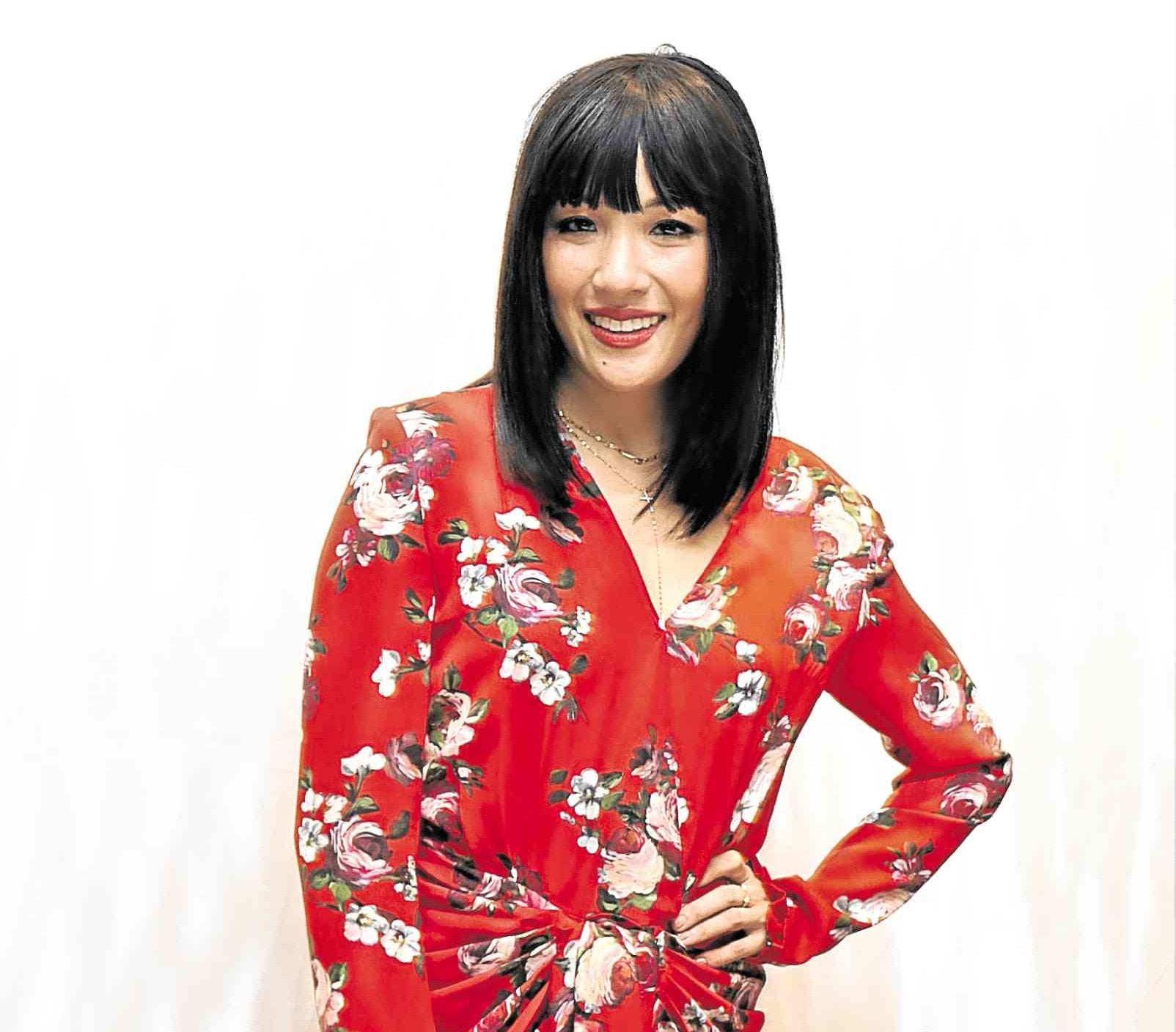 What did you learn from Jennifer? I learned how to really listen because she listened to all the girls in terms of not just what they said but listened to their behavior, how they were feeling and made sure that everybody felt really cared for on set.

That’s why our set was such an amazingly positive sisterhood of a place. It’s because she was our leader. She was running the show and she set a tone of love and support.

I learned some dance moves from her, for sure. I learned that you don’t need to be embarrassed of your power. Jennifer is somebody who knows how to own a stage.

A lot of women might become self-conscious doing that. It’s very brave and powerful that she did that. She taught me how to claim and own that as well, which was a huge lesson for me.

Can you tell something about Jennifer that is not widely known? This is why she looks so good—she doesn’t drink alcohol at all ever. Like in her whole life. She told me she’s taken a couple of sips of champagne like during a toast or something, but she never drinks alcohol. I am the opposite (laughs) so I was very surprised. But if you want to have her beautiful skin, that’s one way to do it.

What did you learn from the strippers that you interacted with for the role? They’re all really regular girls. What surprised me the most was the system behind the strip clubs. I didn’t know that you had to tip the DJ, bartender, house mother, manager, bouncer, busboys. Then you also have to pay a club fee to work there because you’re independent contractors.

And then if you want to go home early, you have to pay a penalty for the privilege of going home early. If you’re having a slow night, you have to pay the house. So, it’s like you see these women who are making all this money, but a lot of it they don’t get to take home because they have to tip all these people. It’s like doling out gratitude when they’re the ones who are putting on the show.

Are you using your new skills from the movie in your private life? If I was better at them, I’d use them.

I read that you and Jennifer said that pole dancing can feel empowering. Can you talk about that, especially in the context that some men see Asian women as sex objects? If you think about it metaphorically on a pole, you’re pulling yourself up with your strength. And sometimes it seems like women start 10 steps behind everybody. It’s empowering because you find muscles that you’ve never used before and you find ways of expressing your body that have never done before.

So, for me, it wasn’t about sexuality and fetishization, but it was about the possibility of the human body and of the spirit just to transform an audience, and make some dollar bills.

One of the motivating factors of your character is for her to be able to take care of her grandmother. Have you been in a position to give back? Yeah, one of the best parts about success is being able to help people who helped you on your way up and that include family and friends. I just bought my dad a brand-new kitchen, so he loves that.

What did you have to do in order to get fit for this role? It was really just the dancing because dancing utilizes every single muscle and when you do that, you just naturally get strong. I was also trying to work on my flexibility, so while I was working on “Fresh Off the Boat,” and during lunch every day, I would sit in the splits. I would try to move an inch every day.

What did your family and friends say when you said your next role is a stripper? My family is highly academic. Everybody’s really clean-cut and straitlaced. I’ve always been sort of the outlaw or the clown.

They are never surprised when I do something crazy. They’re more surprised if there’s a span of time that goes by without me doing anything crazy.