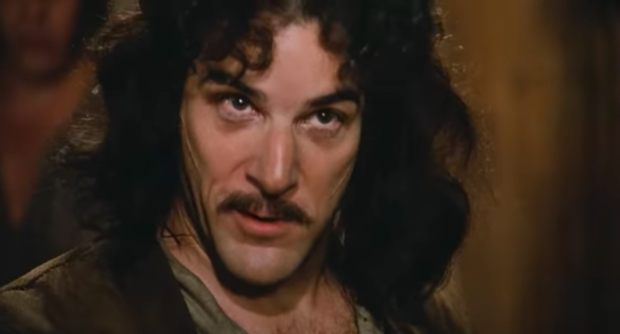 Mention the possibility of a remake of the 1980s cult classic “The Princess Bride” and Twitter goes over the edge.

That was the lesson learned by Sony Entertainment’s chief executive when he casually floated the notion in an interview published Tuesday, prompting a social media firestorm from thousands of fans and a large handful of celebrities, many personally offended by the very idea.

“There’s a shortage of perfect movies in this world. It would be a pity to damage this one,” Cary Elwes, who starred as dashing protagonist Westley, wrote on Twitter, borrowing a famous line from the film.

The 1987 hit love story, directed by Rob Reiner and written by William Goldman, came to represent fairytale film perfection for a generation of moviegoers.

One of its most famous lines, “Inconceivable!” delivered by actor Wallace Shawn, seemed to summarize Twitter’s collective outrage.

“Oh really?” retorted U.S. actress Jamie Lee Curtis, who is married to Christopher Guest, also known as Count Rugen, a man with an extra finger, by fans of the beloved film.

“Well, I married the six-fingered man, obviously why we have stayed together for 35 years and there is only ONE The Princess Bride and it’s William Goldman and @robreiner’s,” she wrote on Twitter.

In addition to Elwes and Robin Wright, who starred in the film’s leading roles, “The Princess Bride” featured a potpourri of Hollywood notables such as Mandy Patinkin, Billy Crystal and wrestler Andre the Giant.

Sony Pictures Entertainment CEO Tony Vinciquerra mentioned the possibility of a remake in an interview in Variety for a profile on the movie’s executive producer, Norman Lear.

“We have so many people coming to us saying, ‘We want to remake this show or that show,'” he said. “Very famous people whose names I won’t use, but they want to redo ‘The Princess Bride.'”

Canadian-American comic actor Seth Rogen responded to the notion on Twitter with an indignant “I would never dare,” but the shock and a sense of being personally wronged extended well beyond the Hollywood hills.

“Inconceivable that anyone would even think to try…” Republican U.S. Senator Ted Cruz said of a remake, in a series of tweets that also included the all-caps warning: “DON’T MESS WITH PERFECTION.” NVG