K-pop group BTS, comprised of J-Hope, Jimin, Suga, RM, Jungkook, Jin and V, is reportedly back to work after having announced an extended break in August.

At the time, their management group Big Hit Entertainment claimed that the break would give them a chance to “enjoy the ordinary lives of young people in their 20s, albeit briefly.” 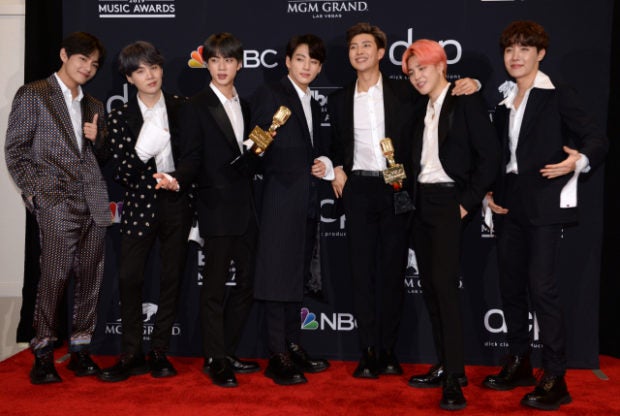 “This period of rest will be an opportunity for the members of BTS, who have relentlessly driven themselves towards their goal since their debut, to recharge and prepare to present themselves anew as musicians and creators,” the management group said in a statement.

Now, according to K-pop blog allkpop, BTS is headed to Seoul’s Incheon International Airport on Sept. 16 to continue their overseas promotional schedules.

The group is set to continue their “Love Yourself: Speak Yourself” tour in Saudi Arabia on Oct. 11, followed shortly after by shows in their native Seoul on Oct. 26 and 27.

BTS unveiled their third Korean studio effort, “Love Yourself: Tear”, in May 2018. It debuted at No.1 on the Billboard 200, becoming the first K-pop record to lead the United States album chart.

This past June, the boy band returned with the compilation “BTS World: Original Soundtrack”, which accompanied the release of their Netmarble mobile game “BTS World”.

Last August, singer Jungbook unveiled a snippet of a new English-language song to celebrate his 22nd birthday, without revealing when it will be officially released.

“When I see you smile on the screen/You’re good at everything/You’re just perfect/Feels like I’ve never been you,” he sings in the teaser. RGA/JB