How Jean faced her fears for assassin role 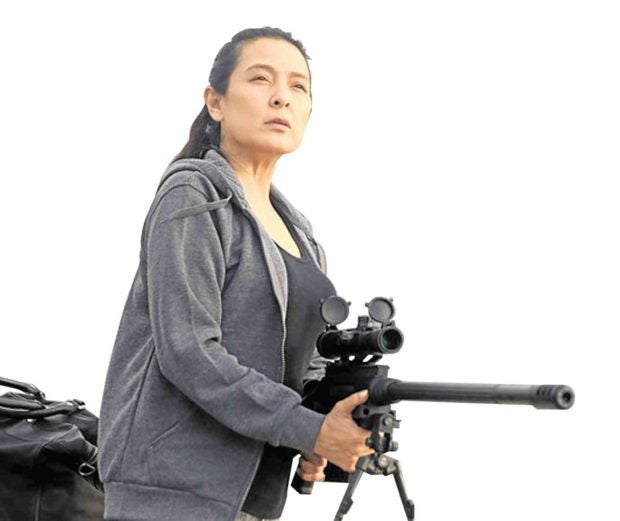 “I’m an assassin. How cool is that?” said actress Jean Garcia, who plays the lead role in the action film “Watch Me Kill,” one of the 10 entries in the third edition of Pista ng Pelikulang Pilipino, which will screen in selected theaters nationwide starting tomorrow.

“The first images that came to mind are Uma Thurman in ‘Kill Bill,’ then Charlize Theron and Zoe Saldana. I’m excited!” she told the Inquirer. “Gusto kong isali ang sarili ko sa kanila. I said, ‘If they can do action, so can I.’ I’ve done all sorts of movies, but it’s my first time to do an action film. I agreed to the project because I liked the script the first time I read it.”

“Watch Me Kill,” which also stars Jay Manalo and Junyka Santarin, is directed by US-based filmmaker Tye Acierto. Jean and Tye first spoke about the project over the phone, wherein Jean told him she was interested in it, “but I wasn’t sure if kaya ng powers ko since I’m scared of bomb blasting, and of getting injured.” 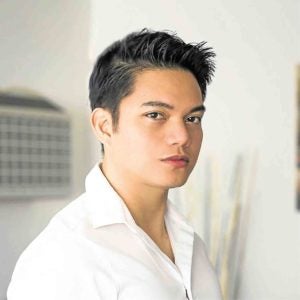 Jean also asked that she first undergo intensive stunts and weapons training before plunging into film production. “So I won’t be the cause of the movie production’s delay. At least, I’d be confident in holding guns and fighting,” she explained.

For a week, Jean trained under the International Krav Maga Federation (IKMF) Philippines. Krav maga is a military self-defense and fighting system developed from a combination of techniques from boxing, wrestling, aikido, judo, karate and street fighting.

“I discovered matapang din pala ako! I used to feel scared because of the experiences of my coactors who did action in the past. Robin (Padilla) burned his arm during a blasting scene,” Jean said as an example. “But now that I know what to do with weapons, I became more confident. I realized that if you trust the people who trained you, you will not be scared of anything anymore.”

As for Tye, whom the Inquirer chatted with shortly before he arrived in Manila from the United States, he said he has proposed the role of Luciana, the assassin, to different artists “but it was Ms Jean who truly expressed keen interest in portraying her.”

Tye said Jean “lifted the character off the pages of the screenplay and took the role as if it was written for her. She was willing to explore and, best of all, was collaborative,” he observed.

According to Tye, the lack of female-led action thrillers in the country was a great push-through in cultivating the idea for the film. “While there have been movies about heists gone wrong or contract killers on a mission, there are a few films that truly explore the psychological aspect or consequences of those actions,” he pointed out. 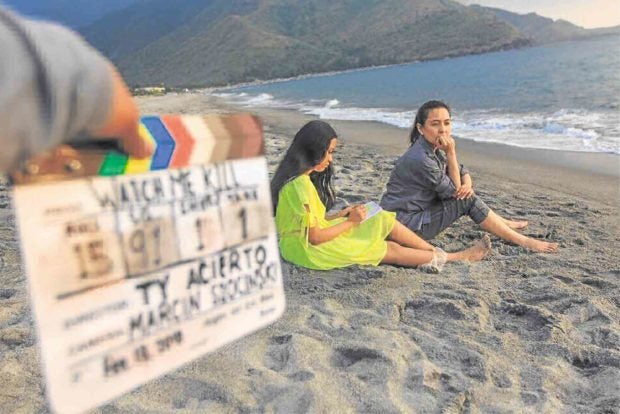 A scene from “Watch Me Kill”

Jean explained that Luciana was separated from her parents when she was young. She then got involved with a human trafficking syndicate, which she tried to escape from. She killed someone while in the process of saving another child.

“Because of that incident, she decided to train as a way to later on protect herself from bad people,” said Jean. “She intentionally lives alone and doesn’t have any family. She is convinced that she’s incapable of feeling emotions until she meets a young girl who eventually changes her outlook in life. The child teaches Luciana how to smile again.”

Sadly, she also made Luciana lose her focus, said Jean. “Nagpabaya siya. That’s when the story gets tricky.”

What’s also interesting to point out was the fact that director Tye did not use a digital camera to shoot this film, but a Super 16mm Kodak Vision3. He chose film camera to shoot “Watch Me Kill” for two reasons: “No. 1, it’s a dying art. No. 2, it fits the genre of our movie: gritty, poetic and atmospheric.”