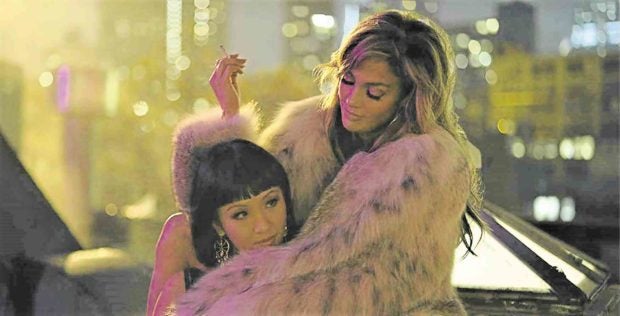 LOS ANGELES—At 50, Jennifer Lopez is in top form, physically and as an actress playing a stripper, in “Hustlers.”

She and Constance Wu make an unlikely but engaging, effective pair as pole dancers who one day decide to turn the tables on their Wall Street patrons.

J Lo herself produced “Hustlers,” an involving comedy-drama powered by women: director and writer Lorene Scafaria; Jessica Pressler, who wrote the viral New Yorker article, “The Hustlers at Scores,” on which the screenplay is based; a predominantly women cast, which includes Julia Stiles, Keke Palmer, Lili Reinhart, Cardi B, Trace Lysette and Mercedes Ruehl.

In this Toronto interview, “Jenny from the Block” did not disappoint in the glamour diva department. She walked into a room at the Fairmont Royal York in a glittery blue dress, carrying a little black purse and wearing lots of bling.

The singer-actress answered candidly and with humor—from questions about her fiancé, former baseball star Alex Rodriguez, to her kids. 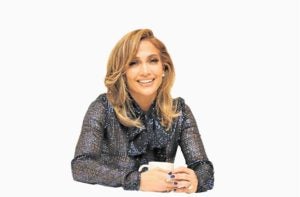 Congratulations on your engagement to Alex Rodriguez. Are you looking forward to the big day? Thank you. Obviously, I’m looking forward to it. We don’t have any concrete plans right now. Alex and I had a connection from the very beginning and maybe could see a future for ourselves. And we talked about it a few times. But when he proposed, it was a surprise for me.

What works so well between you and Alex? We love each other. We love being around each other, and we have a lot of respect for each other. Both of us show up for each other. That’s a big deal in a relationship, especially when you are both strong people who have two big lives.

That means yes, coming to concerts, games, me going to his ball game, all that stuff. He constantly shows up for me in every way, emotionally, physically, and that’s a beautiful thing and for our family and our kids.

You are both very busy. How do you relax together? We steal moments. Like last week, we went away on a little vacation for four days. He had work to do on that vacation and I can’t tell him not to work because then the next thing I know, I am picking up a script and trying to make notes on it.

What do you do in your time together? Hmm, private stuff.

You and Constance Wu are good together in this movie. Did you know Constance personally before this? Honestly, I had not met her before. In the actual article (“The Hustlers at Scores” by Jessica Pressler) the film is based on, one was a single mom from New York and Constance’s character was an Asian girl. And so, it seemed like the perfect casting. And they are an unlikely pair. We are, too, in real life.

I loved working with Constance. I immediately took her under my wing. Being one of the producers of the film as well, I wanted her to feel comfortable. And I wanted for her to feel loved, because one of Ramona’s gifts is that she makes people fall in love with her.

And then she manipulates them and that goes good and bad with Ramona. I thought Constance did an amazing job, too. 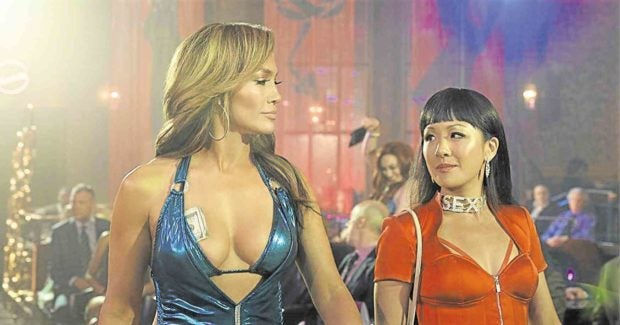 What interested you in telling this story? A movie like this reminds me of “Goodfellas” or “Boogie Nights,” where you delve into a world that’s an underground sexy world, but it is also super dangerous. We’ve never seen that from a woman’s point of view.

The same with the day-to-day of the Mafia with “Goodfellas.” You are like, they are eating pasta and they are doing this, and then they’re killing people. It’s just like a crazy thing. And so, to me, to be a part of a movie like this was a dream come true.

But you’ve never had an all-female cast from the women’s point of view, with a woman director, with women producers. I am incredibly proud to be a part of that movement.

The main characters are single moms who lead these double lives. Can you talk about that? To a certain degree, strippers do have somewhat of a double life. They do this thing at night. And then they go off into their lives and they are regular people who wear jeans and sweatshirts. 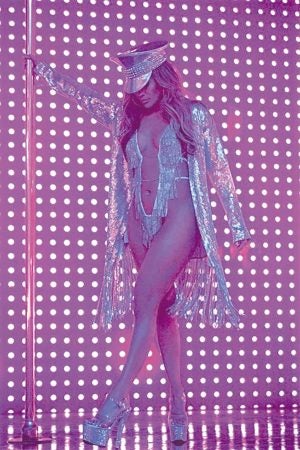 How does Ramona resonate with you since you also have a dance background, you took charge of your career and that people who work with you say that you are a caring person? A lot of the good things about her are similar to some ways that I am. I am maternal, I do like to take care of everybody on the set and make sure they are OK, especially when I am a producer. But even when I am just an actor, I like to create that type of atmosphere.

Also, Ramona’s ambition, power, just being a single mom, all of those things were things that were in line with what I do. Now the darker side of her was something that I had to get into in a way, because I try to live my life so good and by the book and doing the right things.

But this was a character who was unapologetic about what she was doing. What she was doing was mean, illegal and hurting people. When I watched the film the first time, I got sick to my stomach. Because it was hard to see myself being that person, because it was so far literally from who I am.

But when I was playing Ramona, I didn’t think twice about it. It was like a singular focus of who she was and what she had to be, and it was very pimp-like. She took these women under her wing but then manipulated them, kind of bullied them into staying there a tiny bit.

And the negative and moral stigma? All of it. The morality of it, the stigma that is attached to strippers, or they are lower than us and they are this and that.

So, it’s a different mind-set and it’s about seeing and looking at it in a different way and understanding that they are people, too. And that nobody here is perfect. Everybody makes different choices at different times in their life for different reasons. None of us gets the right to judge anybody else.