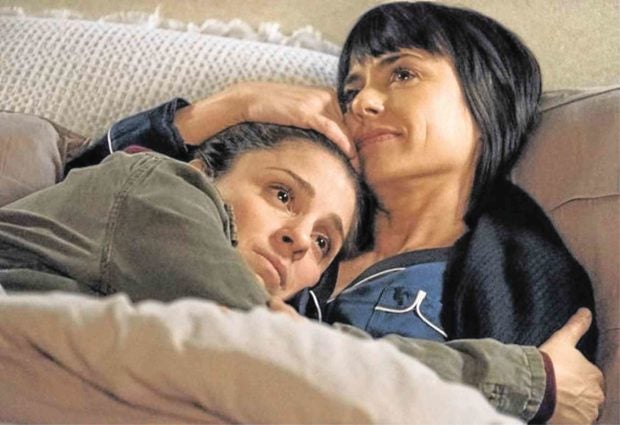 Scathing till its last breath, the drama series “UnReal” ends the way it started—with women on top.

In its fourth and final season, the dating tilt satire bombastically presents the recharged duo of showrunner Quinn King (Constance Zimmer) and producer Rachel Goldberg (Shiri Appleby), collaborators who share a beneficial bond as often as they’re at each other’s throats.

That tumultuous mentor-mentee rapport gets tested for the last time in the eight-episode season airing on Lifetime, as Rachel acts like one of their show’s bachelorettes behind the scenes.

No, she isn’t one of the “suitresses,” as one teaser trailer made her appear to be, but she’s glammed-up, blonde and chooses to bed the men she likes—and they’re contestants of the reality show.

While she and Quinn have slept with the contestants before, Rachel’s up to something different this time. It’s “Everlasting All-Stars,” bringing back some of the most popular bachelors and bachelorettes—and even some inexplicable wild cards—in a more cutthroat game.

With Quinn distracted by her romantic reunion with “Everlasting’s” cocreator Chet Wilton (Craig Bierko), Rachel’s more involved with the complex goings-on in the competition, expertly manipulating hapless contenders to reach some sort of endgame.

And, just as manipulative in his own way is the new producer Tommy Castelli (Francois Arnaud), who learns the ropes fast, and gets drawn to the increasingly unstable Rachel.

The uber-demanding Quinn wants to have children, something she couldn’t do because of the life she’s leading, but also because she’s got medical issues. But, this season, she learns that she is pregnant, leading to a shift in priorities.

Rachel, meanwhile, was an abused child, which eventually led to an on-air breakdown. She’s used the show to forget her past, but this season, she creates a scenario where a female contestant confronts her date-rapist, a male contestant who gaslights people about the assault.

Also working with the two women is Jay Carter (Jeffrey Bowyer-Chapman), a gay producer who gets entangled in his own mess—getting intimate with a druggie contestant who’s in denial of his homosexual proclivities.

The show, cocreated by Marti Noxon and Sarah Gertrude Shapiro, will be missed—the latter was a producer in “The Bachelor” and directed “Sequin Raze,” a short film that inspired the “UnReal” series. 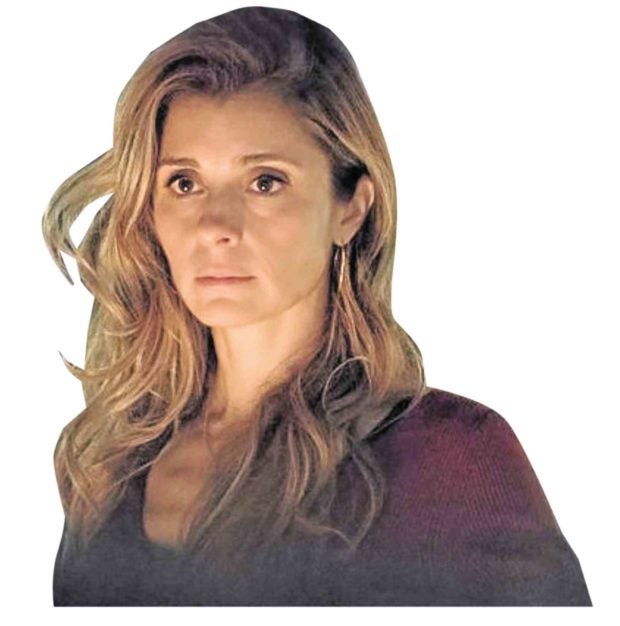 While its characters are far from being strait-laced—Quinn actually considers “hateful, conniving b*tch” a compliment—they’re willing to get dirty to produce results. Almost anything’s fair game in the ratings race, after all, and these women have to work twice as hard as men to be as successful.

And, underneath the puppetry involved in running a viewable and entertaining TV contest are deteriorating people—they’re not exactly the most likable persons around, but thanks to sublime and consistent portrayals by Appleby and Zimmer, it’s easy to sympathize during their moments of vulnerability.