‘Putting It Together’ | Inquirer Entertainment

Seems right to use the title of one Sondheim song from “Sunday in the Park with George” to describe the process of piecing our Sondheim show, “Sweeney Todd.”

Bobby Garcia led the day, talking about our sets designed by David Gallo, costumes designed by Rajo Laurel complete with color palettes, and the concept of this particular version of “Sweeney Todd.”

It goes without saying that I will not be revealing a thing about what the show is going to look like, in order for our audiences to be surprised by each element that will aid in our storytelling night after night.

Besides, the most important element is the story itself, which isn’t a secret since the musical has existed since the original Broadway production in 1979, and the Tim Burton film starring Johnny Depp and Helena Bonham Carter in 2007.

There have been what seems like a gazillion versions staged all over the world with casts big and small, in venues either intimate or vast.

Following our show-and-tell part of the day, Bobby then told the company that Stephen Sondheim preferred that his shows remain living, breathing beings, and not museum pieces to be revered as originally created.

It makes perfect sense as the versions of “Sweeney” that I’m aware of are all very different. John Doyle’s 2005 production had the actors actually playing musical instruments.

The 2007 film dropped so much of the score to work for a different medium. And the recent revival Off-Broadway at the Barrow Street Theater (when I saw it, starring Thom Sesma as Sweeney and Sally Ann Triplett as Mrs. Lovett) featured real meat pies served prior to the performance, and staged the show in a converted pie shop with only eight actors and four musicians.

I have to laud the casting for this particular production, as it was proof that diversity works: Thom is Japanese-American, Michael James Leslie who played Judge Turpin is African-American, and Zachary Noah Piser who played Tobias is Chinese-American.

Staging has now begun in earnest, and over the next few weeks, we’ll be investigating the Hugh Wheeler book and marrying it with the Sondheim music we’ve all worked hard to get into our heads and bodies. We’ll make into reality the vision Bobby’s been living with for the last however many years, and in October, we shall be letting audiences into our world to attend the tale along with us.

“Sweeney Todd: The Demon Barber of Fleet Street” will open on Oct. 11 at the Theatre at Solaire and will run until Oct. 27. Tickets are now available via ticketworld.com.ph.

To all the fans of “The Voice Kids,” we’d like to thank you for staying tuned and supporting the young artists who have been appearing in the show thus far. We have only two more weekends of Blind Auditions left before Battle Rounds begin.

Will your favorites remain, or will they be shown the door? You’ll just have to keep watching on Saturday and Sunday evenings to find out!

You can also catch up on or rewatch your favorite episodes on iWant.ph. 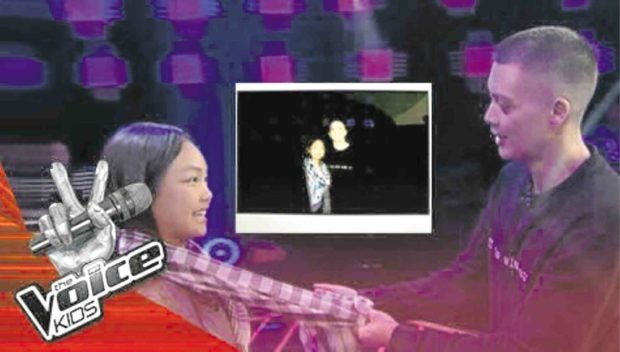 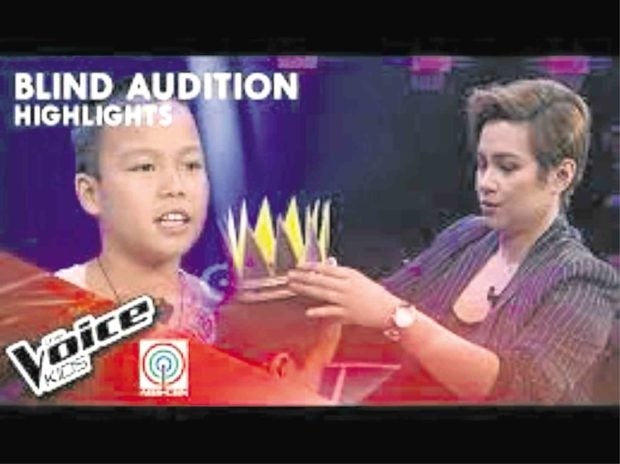 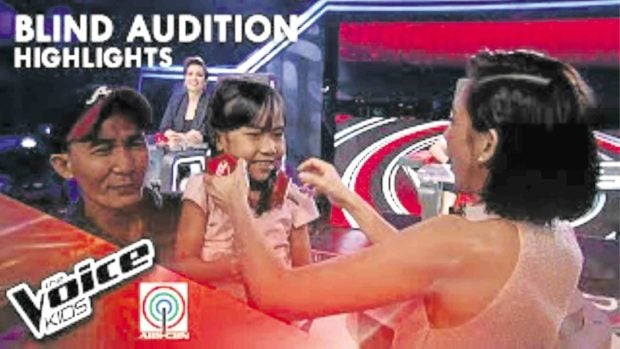 “The Voice Kids” judges: Bamboo, the author and Sarah Geronimo with contestants from the Blind Auditions