'It Chapter Two' number one at box office | Inquirer Entertainment

“It Chapter Two” was off to the races with a gross profit of $185 million during its debut weekend, according to data published by Comscore yesterday, Sept. 9.

For the final chapter in the Stephen King adaptation, Argentinian director Andy Muschietti has broken the record of the reboot’s first installment, which had pulled in over $179 million around the world upon its 2017 release. 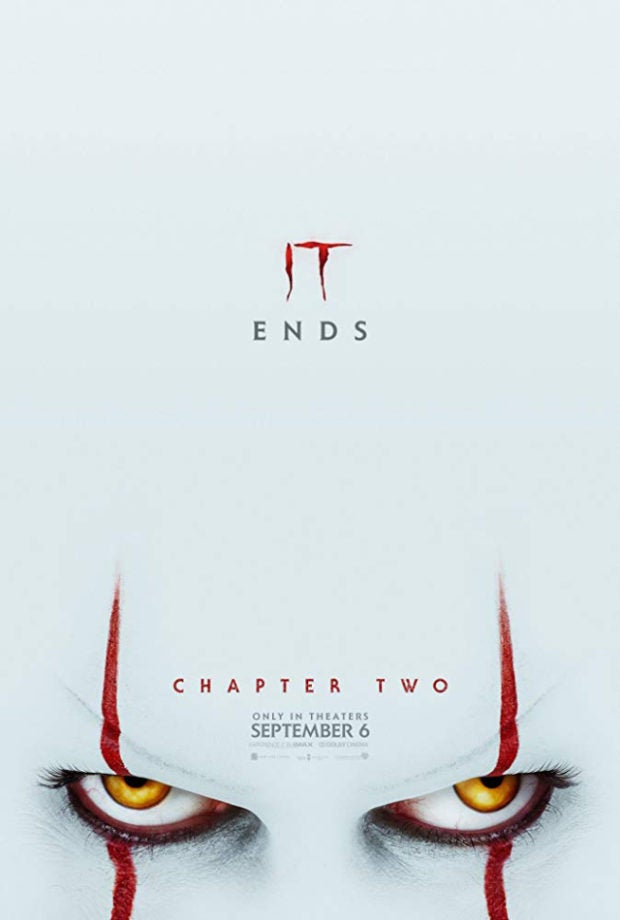 Coming in right behind the demented clown is the explosive trio of Dwayne Johnson, Jason Statham and Idris Elba, who are brought down a peg to second place after leading the list for four weeks straight with their “Fast and Furious Presents: Hobbs & Shaw”, which grossed an extra $19.4 million over the weekend. Since its release in August, the David Leitch caper has accumulated over $719 million worldwide.

Disney retains a presence on the podium, winning a bronze medal with its live-action remake of “The Lion King”. Jon Favreau’s reboot of the animated classic raked in $17.6 million as of the end of the weekend, bringing its total up to over $1.6 billion since its July release.

‘It’ still frightens with its depiction of human crimes

Pennywise back with a vengeance in ‘IT Chapter Two’