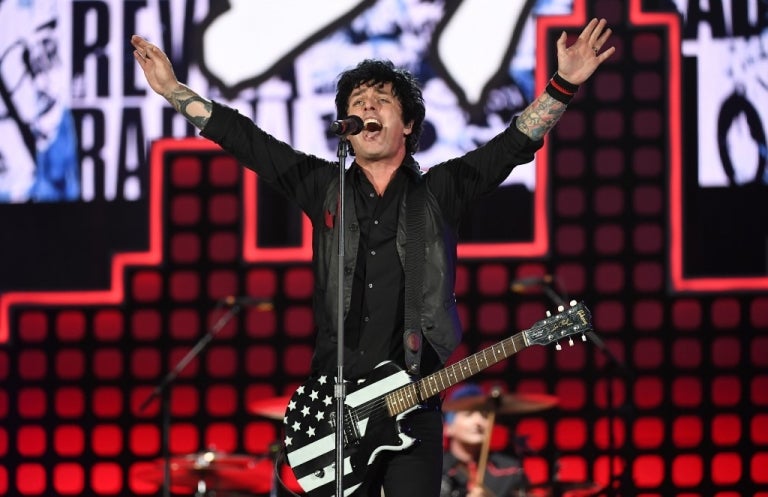 As pointed out by Tone Deaf, speculation arose after the Green Day frontman left a comment on an Instagram post by “The Office” actor Rainn Wilson.

The comment mentioned Weezer’s Rivers Cuomo and Pete Wentz of Fall Out Boy, along with “hella mega.”

Fans of the post-punk band were quick to discover the password-protected website, hellamegatour.com, which only features a GIF of Wilson as Dwight Schrute of “The Office”.

Although details about the project are still scarce, fans noticed mismatched merchandise, which combined images of Fall Out Boy, Weezer and Green Day with mixed-up logos.

Aside from the Hella Mega Tour, Weezer will kick off their South American tour on Sept. 22 in Lima, Peru.

The rock trio will also be joined on stage by Foo Fighters and Tenacious D on Oct. 1 in Bogota, Colombia.

Meanwhile, it has been speculated that Green Day will release a new album soon. The yet-untitled project will follow their 12th studio album, “Revolution Radio”, which dropped in 2016.

WATCH: Weezer channels Mr. Rogers in ‘High as a Kite’