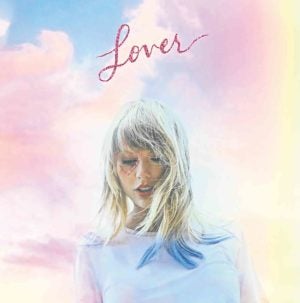 For her seventh studio album “Lover,” pop star Taylor Swift offers a less combative personality in her songs, having done much of her “payback” ditties in her previous “Reputation” release. But it’s not without bold declarations and timely insights—so similar, and yet so different from the country songstress whose catchy confessionals started breaking into the mainstream 10 years ago.

“Lover” is Swift’s more laid-back set of songs, presumably since much of her show biz rivalries were addressed in some of the more scathing tunes of the cathartic “Reputation.” It shares some audible similarities with her 2014 pop breakout “1989,” and a generally relaxed and giddy tone, with many songs most likely inspired by her British actor beau, Joe Alwyn.

One of the standouts, the light and bouncy “London Boy,” gets scenic, jaunting to England via Swift’s fluttering heart: “You know I love a London boy/I enjoy walking Camden Market in the afternoon.”

In the ethereal ballad “Lover,” she sings, “I’ve loved you three summers now, honey/ but I want ’em all,” captivating with a soulful, spellbinding honesty—the girl is in love, and this sounds like a wedding anthem in the making. That can be felt as well in the title track’s Christmas-colored music video; she’s partnered with African-American dancer Christian Owens, who plays her boyfriend, hubby and the dad of her daughter.

The 29-year-old singer-songwriter also gets overtly inclusive, finally, with “You Need to Calm Down,” her LGBTQ-dedicated song that doubles as her, well, calm answer to online haters.

She also tells it like it is in the upbeat, battle-of-the-sexes tune “The Man,” being a woman struggling in a man’s world.

Some of the songs in the 18-track album tend to merge sonically, sounding like each other or a few of her older compositions. “Cruel Summer” sounds like “Getaway Car,” from a few years ago, while “Cornelia Street” sounds like the continuation of “Delicate.”

Be that as it may, Swift actually sounds happy—reminiscing a lot about drinking, lasting love, sometimes lost ones—in the album. But one song that cuts deep is the spare, guitar-accompanied “Soon You’ll Get Better.” It’s a collaboration with the Dixie Chicks, telling her perspective in her mom’s battle with cancer: “Desperate people find faith/so now I pray to Jesus too.”

The singer’s gone through a lot between “Reputation” and this new album. The recent debacle with her record company and, consequently, her master recordings of previous albums being bought by talent manager Scooter Braun, someone she called her bully, has yet to be referred to in song. Whether she’ll pen an angry diss track about that remains to be seen, but she’s announced that she’ll be recording all those albums again.

For now, “Lover’s” lack of blistering rage is summed up in “I Forgot That You Existed,” where she clarifies, “It isn’t love/it isn’t hate/it’s just indifference.”

Her collab with Brendon Urie is the initial single, the cloying “Me!”—with its hair-raising “mee-hee-hee” part—doesn’t quite reflect majority of the album. The rest of the songs are far more listenable and more natural.

As a whole, the new album is less musically inventive than “1989,” but a more comfortable spin than “Reputation”—and still a fitting encapsulation of the artist’s vision and growth, a decade after taking her well-deserved place in the zeitgeist.