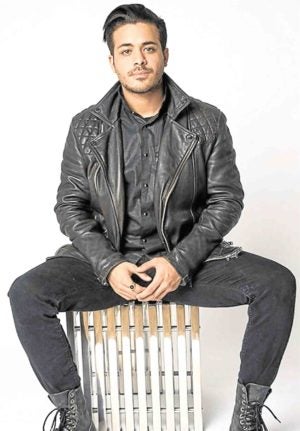 It was “13 Reasons Why” actor Christian Navarro’s birthday last Aug. 21, the day before the third season of the show streamed globally, so he tweeted that he’d consider it the “best gift” if people binge-watched the episodes soon.

In his next tweet, Navarro said, “Season 3 premieres tonight at midnight. So much love and hard work went into this season, and we hope you enjoy it, but more importantly, we hope it moves you. We love you. Be kind to each other.”

The 28-year-old actor from New York, who is of Puerto Rican descent, plays the openly gay mechanic, Tony Padilla, one of the teen-centric Netflix show’s more self-aware characters.

“So how are we feeling about our good friend Tony?,” he asked his fans. Some responded about his character’s resonance; others bemoaned that he keeps getting dragged into other people’s drama, which is true.

In the current season, however, new trouble comes for Tony in a way that he didn’t quite expect (spoilers ahead).

Bringing his boxing-trainer boyfriend Caleb (RJ Brown) to his home, Tony soon finds an empty house, and his parents and brothers missing—they were detained by ICE (US Immigration and Customs Enforcement) and were eventually deported to Mexico.

“For Tony Padilla, family is everything. Blood or otherwise,” Navarro posted. “I dedicate my performance this season to the thousands of young people in this country who are separated from their families and feel hopeless. No human is illegal.”

His story arc, described by some of his followers as “heartbreaking” and “so sad,” reflected the current US administration’s ongoing crackdown on supposed illegal aliens. —OLIVER PULUMBARIT

Read Next
Jean on what sets Alden apart from other heartthrobs
EDITORS' PICK
Acer starts the year off strong with the Aspire Vero National Geographic Edition
Gear up and get ready to play with Yamaha Mio Gear
PH to import 60,000 tons of fish to cover shortage
Workers are exempted from ‘no vax, no ride’ policy – DOLE chief
Over 3 Million worth of prizes to be won at Smart Padala’s SENDali Manalo Promo!
#VotePH2022: COVID, power woes loom as poll concerns
MOST READ
Guevarra to Acosta: Obey rules on unvaccinated
PH to import 60,000 tons of fish to cover shortage
Emma Stone calls Andrew Garfield a ‘jerk’ after he ‘lied’ about his ‘Spider-Man: No Way Home’ appearance
Cold-case investigation names surprise suspect in Anne Frank’s betrayal
Don't miss out on the latest news and information.