Actor Troy Montero got into an accident while competing in the Vios Racing Festival in Clark City, Pampanga last Saturday, Aug. 31.

“I had a pretty big accident at the race track this weekend,” he said in his Instagram post yesterday, Sept. 1.

The crash happened due to Montero going a “little wide” on one of the race track’s curve, as stated by one of the race commenters in the Facebook Live video of Toyota Motor Philippines last Saturday. This led to Montero’s vehicle crashing into the rear of professional racer John Dizon’s car.

The collision had sent Dizon’s automobile flipping in the air, but fortunately, it still landed upright on the track.

Dizon was able to leave his car unfazed but Montero required assistance from the medics to exit his vehicle. The actor was then placed on a stretcher and brought inside one of the ambulances that arrived on the scene.

Montero later revealed that he was brought to the hospital for a computed tomography (CT) and magnetic resonance imaging (MRI) scan to ensure he was okay, as seen in his Instagram Stories yesterday. 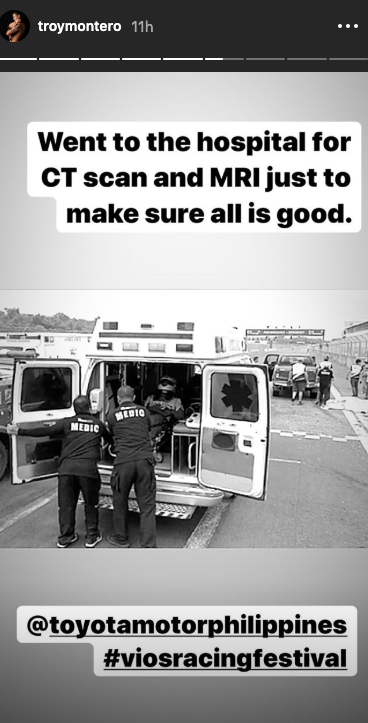 He also assured his fans and followers that everyone is fine, but admitted that he will be “sore and bruised” for a while.

Montero and Dizon were later pictured sharing smiles at the race’s awarding ceremony, as seen in the series of photos Montero posted on Instagram.

Despite the crash, Montero ended up winning 1st place in the celebrity class for the race because his and Dizon’s cars managed to land on the finish line after the impact. Montero was followed by Daniel Matsunaga as the 1st runner-up and Gretchecn Ho finished as the 2nd runner-up. Other celebrities who participated in the race included Montero’s partner, Aubrey Miles (4th place), Gerald Anderson (5th place) and Chie Filomeno. 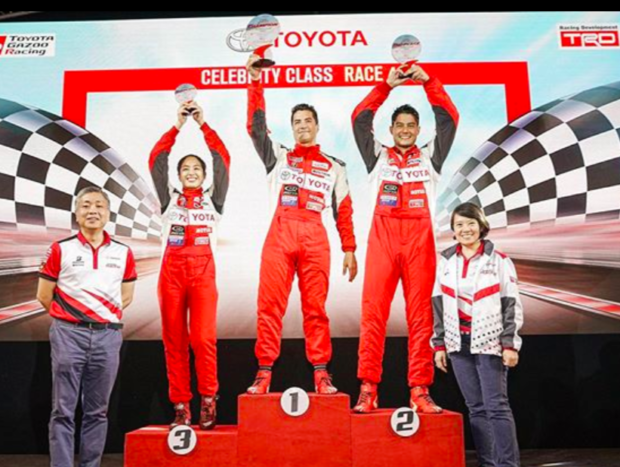 During the ceremony, Montero was showered with beer which he says is a “good thing.” 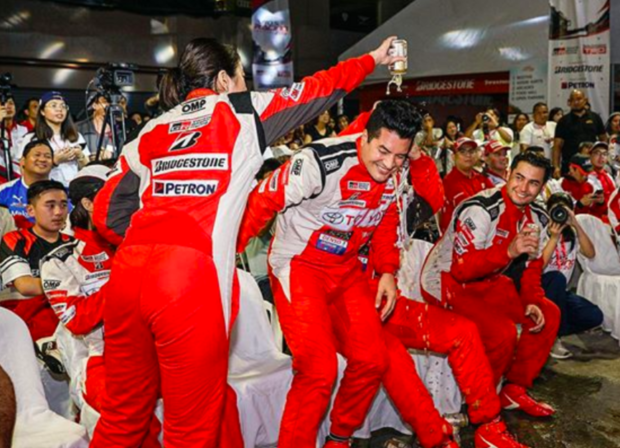 Montero added that even with the damage to the car’s exterior, the driver’s area was “totally untouched.” He pointed out that there were also other equipment such as the roll cage, a race suit, helmet and the HANS (head and neck) device to keep racers like him safe. JB