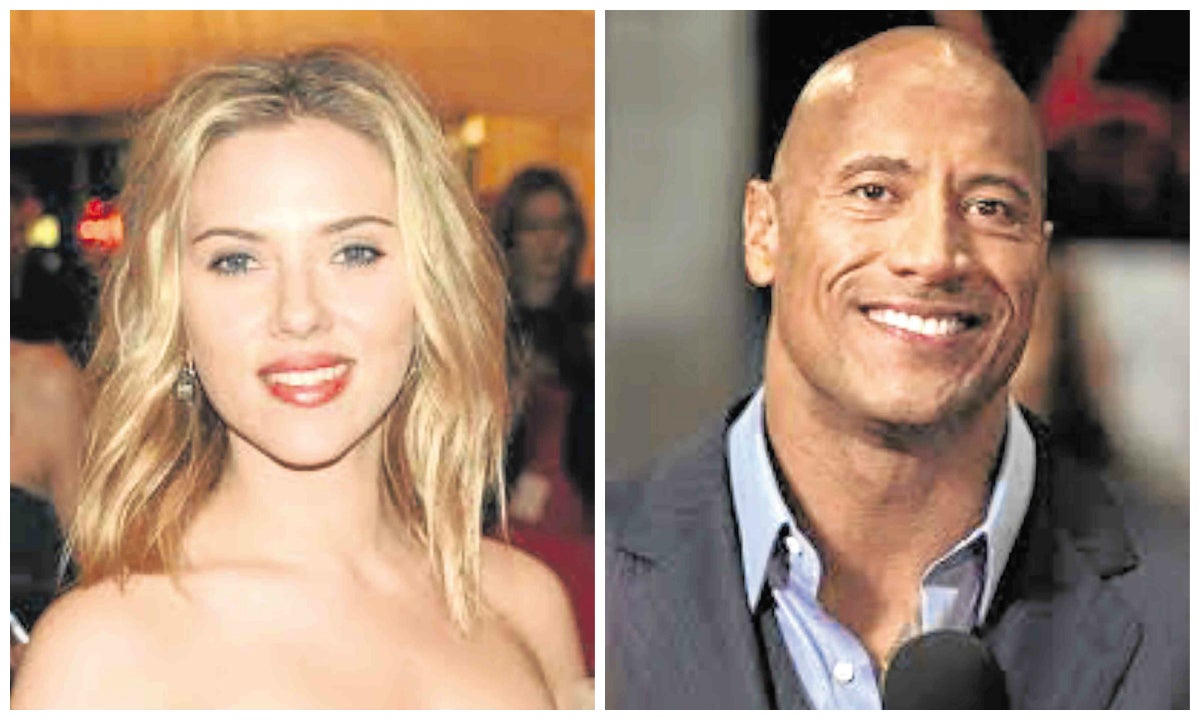 Scarlett Johansson is the world’s highest-paid actress for the second year in a row while Dwayne “The Rock” Johnson has reclaimed his position as highest-paid actor, according to Forbes’ latest annual ranking.

Johansson, 34, earned $35 million, primarily due to the immense global success of “Avengers: Endgame.”

A former professional wrestler, Johnson raked in $89.4 million, rising back to the top spot he last held in 2016.

The actor, 47, scored a major hit with family-friendly reboot “Jumanji: Welcome to the Jungle” and has starred in multiple “Fast and Furious” films including this month’s “Hobbs & Shaw.”

Jennifer Aniston, who came in third in 2018 mainly due to advertising campaigns for major brands, has been relegated to fifth place with a mere $28 million for the year.

But even though Johansson and her cohorts on the list all earned more than $20 million, pay inequality is alive and well in Hollywood. The actress earned $56 million total over the past year, but that amount lands her at only eighth place for the combined list of highest-paid actors and actresses.

On the other hand, Robert Downey Jr., Johansson’s “Avengers” costar, earned about $55 million for his turn as Iron Man in “Endgame.” Downey Jr. comes in at third with $66 million total, behind fellow Avenger Chris Hemsworth ($76.4 million) in second place.
Perennial fixtures on the list, including Bollywood star Akshay Kumar ($65 million) in fourth place and Jackie Chan ($58 million) in fifth place, all returned.