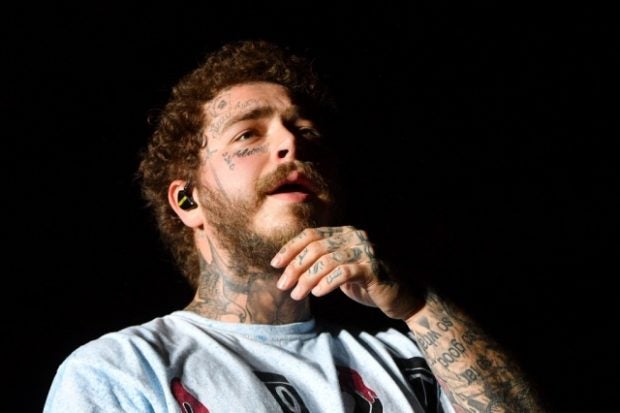 After much teasing, “Circles” arrived ahead of the release of Post Malone’s third studio effort, “Hollywood’s Bleeding,” out on September 6.

The pensive, acoustic-led single, co-produced by Posty with Louis Bell and Frank Dukes, was described by the musician as “a little f**king different” with a “f**king fat groove.”

In “Circles”, Post Malone reflects on a fleeting romantic relationship. Hear “Circles” below.

“Seasons change and our love went cold/Feed  the flame ’cause we can’t let it go/Run away, but we’re running in circles/Run away, run away,” he sings in his signature auto-tuned voice.

The record will follow his 2018 sophomore “Beerbongs & Bentleys,” which earned a Grammy Award nomination for Album of the Year.

Earlier this week, Malone and his manager, Dre London, confirmed the project’s title and release date on social media.

“It’s been hard trying to keep this info away from the [world] especially when it’s gonna be the best birthday present ever. Let’s all celebrate together-Album Is Called ‘Hollywood’s Bleeding’ & is [fire],” London wrote on Instagram.

This fall, Post Malone will hit the road for his Runaway Tour, which he is co-headlining with Swae Lee. The tour kicks off September 14 in Tacoma, Washington.