More to May-December tale than its steamy romance

Marco Gumabao (left) and Anne Curtis in “Just a Stranger”

Don’t be fooled by its seemingly “sampu-sampera” premise, but “Just a Stranger” quickly distinguishes itself from recent movies of the May-December persuasion, like Cinemalaya’s “Belle Douleur” and “Malamaya.”

While Joji Alonso’s “Belle Douleur” is crafted like a proficiently helmed Star Cinema offering, it is for the most part too sterile and thematically “aseptic” for its own good. But at least it works as a showcase for the thespically sublime Mylene Dizon, whose performance is way better than the movie itself.

On the other hand, Danica Sta. Lucia and Leilani Chavez’s “Malamaya” makes its neither-here-nor-there pursuit of art more trifling or snooze-inducing than it should have been.

To be fair, it isn’t as disappointing as, say, Xian Lim’s alarmingly execrable “Tabon” or Kim Zuñiga and Sandro del Rosario’s meandering “ANi.”

But we attribute “Just a Stranger’s” better-than-expected narrative development to its director Jason Paul Laxamana, who has time       and again proven himself to be as proficient as he is prolific. He consistently provides a fresh point of view to worn-out ideas and overused formula.

It’s easy to let Laxamana’s cinematic missteps (“Mercury is Mine,” “The Third Party”) slide if you realize he’s also the guy behind such delectable flicks as “Magkakabaung,” “100 Tula Para Kay Stella,” “Bakwit Boys” and “Between Maybes”—yes, that gorgeous, “Roman Holiday”-channeling Julia Barretto-Gerald Anderson screen romance that could have “started” all the trouble that they’re currently embroiled in.

In “Stranger,” Laxamana coaxes a career-boosting turn from Marco Gumabao, whose cleverly utilized “greenness” and naivete as 19-year-old Jericho/Jekjek are perceptively complemented by Anne Curtis’ award-worthy portrayal of lonely Mae, a married woman who falls for a man half her age. They’re both hurting from unfair expectations from people who don’t love them enough.

There’s a dialogue-free dramatic scene towards the end of the film that should get Anne a much-deserved award or two.

But Marco and Anne aren’t just the only actors who acquit themselves well and make the film more viewable.

We want to see more of the “handsomely maturing” acting chops of the dashing and perpetually dapper Edu Manzano (as Anne’s emotionally distant businessman husband), as well as the scene-stealing Josef Elizalde (as Anne’s bumbling rookie confessor).

Most films from this particular genre rely on the steamy nature of the story to keep them interesting, but this production stubbornly goes beyond tabloid-fodder exposition as it examines unconditional love and the repercussions of infidelity.

It starts out like a kitschy romance that actually ends up saying more—and that’s just the way we like our “main-dies.” 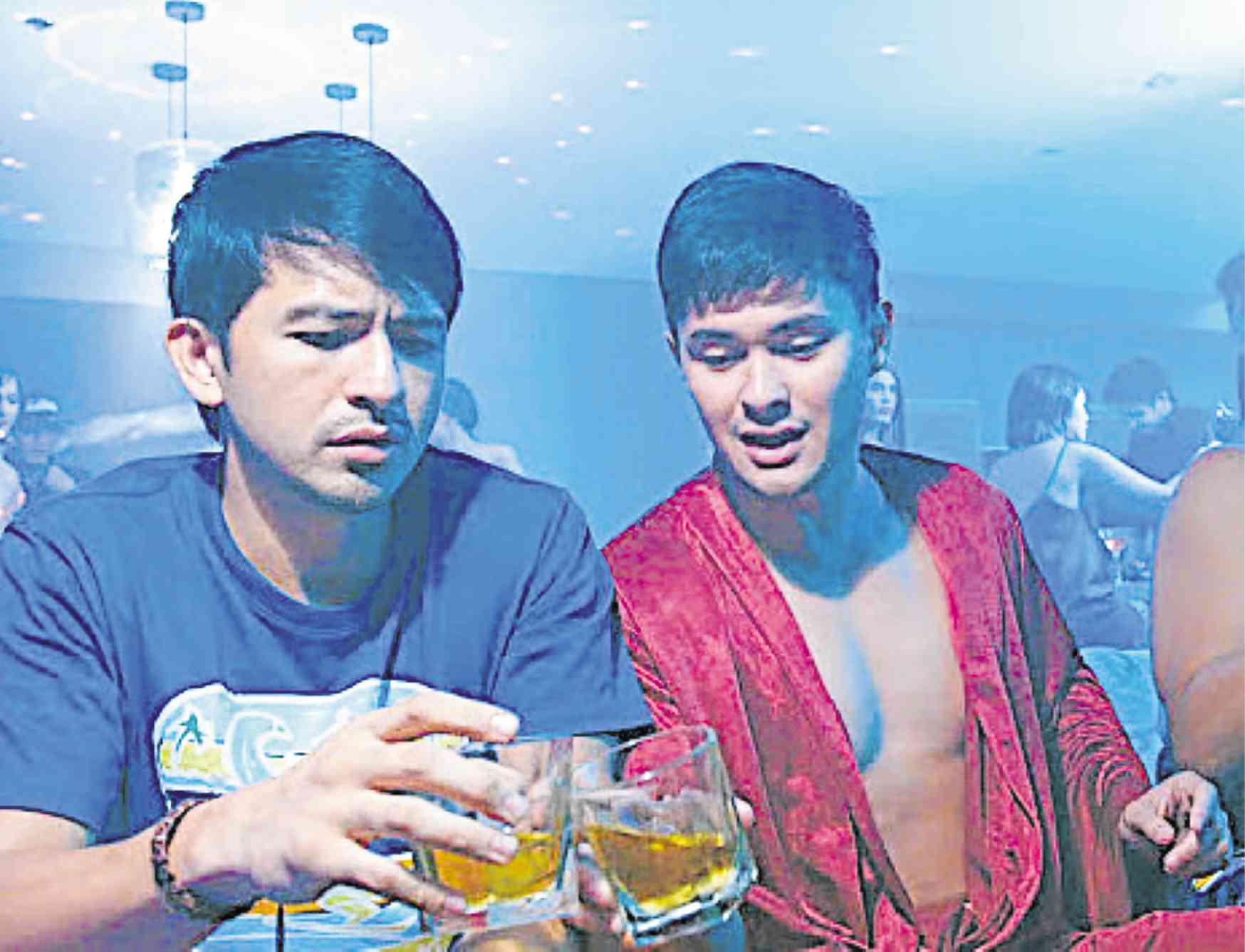 Dennis in ‘war on drugs’ film

Another exceptional actor we should see more of is Dennis Trillo. This week, we get a healthy serving of his dramatic  gifts in Kerwin Go’s compelling but rough-around-the-edges drama, “Mina-Anud.”

The film is more theme- than character-driven, but Dennis’ focused performance in this corrupt cops-versus-robbers drama, framed by the country’s war on drugs, keeps its disparate elements together.

Down-on-his-luck Ding (Dennis) and his pal Carlo (Jerald Napoles) stumble on a rare chance to earn a quick buck when 3 tons worth of cocaine from a Hong Kong-bound Chinese vessel is washed ashore on the island of Mina-Anud in Eastern Samar.

But opportunity turns to misfortune when they mishandle their “business” with movie-star junkie Paul (Matteo Guidicelli)—who conveniently puts his friends in harm’s way when his life is suddenly put at risk.