Cate Blanchett as fascinating in person as she is onscreen 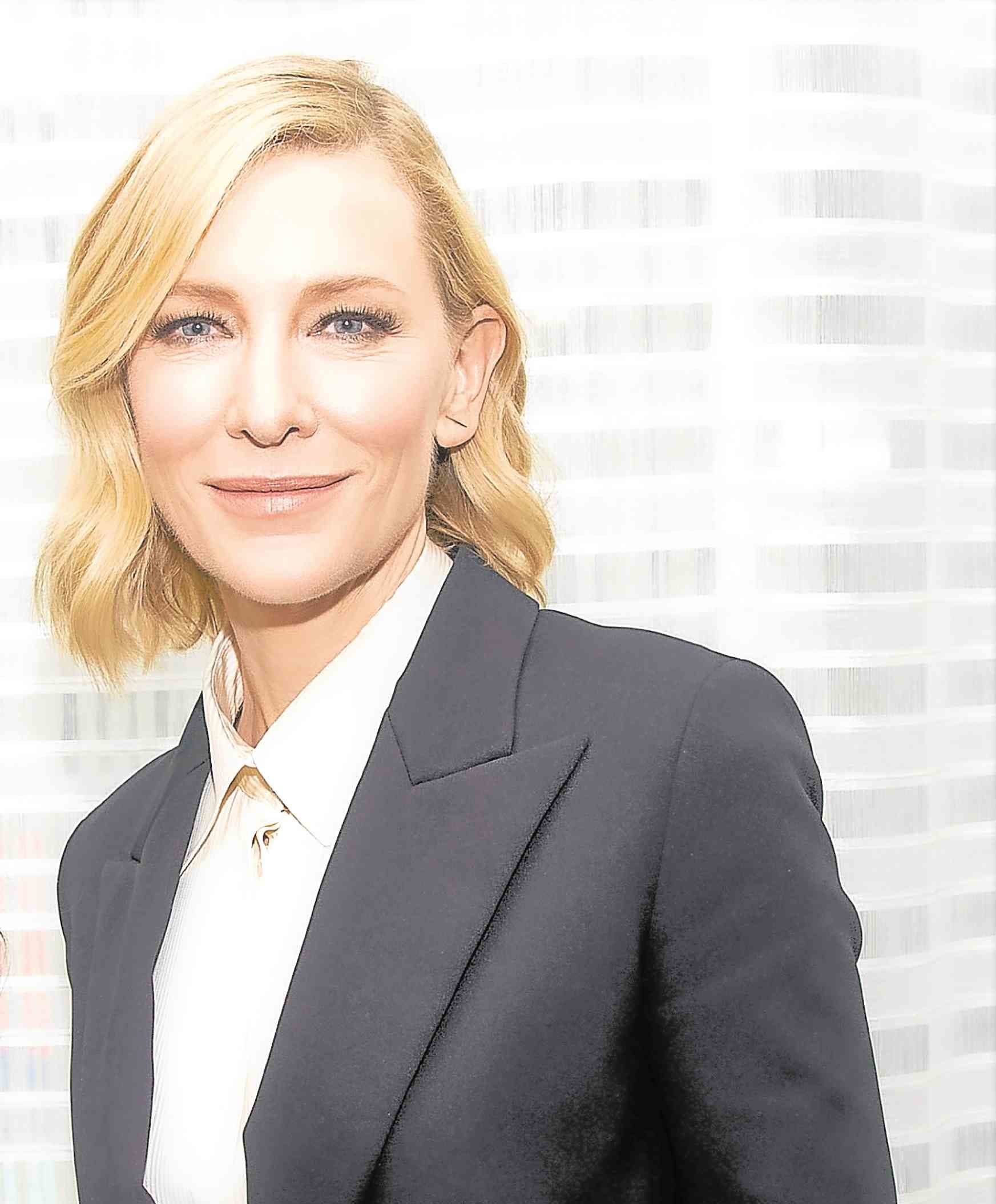 LOS ANGELES—Cate Blanchett is as fascinating to talk to as she is to watch onscreen. Often likened to the legendary Katharine Hepburn, Cate is, of course, very much her own person.

As Richard was quoted as saying about his lead actress, “I always say to portray a genius, you need a genius. If you’re going to make a movie about Beethoven, the actor you get to play him better be a genius. Most people aren’t, and it never works. Bernadette, a MacArthur genius—I think people believe Cate.”

Excerpts from our chat with Cate, who (speaking of Katharine) wore a mannish ensemble by The Row:

With four children in the household, how chaotic are your mornings? It’s not just in the logistical chaos. It’s the emotional chaos of having four very distinct, strong individuals that my husband (playwright and screenwriter Andrew Upton) and I have been lucky enough to be blessed with.

My husband and I have been together for a long time. It’s wonderful and it takes work. We’re always biting off more than we can chew.

Did playing an architect resonate with you as a creative person? Oh, definitely. Even though Bernadette is a MacArthur Genius Grant winner and she’s an architect who has experienced monumental success and also monumental failure, I don’t think you have to be in a creative field to relate to that.

It’s about a person facing her failure and owning it. But I studied fine arts and economics, then went traveling for a year. I let go of the economics course for obvious reasons—speaking of failure.

Then, I picked up an architecture unit. I thought I’d cross over into architecture because I have always been interested in spaces, how they can affect people and the constructions of cities. My sister is an architect, so it’s an area of interest to me, anyway.

That opening scene was a moment of solitude in the Antarctica, a great experience to just be able to go wherever. One of the highlights of my life was kayaking out away from the boat, away from the Zodiac, the absolute silence, and then you hear the sounds of the icebergs calving, which is what they do.

Then, a whale goes by with her calf right beside. Rick (Richard Linklater) turns the camera around and of course, they were already filming it. It was absolutely life-changing. In answer to your question, we filmed in Greenland.

But originally, I just wanted to work with Richard Linklater, and I love Maria Semple’s writing. I was a huge fan of the book. But when I thought about finally getting the chance to go to the Antarctic, that was really what pushed me over the edge. 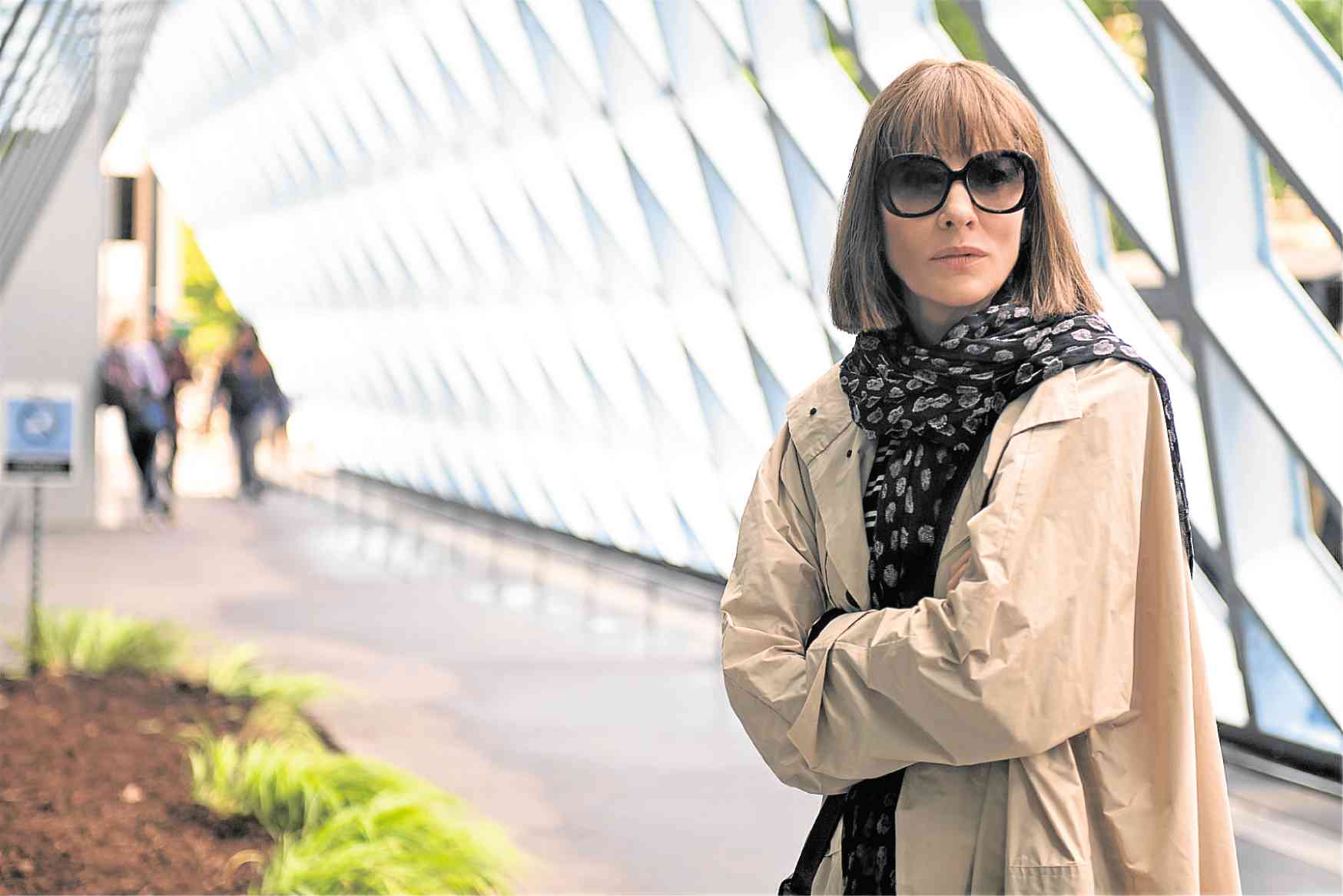 Riffing on the film’s title, where’d you go, Cate, to escape and find peace? The bathroom (laughs) … or a closet. I’m not joking. It’s on a regular basis (laughs). It’s usually a very small room where no one can find me.

My father was in the US Navy. He was coming up from an Antarctic mission. He had his 21st birthday in the Antarctic, and his ship broke down. They had to dock in Melbourne, and that’s where he met my mother. So I’ve always had a romantic connection to ice and to the Antarctic.

Before I die, I want to go from Tasmania, the hard way, the same way my father went. I want to reverse engineer that journey. I’d    love to escape there. Didn’t Frankenstein chase his monster to the Antarctic? I’m sure Maria Semple knew that when she wrote this.

Since you mentioned bathrooms, do you like to take baths or are you more of a shower person? Are you asking if I bathed today (laughs)? Yes, I have washed. I always wash before I meet people, out of respect. I love water, the ocean, river, so I’m probably more a bathtub person, but I don’t get to have a bath very often. It’s usually a very quick shower.

Bernadette runs away. Have you ever run away from home, perhaps when you were a teenager? Yes, I did. At the age of 3 (laughs), I ran away from home. I was very ambitious. I went to the next-door neighbor’s house. But for some reason, my neighbor didn’t tell my mother. I was missing for six hours. Can you imagine my poor mother? But yes, she found me.

My sister ran away when we were on the Gold Coast up in Queensland. She ran away, and we couldn’t find her because she told the people who found her that her name was Genevieve Giggles. Blanchett doesn’t sound like Giggles.

But yes, I was always running away. I thought I was a girl detective, so I was always solving mysteries and would be out of the house for many hours with my mother not being able to find me.

Bernadette takes a leap of faith and goes on an epic adventure that jumpstarts her life. When was the last time that you felt the need to jumpstart your life? Oh God, every morning (laughs). You go through cycles of things, particularly with ideas or energies. In friendships, I’ve known my oldest friend since we were 11. We’ve been through many jumpstarts in our friendship.

And sometimes, you need to do that in your relationship with your siblings, children or partner, continually. You get to a certain point in your life, too, and you start thinking about the ending of things, rather than the start of things.

I certainly think that too with my son about to turn 18. I really did connect to Bernadette in that sense of, what am I going to do next? Of course, my son will always need me. That’s what I tell myself. You’ll always need your mother.

But you do have to redefine your relationship with the children and allow them to be adults. 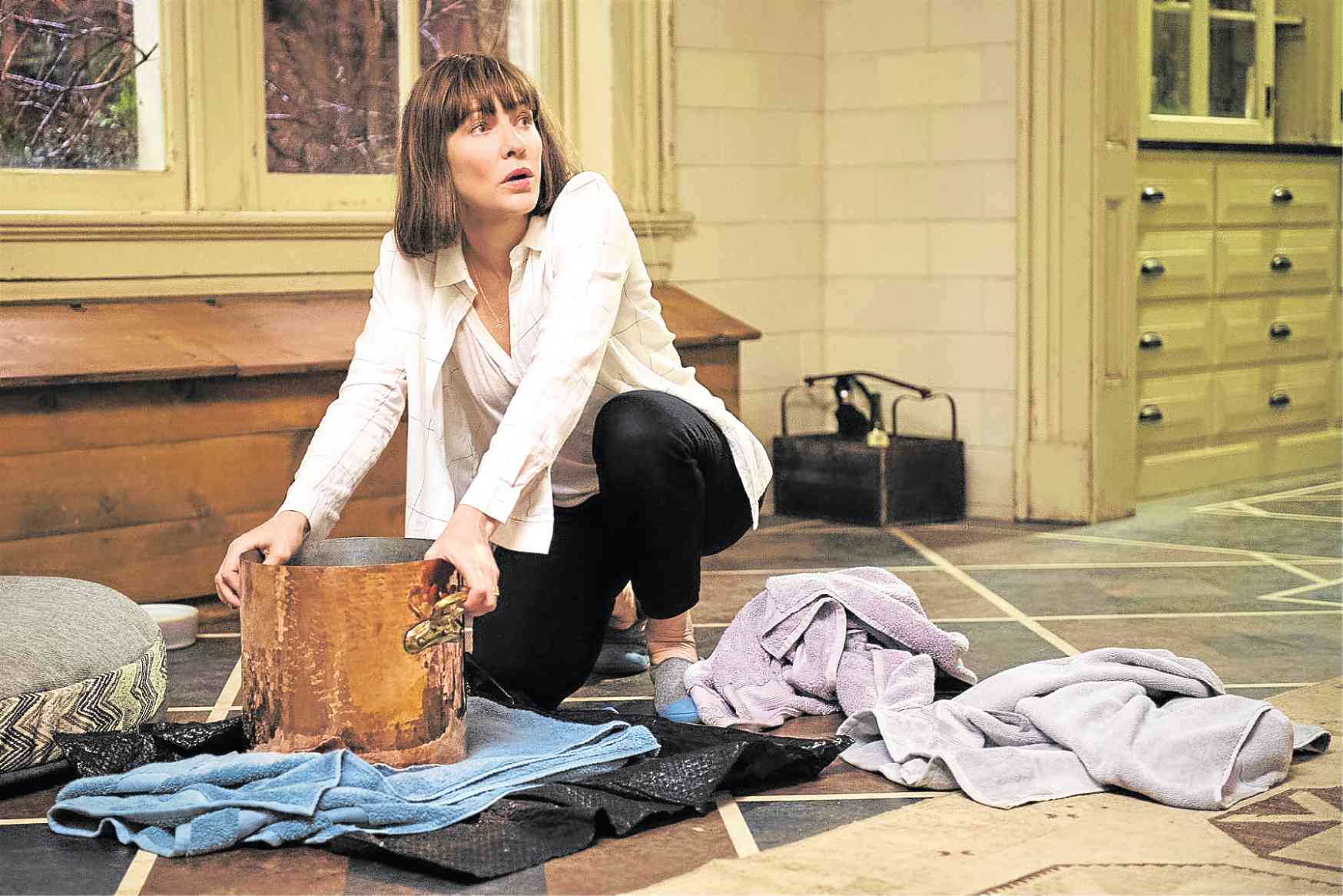 Blanchett in “Where’d You Go, Bernadette”

You celebrated a significant birthday last May. Did I?

Did you dread that 50th milestone? Are you wiser? Definitely, can’t you tell? Not consciously. For me, the only age I remember being anxious about turning, which now seems absolutely ridiculous, was 26.

One of the humorous moments in the movie is when Bernadette goes to pick up her daughter at school and something happens. You have four kids. Has there been an interesting interaction when you pick up your kids at school? My sons go to an all-boys school. They just started. Their last name is Upton, so I’m down on the register as Cate Upton. Kate Upton is a rather attractive young swimsuit model, and so the boys asked my sons, “Is your mom Kate Upton?” They said, “Yeah.”

So when I showed up the first day to pick them up, there was disappointment (laughs) on those 12-year-old boys’ faces. I thought, what have I done? It’s like the disgust and disappointment was real. They were so looking forward to those play dates.

Are you looking forward to working with Guillermo del Toro in “Nightmare Alley”? No (laughs). Of course, I’ve been wanting to work with that man since I came out of the womb. Yes, I’m super excited.

And what is the update on “Lucy and Desi,” where you will play Lucille Ball? It’s still in development. I so consider it an extraordinary script (by Aaron Sorkin). Todd Black (producer) is still looking for a director.