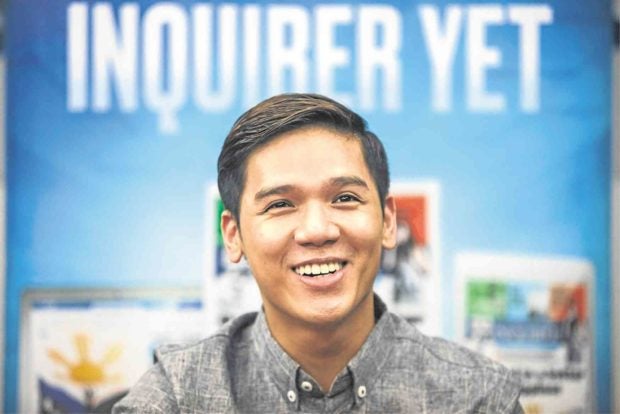 It never crossed Gerald Santos’ mind that his experience as a 10-year-old “kontesero” belting out Whitney Houston’s “One Moment in Time” or Regine Velasquez’s “You are My Song” in amateur singing contests would eventually lead to a lucrative career as a performer on the international stage.

Yes, the second grand champion of GMA 7’s “Pinoy Pop Superstar,” who has come home after his triumphant turn as Thuy on the UK and international tour of “Miss Saigon,” was a regular fixture in singing tilts from age 10 to 15. 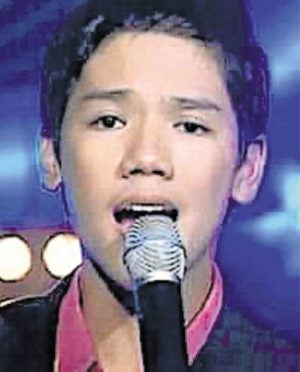 In 2006 edition of “Pinoy Pop Superstar”

“At the time, my voice had a woman’s range,” recalls Gerald, who’s now 28. The actor-singer visited the Inquirer office recently with his manager Rommel Ramilo to bring us up to speed on his plans after “Miss Saigon.” “It was high because I was very young then, so those two songs were my go-to contest pieces, along with Regine’s ‘Isang Lahi’ and Anthony Castelo’s ‘Dakilang Lahi’ (laughs).

“It’s true—I must have participated in more than 50 singing contests when I was young, with my father patiently keeping me company in those adventures. Dumadayo talaga kami everywhere to compete, from Navotas to as far as Laguna!

“But I owe my resilience and never-say-die attitude to those early experiences. They made me realize that losing isn’t always a bad thing.

“It would have been hard for me not to get broken by the struggles and rejections I encountered in my career if I didn’t go through those challenges.”

But don’t be fooled by Gerald’s gentle demeanor and boy-next-door countenance, however.

In fact, Gerald even remembers little-known details about his rise to the top—from the reason he had to cut short his contract with GMA 7, to the number of “Miss Saigon” shows he acted in: 553 performances all in all!

“If somebody asks me to choose between winning ‘Pinoy Pop Superstar’ and getting cast in ‘Miss Saigon,’ I would choose the latter,” he says. “I was only 15 when I won ‘Pinoy Pop Superstar,’ so I merely went with the flow and did what I was told to do. Hindi ko talaga nanamnam ang panalong ’yun because I was too young and inexperienced to appreciate what that win entailed.

“‘Saigon,’ on the other hand, taught me to be independent and appreciate the value of hard work and discipline. It exposed me to what else I needed to do to get better at my craft as a performer.”

Gerald says he’s thankful he found his way into theater before he “stumbled” into “Miss Saigon.” 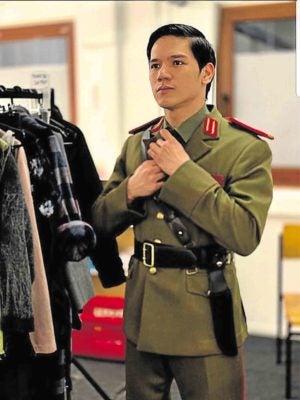 He explains, “When my relationship with GMA 7 ended in 2010, my career went through a rough patch—so I was glad I ended up playing Rizal in a revival of the stage musical ‘Sino Ka Ba, Jose Rizal?,’ followed by my stint as San Pedro Calungsod in the musical biopic about the beloved saint.

“That was how I discovered my passion for theater. Those roles paved the way for ‘Miss Saigon,’ a musical I knew little about—except that it starred Lea Salonga. It was Tito Nestor Cuartero who suggested that I audition for ‘Miss Saigon’ after he watched me in one of those plays.

“So, a year later, I did—but I didn’t think I had a good shot at the role of Thuy because his songs are so high, and my voice wasn’t in tip-top shape at the time, because I was touring ‘Calungsod’ in Davao and Bicol just two days before my audition!

“Even the character’s standard lines were highly emotional and intense—palaging pasigaw every time Thuy would bark orders for his soldiers. I guess the movers and shakers of ‘Saigon’ saw the meanness lurking behind my soft, vulnerable nature.

“I learned a lot from that musical, but it hasn’t been easy. I guess it helped that there were six homegrown Pinoys in the cast, not to mention other actors in the cast with Filipino ancestry.

“In the beginning, I had difficulty mixing those complex emotions, because I don’t always get to portray bad guys (laughs). I had to learn to effectively convey those extreme emotions without letting them get in the way of good singing.

“It was a balancing act that I had to quickly get used to. It was so difficult that I only got ‘comfortable’ with the role after the tour’s first series of shows in Leicester—and that was when the musical was already running in Birmingham!

“That whole ‘Saigon’ experience also changed me as a person—nagbago ang perspective ko sa buhay and opened my mind about the different possibilities in life and other career options I could pursue.”

Asked how the shift was from singing to acting, Gerald discloses with a grin that he actually had an early start—well, sort of.

Gerald says he is appreciative of his experiences as a performer—and he’s ready to conquer more roles and bigger challenges.

“Right now, my goal is to act in another international musical,” he says. “If that doesn’t happen, I can always go back to my roots and pursue pop singing again.”

If you think Gerald is on a hiatus, you’ve got another think coming: The singer-actor has just recorded “Hindi Pa Huli,” his first-ever single for Star Music. 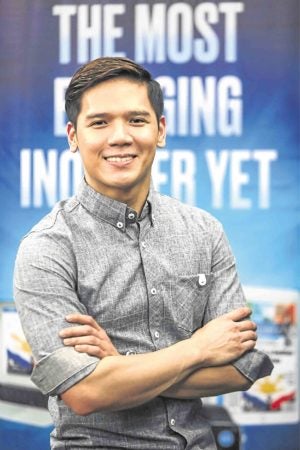 “The song is about not giving up when you think your dream has hit a snag—so, it’s really about my journey as a performer,” he says.

For fans who want to see him in “action,” Gerald has recently been cast in the coveted role of Anthony in Atlantis Theatrical’s upcoming production of Stephen Sondheim’s “Sweeney Todd: The Demon Barber of Fleet Street,” which begins its run on Oct. 11 at The Theatre at Solaire.

Gerald says he refuses to get arrogant over his recent career triumphs.

“God has his way talaga,” the singing champ says with a smile. “You can’t decide on your own. Ang mga plano N’ya para sa ‘yo ang talagang masusunod.

“I will just work hard and get ready for whatever challenges He has in store for me. And I will just follow Him and let Him take the lead.”