Carlo: You always want to do your best even if you’re not perfect | Inquirer Entertainment
Close
menu
search

Carlo: You always want to do your best even if you’re not perfect 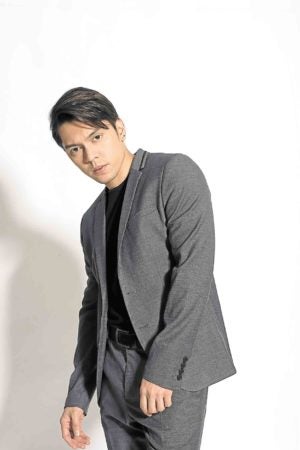 Carlo Aquino found himself in hot water lately, after Angelica Panganiban—who had earlier accused him of leading her on—said on Twitter that it would be “stupid” of her to work with the actor again in the future.

But as much as he would like to avert his eyes from the scathing comments or negativity in his social media accounts, Carlo conceded that there’s really no escaping those.

“No matter how hard you try to avoid it, you will come across something, especially when they [bashers] are in the mood,” he said when asked by the Inquirer how he handles the biting remarks he gets online. “I had tried disabling comments on my pages in the past, but turned it back on because they wouldn’t stop, anyway.”

Criticism directed at him is fair game. It’s when his loved ones gets dragged into the fray that gets his goat.

“I don’t mind if it’s about me. But people who didn’t have anything to do with the decisions I have made? Why?” Carlo told reporters at a recent press conference for his solo show “Liwanag in Concert,” which is set on Aug. 31 at Music Museum.

If some people are happy spreading hate, then so be it, he said. Carlo declined to go into details about his rift with Angelica, and would rather focus on the blessings he has been getting.

“Every day is a new day. My heart is filled with gratitude. I’m happy with my family, my career—ang sarap lang,” he said. “There are different kinds of love, and I’m in love with everything happening in my life right now.”

The upcoming concert, for instance, is a dream come true for the 33-year-old star. “This is my first major solo show, so I’m excited. Something we used to just talk about is now a reality,” he said.

Carlo grew up in a music-loving family. His father sang often and would play songs by The Beatles, Bee Gees and Matt Monro. In the 1990s, he was exposed to alternative rock music—the Eraserheads, Rivermaya. His elder brother was part of a band and wrote songs.

“He taught me how to play the guitar. It was hard because he’s right-handed, and I’m a lefty. I tried playing the instrument with my right at first. But eventually—through perseverance—I managed to learn playing with my left. And that’s how it all started,” he related.

Produced by Hills & Dreams, the show is directed by Frank Mamaril, with musical direction by Louie Ocampo (call 891-9999). “It will be a journey about how my love for music started. I will do classic hits, my old singles, which hopefully gets rearranged. I will do covers, songs from artists who inspired me,” he said.

He’s feeling a bit nervous, Carlo, who has already started rehearsals, admitted. “I’m always nervous. Now I’m nervous! It’s because you always want to do your best despite the fact that you’re not perfect.”

But nonetheless, he’s determined to seize this moment and just enjoy the experience. “You never know if it’s going to be the first and last,” Carlo pointed out.