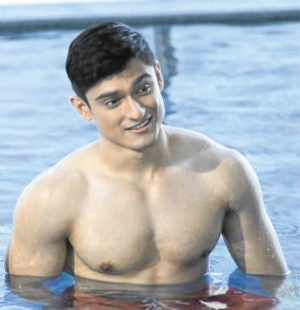 Acting in Philippine show biz is the last thing Indian hunk Addy Raj imagined for himself, since he didn’t exactly prepare for it when he was thrust into the limelight a few years ago.

But, he’s not going to argue with success.

Regardless of his success in landing various acting and modeling gigs in the country, he is aware of the importance of education, even when circumstances ultimately steered him to another career path.

Addy, who studied graphic and website design, recently told the Inquirer, “It was easier for me to learn how to edit videos and understand the technical side of my job.”

The actor, who starred in GMA 7’s “Meant to Be” and “Sirkus,” related that he originally planned to become a graphic designer in New Delhi.

“It was only because of my college that I got an exchange program in Ateneo and came to the Philippines in the first place,” said Addy, who initially landed a part in a commercial, and later chose to explore the possibilities that the Philippine entertainment scene offered.

The 23-year-old actor shared comparisons between the work situation back home and his new setting: “In India, it’s normal to be a student and not work until you are 26 or 27—versus in the Philippines, I feel many people already become independent by 18 to 20.”

But, Addy added, “It doesn’t matter until what level you study, you can never stop learning and reading books. I hate reading, but I listen to audio books all the time. And, I feel [that] books you read on your own, outside the school curriculum, are the ones that build your character and give you that extra edge over others.” —OLIVER PULUMBARIT

COVID-19 and the limits of ‘expert knowledge’

Razon: Count losses later on, PH yet to face the worst

COVID-19 crisis could last up to two years, says Duterte