Guidicelli took his oath as a new second lieutenant at the Philippine Army headquarters in Fort Bonifacio, Taguig City on Tuesday, Aug. 20. 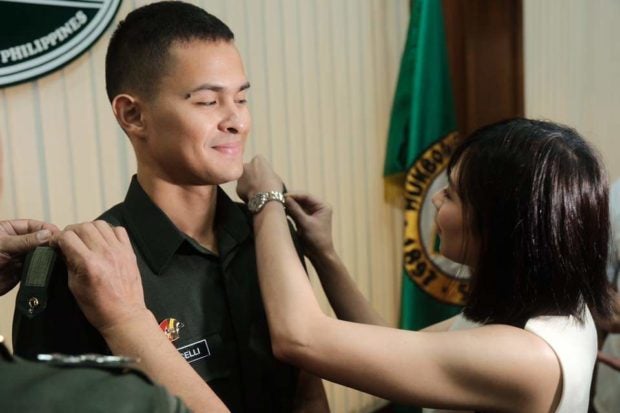 Longtime girlfriend and singer Sarah Geronimo attended the ceremony, as seen in his Instagram post Wednesday, Aug. 21. Geronimo assisted in placing the pin signifying the new rank on the actor.

“Took my oath yesterday as a 2LT in the Philippine Army RES,” he said. “I will serve and protect my beautiful country to the best of my ability.”

Took my oath yesterday as a 2LT in the Philippine Army RES. I will serve and protect my beautiful country to the best of my ability. Thank you. 🇵🇭

The actor was recognized for “his volunteerism in using his influence to promote peace and impart patriotism especially to the Filipino youth in Mindanao,” as per the Philippine Army’s statement on Facebook Tuesday.

Aside from Guidicelli, other celebrities have joined the Philippine Army as reservists as well. Among these actors are Gerald Anderson, Elmo Magalona and Nash Aguas, who recently completed the Soldiers Skills Orientation Training last Aug. 9, as preparation for their new TV series. NVG