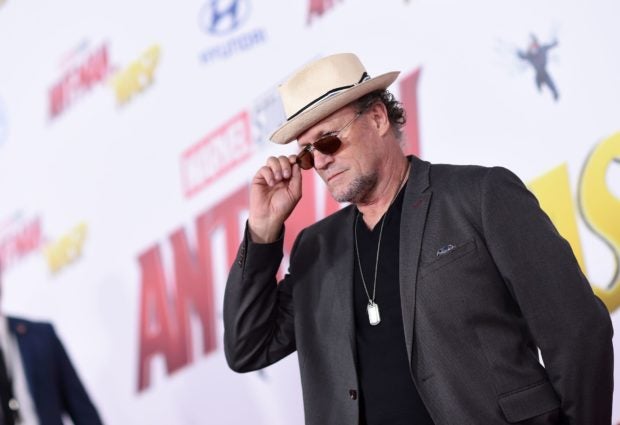 Actor Michael Rooker attends the World Premiere of Marvel Studios “Ant-Man and The Wasp” at the El Capitan Theater, on June 25, 2018, in Hollywood, California. Image: AFP/Valerie Macon via AFP Relaxnews

A new actor has been added to the cast of the ninth installment of the “Fast and Furious” saga, according to Deadline. Michael Rooker will be playing a supporting role in Universal’s upcoming action film.

Rooker, best known for the Marvel universe film “Guardians of the Galaxy”, will be joining Vin Diesel, Michelle Rodriguez, Charlize Theron, John Cena, Jordana Brewster, Chris “Ludacris” Bridges, Nathalie Emmanuel, Tyrese Gibson and Helen Mirren as a last-minute addition to the cast of “Fast and Furious 9”. He will be playing the role of Buddy.

No other details have been provided. The announcement comes while production is halted following an accident involving a stuntman.

“Fast and Furious 9” follows 2018’s “Fast and Furious 8” featuring Paul Walker, the actor who died in 2013 in a car crash. Justin Lin, who directed “Fast and Furious” episodes 4, 5 and 6, will be back behind the camera for the fourth time. No details of the plot have been released yet, but the American release date has been set for May 22, 2020.

The series’ tenth film has already been announced, once again directed by Justin Lin and starring Vin Diesel.

While “Fast and Furious 8” grossed over $1.236 billion worldwide, it did not break the $1.514 billion record established by its predecessor, which was marked by Paul Walker’s death.

Michael Rooker was last seen opposite Mahershala Ali in the third season of HBO’s “True Detective” and Elizabeth Banks in horror flick “Brightburn”, which hit theaters in June 2019. He will also soon be seen in the fantasy film “Fantasy Island” with Michael Pena and Lucy Hale. HM/JB