Gwyneth Paltrow surprised she was in Marvel movies with Samuel L. Jackson 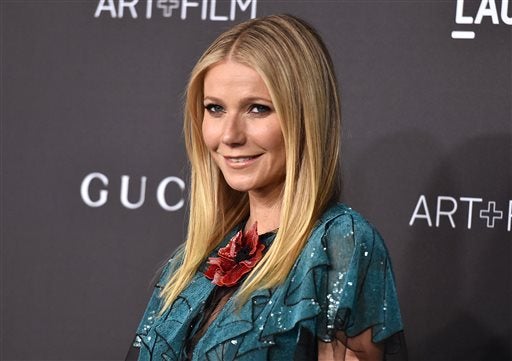 Gwyneth Paltrow was shocked to find out that she was in multiple Marvel movies with Samuel L. Jackson.

Marvel chief Kevin Feige revealed that tidbit of information in an Aug. 9 interview with Empire when he discussed the Marvel Cinematic Universe (MCU) 10th-anniversary photo shoot.

The shoot was no mean feat as it gathered stars in October 2017 in one room for a giant class photo. With the breadth of the MCU, some actors were confused as to who belonged to what movie, especially because the shoot took place before the films “Black Panther,” “Infinity War,” “Ant-Man and the Wasp” and “Captain Marvel” premiered.

The shoot was held on the same day that Tony Stark’s funeral scene was filmed because everyone had to be present for the scene.

Feige mentioned, however, that Paltrow, who plays Tony Stark’s love interest Pepper Potts, was surprised when she saw Samuel L. Jackson, a.k.a. Nick Fury, in the class picture shoot. This is despite starring with him in three movies before 2017, namely “Iron Man,” “Iron Man 2” and “Avengers.” They were also both present in the Marvel films “Avengers: Infinity War” and “Avengers: Endgame.”

Though she and Jackson have never had scenes together, she would have easily known that Jackson has been part of the MCU through the simple act of watching the movies.

Paltrow has also been confused about what movies she has starred in. Last June, a video of her went viral when she guested at “The Chef Show,” where she denied that she and Jon Favreau were in “Spider-Man: Homecoming.”

Gwyneth Paltrow genuinely did not know she was in "Spider-Man: Homecoming" so this adorable interaction from "The Chef Show" is easily my favorite thing on the internet today pic.twitter.com/lc3VlSs1Hp

Granted that it she was in “Spider-Man” for a brief moment and there is also the fact that directors do not always disclose to actors what they are shooting for, it is a marvel that Paltrow remains in the dark about her presence in a slew of movies that helped define the last two decades.  Niña V. Guno /ra