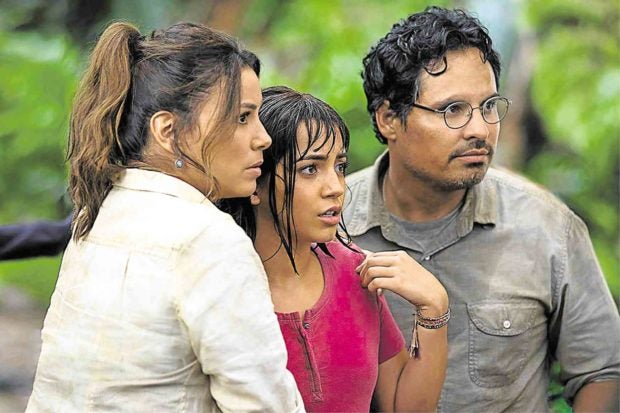 If you expect more than the campy excesses “Dora and the Lost City of Gold” winkingly lives by, you’re better off watching something else.

But for adults who grew up charmed by Dora the Explorer’s 7-year-old animated iteration on the Nick Jr. block, the wholesome live-action adaptation of the long-running children’s show is your best shot at nostalgia and fizzy, feel-good fun.

Now 17 years old, the homeschooled, fourth wall-breaking Dora Marquez (Isabela Moner) finally gets to leave the Peruvian jungle she grew up in.

She is sent by her parents (Michael Peña, Eva Longoria) to his cousin Diego’s (Jeff Wahlberg) high school in LA while they search for Parapata, a treasure-filled, hidden city in the Incan jungle. (Dora’s imaginary friends, Backpack and Map, make perfunctory cameos.) 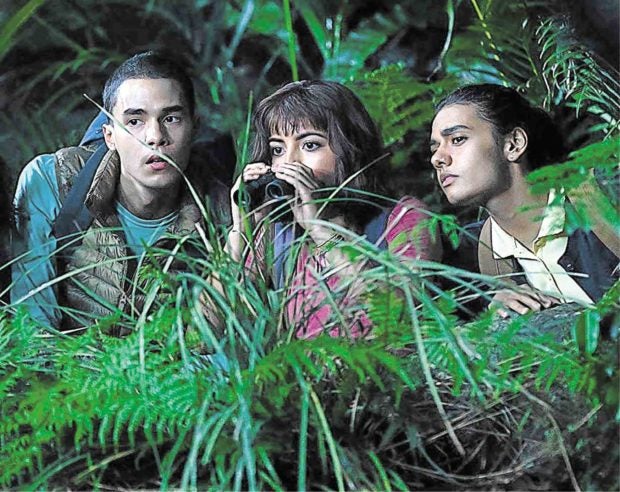 But when her mom and dad go missing, Dora, Diego, their schoolmates Sammy (Madeleine Madden) and Randy (Nicholas Coombe), and Dora’s CG-rendered monkey Boots embark on a death-defying mission to save the teener’s parents from the vile machinations of the thieving fox Swiper (not as likable as we thought) and his like-minded sinister pals. Who knew child’s play could be so stressful?