LISTEN: Miley Cyrus moves on in new song ‘Slide Away’ 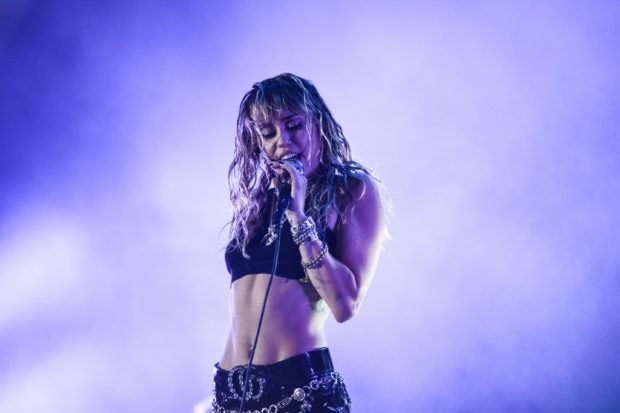 The melancholic song arrived after the recent announcement of Miley Cyrus’ separation with longtime partner and husband Liam Hemsworth.

The ballad features production by Andrew and Mike WiLL Made-It, with whom she previously collaborated for her “She Is Coming” single, “Party Up the Street”.

In the empowering “Slide Away”, Cyrus reflects on the need to move on from relationships that are not working anymore.

“Once upon a time, it was made for us/ Woke up one day, it had turned to dust/ Baby, we were found, but now we’re lost/ So it’s time to let it go,” she sings on the opening verse of the song.

The audio clip, which she posted on YouTube on Thursday, Aug. 15, features a photo of empty medicine and liquor bottles floating around.

“Slide Away” arrived a few months after her latest EP “She Is Coming”, which is reportedly the first of three. According to Rolling Stone, the series will form a full collection of songs, entitled “She Is Miley Cyrus”.

In addition to “She Is Coming”, Cyrus collaborated with British musician Mark Ronson for “Nothing Breaks Like a Heart”, which appears on his “Late Night Feelings” album.

She also announced her upcoming collaboration with fellow pop stars Ariana Grande and Lana del Rey. The song is set to appear in the upcoming reboot of “Charlie’s Angels”, directed by Elizabeth Banks and starring Kristen Stewart, Naomi Scott and Ella Balinska. HM/JB