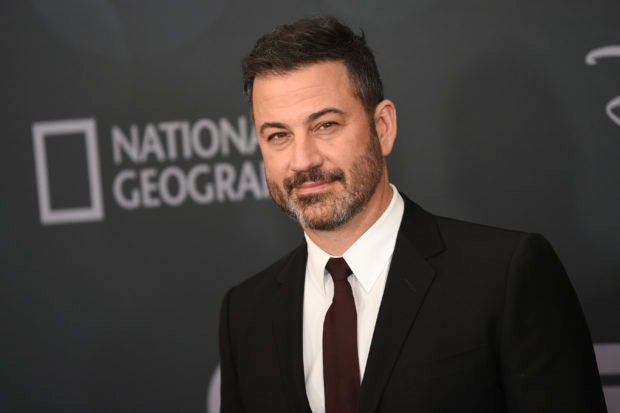 NEW YORK — Jimmy Kimmel has learned an expensive lesson: do not mess with the government’s emergency alert system.

Kimmel’s network, ABC, was one of four media organizations fined by the Federal Communications Commission (FCC) this week for improper use of the emergency signal that is sent over television, radio and mobile phones to warn people of danger like floods and fires. The $395,000 (over P20 million) fine to ABC was by far the stiffest.

FCC rules prohibit the use of the signal for any purpose other than an actual emergency. The idea is to prevent confusion, the agency said Friday, Aug. 16.

Kimmel used the signal three times as part of a skit on his show on Oct. 3, 2018. ABC has signed a consent decree agreeing to pay the fine and promising not to improperly use the emergency tones again, the FCC announced Thursday, Aug. 15.

AMC network agreed to pay a $104,000 (about P5 million) fine for improper use of the signal in an episode of its most popular show, “The Walking Dead”, in February, the FCC said.

Discovery’s Animal Planet was fined $68,000 (over P3 million) when an actual emergency signal sent to a mobile phone was picked up by cameras during a filming session for its show, “Lone Star Law”. The show was filming Texas game wardens making rescues in the wake of Hurricane Harvey.

Los Angeles radio stations KDAY and KDEY were fined $67,000 (over P3 million) for using the signal in show promotions. HM/JB

Read Next
LOOK: Maritoni Fernandez goes shoe shopping, food tripping with daughter and mom
EDITORS' PICK
High inflation: Your P1 is now worth only 87 centavos
UK’s Boris Johnson will resign, BBC reports
High-risk pregnancy: Reducing your risk is in your hands
Geek out at TOYCON 2022 powered by Smart Signature
House energy committee chair Arroyo bats for cheap electricity
Unemployment rate up to 6% in May
MOST READ
Suspect in grisly killing of missing woman in Bulacan arrested
Kim Atienza’s daughter flaunts bikini body in response to critics of her ‘revealing photos’
Japanese artist who created ‘Yu-Gi-Oh!’ found dead in the sea
UK PM quits as Conservative leader
Don't miss out on the latest news and information.