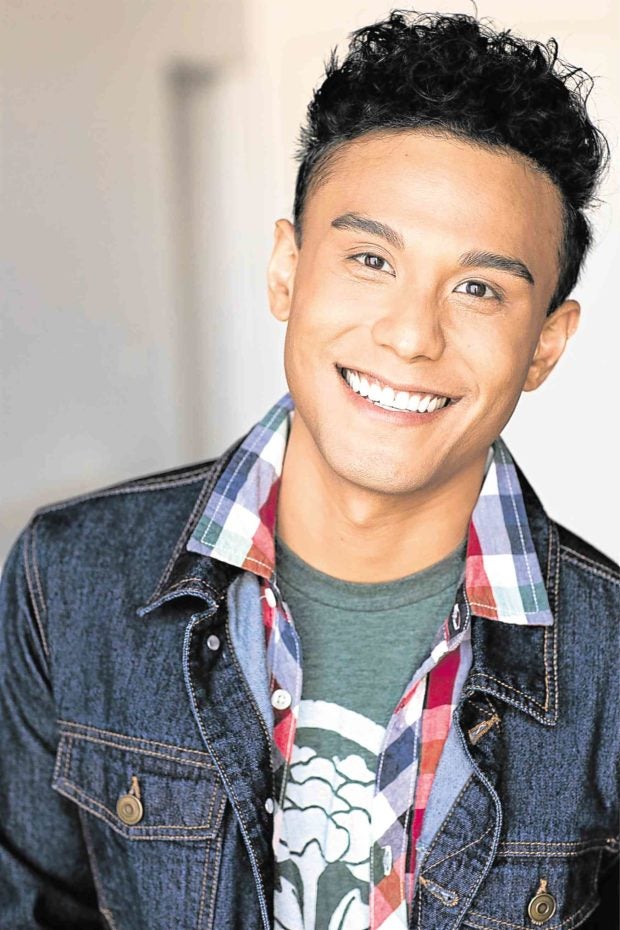 (Seventh of a series)

LOS ANGELES—“We still have a long way to go, but I think we are heading in the right direction in terms of inclusivity and diversity in Hollywood,” Ryan Salazar said about the opportunities for talents of minority ethnicities in Tinseltown.

Also a musical stage actor, Ryan played Lun Tha in Rodgers and Hammerstein’s “The King and I” and Thuy in “Miss Saigon.” He has trained at Second City, The Groundlings, and currently studies under renowned acting coach, Saxon Trainor.

How would you describe your journey as an actor so far? The way I see it, there will always be a new peak to climb, and a new goal to obtain. I’ve been fortunate enough to work with a number of actors I admire greatly, and from what I’ve learned from them, the journey of being an actor is never-ending.

This journey isn’t just about booking jobs or making the right connections. Rather, I see it as a constant discovery; a new discovery about this business, my craft and myself.

How do you prepare for an audition? Any good luck rituals, etc.? Oh man, as a Virgo, I tend to sometimes overprepare for things, not just auditions. Auditions are always nerve-racking, but once you realize that nerves are part of the process, you can accept those nerves and focus on what needs to be done.

For me, before I sit down to prepare for an audition, I usually try to find a quiet place to clear my mind and meditate for a few minutes.

I do this because I find that when approaching a script for the first time, the best way to take it in is with an open heart and a clear mind. Once all the prep work is done and I’m in the casting office, I try to be mindful of my breathing. I find that something as simple as mindful breathing really helps to relax my body.

Every “No” is just one “No” closer to a “Yes!” The other frustrating part? Two words. LA traffic! Yikes. Thank goodness for podcasts!

How do you handle rejection? After an audition, I usually allow myself an hour or so to reflect on how I thought it went. After that, I try (try being the operative word) to just let it go. I see any production I audition for as a giant, constantly moving puzzle. For my sanity, I have to remind myself that the only thing I can control is the work that I bring into the room.

From there, it’s out of my hands. I will say that the first time I tested for a pilot, I thought it went so well … to the point I thought I booked it! Seriously, I was on cloud nine! The next day, I got a call from my manager at the time telling me that I didn’t get the role, and that it went to another actor who had a completely different look, feel and vibe.

Was I bummed? Of course! But after allowing myself a night of eating through my emotions with sushi and ice cream, I recognized that throughout the process, I did all that was asked of me, and that’s all anyone could expect. Whether or not I booked the role was completely out of my hands.

Have there been times when you almost gave up? What motivated you to keep trying? Absolutely! I think any actor will tell you that. I will say that I am blessed to be surrounded by like-minded family and friends who support and motivate me to constantly do and be better so that helps a ton. With that said, whenever I feel like giving up and choosing another career path, I sit and think about what else I would or could do.

Eventually, I come to the realization that there isn’t anything else I would want to do. In those moments of self-doubt and defeat, I try to focus on the things in my career, and my life that I’m thankful for. For me, coming from a place of gratitude and allowing myself to be thankful for my accomplishments have a way of calming the anxiety and nerves that create those thoughts of giving up.

Do you, as an actor of color, feel that opportunities for minority actors are improving or getting worse? Without the journeys and struggles of trailblazers like John Cho, Lucy Liu, Daniel Dae Kim, Lea Salonga, and so many more, I don’t think we would see the growth in opportunities, specifically for actors of Asian or Pacific Island descent, that we have seen over the last few years.

We are indebted not just to the actors I mentioned, but to so many more who have paved the way for the next generation of diverse actors, including myself. We still have a long way to go, but I think we are heading in the right direction in terms of inclusivity and diversity in Hollywood. Representation matters, and I am grateful to be a part of this new era of a more diverse Hollywood community.

Are you encouraged by the acclaim that three recent films focusing on Asian-American stories—“Crazy Rich Asians,” “Always Be My Maybe” and “The Farewell”—received? Yes, yes and yes! As I said earlier, representation matters. The fact that we have films being produced that not only have predominantly Asian-American casts, but also and more importantly, do not play into any particular racial stereotype, is very encouraging.

It’s exciting for me as an actor knowing that with the success of the films you mentioned, producers are more likely to create even more opportunities for even more Asian-American stories to be told.

What’s your stand on whitewashing—or the casting practice in which white actors are cast in nonwhite character roles—in Hollywood? Ideally, it would be nice if a role that is written for a diverse actor is played by a diverse actor. Is that always the case? Sadly, no. I get it, Hollywood is a business, and in business, money talks.

However, with that being said, I’m encouraged by the box-office success of films like “Black Panther” and “Crazy Rich Asians” because it disproves the theory that films with predominantly diverse casts won’t be profitable. Because of this success, we are already seeing changes in the industry.

Films like “Aladdin” and “In the Heights” cast lead actors of diverse backgrounds because that is what the stories called for. I’m hopeful that this trend continues and that we see even more authentically told diverse stories. INQ

TAGS: A Fil-Am actor’s, Only In Hollywood, Ryan Salazar