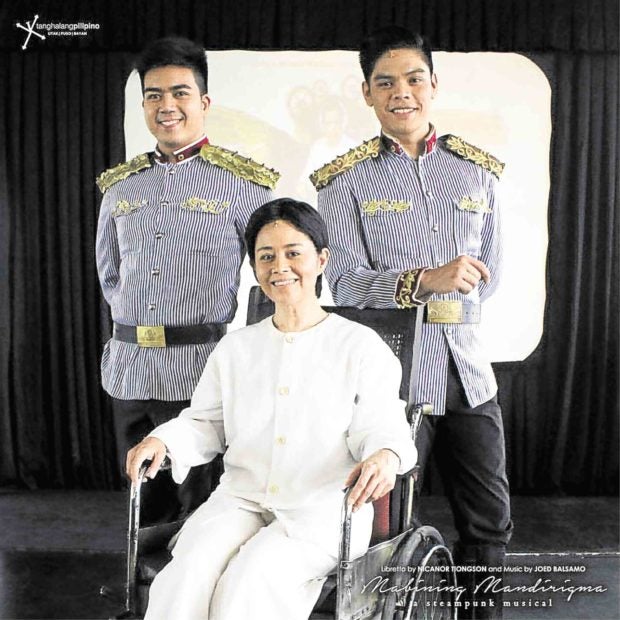 Monique Wilson marries art and activism more than any actor we know. To be honest, it’s been a while since we last saw Monique, but it’s safe to say that nobody knows the actress more than we do, having directed and acted with her in some of our favorite stage productions.

We directed her in, among others, the one-woman play “My Name is Rachel Corrie” and codirected with her New Voice’s “updated” staging of “Cabaret,” for which she won a best actress award. As actress, she was memorable in theme-driven plays like “Oleanna,” “Top Girls” and “Angels in America.”

But she was just as memorable onscreen as she was onstage.

In fact, legendary writer-director-critic Nestor U. Torre considers Monique’s “thespic vanishing act” in Chito S. Roño’s screen drama “Laro sa Baga,” for which she won an Urian, one of the finest performances ever delivered by an actress. In it, Monique played a battered housewife and “probinsyana”—a far-cry from Monique, if you really know her—which made her feat even more astounding.

We’ve always been in awe of Monique’s standards and artistic taste—she is “allergic to unnecessary drama” at rehearsals and calls out performers who are partial to scene-stealing, “Merry Villagers” kind of acting.

In the heyday of the New Voice Company (NVC), the theater group that we ran with Monqs and executive producer Rossana Abueva, we’d marvel at the former’s ability to pick the plays that would end up on our lineup for the season—she knew what type of subject matter or story would translate well onstage.

More than anything, she knew what her vision was for NVC. She stood by it, and stuck to her guns.

After many globe-trotting years as the global director of One Billion Rising, Monique finally decided to go back to her roots last year and returned to the Philippine stage with the revival of the English and Filipino versions of Eve Ensler’s “The Vagina Monologues.”

But we can’t wait to see her in a play that seems snug fit for her—this time, she plays Apolinario Mabini in “Mabining Mandirigma,” directed by CCP vice president and artistic director Chris Millado. 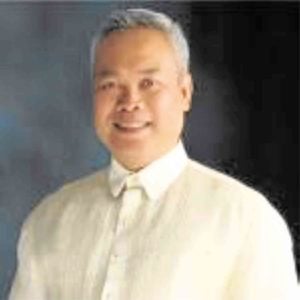 It’s the seasoned director’s first time to work with Monique, but Chris said he was familiar with the actress’ work.

“I’ve seen her as Maria Clara in the ‘Noli Me Tangere’ production, and as Kim in ‘Miss Saigon,’” he told us last Tuesday. “And I follow her activities on social media as artist-activist, leading the One Billion Rising movement.”

In Monique’s case, playing the so-called Brains of the Philippine Revolution in Tanghalang Pilipino’s “steampunk” musical, which runs at the CCP Little Theater from Aug. 16 to Sept. 1, could play well, not only to her strengths as an actress, but also to her advocacies as an activist.

The role has already been portrayed to great acclaim by the disparate likes of Delphine Buencamino, Hazel Maranan and Liesl Batucan, but Chris told us that Monique was the “peg” they had in mind when the artistic team behind “Mabining Mandirigma” was still being conceptualized.

“Back when we were still working on the development of the musical in 2016, we would think of musical-theater performers as ‘pegs’ for certain roles, to help the creative team visualize the production,” Chris explained. “Monique immediately came to mind. She was based abroad then and was quite busy, so we didn’t even attempt to ask her to do the role.

“After two restagings of ‘Mabini,’ we heard she was moving back to Manila—and everything just fell into place. By then, the material had jelled, the roles had been fleshed out, and the technical kinks ironed out. So, the production was now ready for a world-class talent like Monique.”

Asked what new element she brings into the role, Chris said, “Monique not only brings in her presence and professionalism, but also her intellectual and ideological commitment to the ideas tackled by the historical musical.

“Her participation in the struggle for women’s rights and human rights lend gravitas to her interpretation of a historical figure known as an unflinching defender of national sovereignty.”

Why did the production decide to get an actress to play Apolinario Mabini, in the first place? And what can a woman bring into it that a man can’t?

“The idea of casting an actress to play Mabini was a solution to a creative problem,” Chris explained. “We wanted a voice to rise above the din—vulnerable yet ringing with purity and clarity. The nontraditional casting also enabled the notion of a sublimely intelligent statesman being ‘othered’ because of his disability, and feminized because of his intellect.

“Also, in some Asian performance tradition, noblemen, intellectuals and priests are played by female performers. At first, Nick Tiongson (librettist) had sleepless nights about the casting choice. But as scene work unfolded, everyone saw how this unconventional approach opened up the staging concept and energized how the scenes were played.

“In this latest restaging, we did away with the plus-one (recorded vocals to pad the choral parts). Musical director EJ Yatco put the members of the ensemble through their paces so they could sing all the parts ‘live’ and without vocal padding. This will add even more excitement and energy to the musical performance.”

Sounds like a stage musical worthy of theater royalty, doesn’t it?

“Mabining Mandirigma” will be previewed by the press today and will start its run tomorrow.