Ai-Ai to go on hiatus to prepare for IVF pregnancy 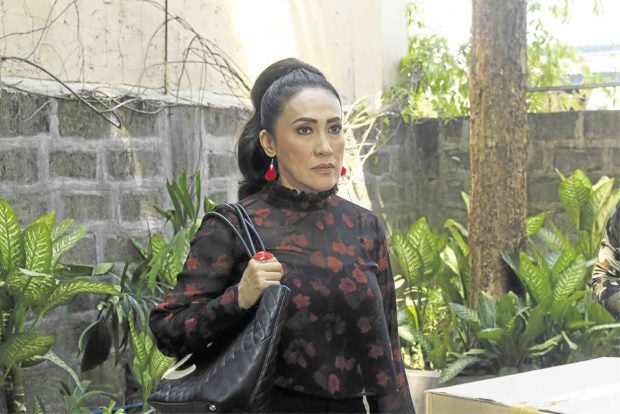 Ai-Ai delas Alas is hoping to complete as many film and television projects as she could within the next couple of months, before she go on an extended break from show biz in preparation for her planned pregnancy in 2020.

“We already have an embryo (through in vitro fertilization). And it’s going to be implanted next year,” the actress revealed in a recent pocket interview for the comedy flick, “And Ai, Thank You,” which opens in cinemas on Aug. 14.

“That’s why I’m trying to finish everything—including a movie for the next Mother’s Day!” she added. “I will be working and doing promo until around May. And then I’m off.”

Asked by the Inquirer if she and her husband, Gerald Sibayan, have considered using a surrogate instead, she said she feels she’s healthy enough to carry the baby herself.

“I will try it first. And I’m hoping everything turns out to be a success. If not, then that’s when we resort to surrogacy,” the 54-year-old star related. “But I’m healthy … super healthy! So I think I can do it.”

But she’s not taking any chances. “That’s why I will really take it easy. I will try to be on bed rest as much as possible,” said Ai-Ai, who’s more excited than nervous. “Everyone’s looking forward to it, including my kids.”

Produced by Reality Entertainment and Horseshoe Studios, “And Ai”—a film inspired by local show biz—will be one of Ai-Ai’s final projects, before her hiatus. She plays Aileen, a popular actress trying to maintain her standing against her rival, Ursula de Villa (Rufa Mae Quinto). The catch is that Aileen has only six months left to live.

“It’s based on our world, so a lot of celebrities and people who work with celebrities will be able to relate. For the first time, I’m playing an actress onscreen. And I love it because I’m always made-up; I have assistants, drivers, publicists,” she said. “It’s very different from past roles—especially in the indies—where I’m always deglamorized.”

Doing movies these days is more enjoyable, she related, because she’s no longer caught up in achieving box-office success.

“I have been in the industry for 30 years now. This is just a career extension. At my age, I’m still getting projects and endorsements. I’m no longer pressured to have a box-office hit unlike before. I no longer feel like I have a lot to prove,” she said. “I’m happier and I’m just enjoying myself.”

That she’s still doing what she loves despite all the past hardships is a “gift from God.”

“If social media was already a thing during my time, I probably wouldn’t have lasted 10 years—what with all the scandals I have had in my life—my love life to be exact,” she surmised. “Patay agad career ko!”

“The only real bashing I had experienced online was when I dated Gerald. But we have proved that it’s real love! We have been together for six years now. We’re married and happy. You can’t really say how things will work out. Sometimes, it’s the seemingly perfect relationships that don’t last.”

She also recalled her past struggle with depression, which became more pronounced after the unexpected success of “Ang Tanging Ina.” She was exhausted, overwhelmed. And suddenly, everyone was her “friend.”

“Everyone is telling you what to do next. I was sad and tired and it was showing in my work. Friends and relatives you have never even met want a piece of you,” said Ai-Ai, who at one point, had to seek professional help.

“I saw a psychiatrist and was prescribed medicine—Prozac. It did help. But the problem was I couldn’t feel anything at all. I was spaced out, dropping things, acting weird. I thought, ‘Ayoko nang ganito,’” she said. “Luckily, I got through it with the help of prayers.”