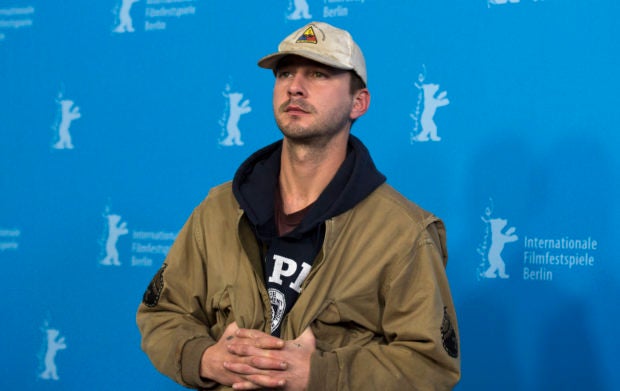 American actor Shia LaBeouf poses during the photocall for the film “Nymphomaniac Volume I (Long Version)” at the 64th Berlinale Film Festival in Berlin on Feb. 9, 2014. Image: AFP/Johannes Eisele via AFP Relaxnews

Robert De Niro and Shia LaBeouf will take on the roles of a father-son duo in an independent feature drama called “After Exile”, directed by Joshua Michael Stern. The plot synopsis indicates that both father and son are former convicts who now find they must become roommates.

Fresh out of prison for the murder of a man during a robbery that took a violent turn, the character of LaBeouf finds himself renewing ties with his former life and his father (De Niro) in order to save his younger brother who has fallen deep into a life of crime and drug use.

The film’s director, Joshua Michael Stern, is known for directing “Jobs” with Ashton Kutcher as well as creating the series “Graves”. The screenplay is the work of Anthony Thorne and Michael Tovo, and shooting is set to start in Philadelphia this October, Deadline reports.

De Niro is having a busy year as he will soon be seen in “The Irishman” by Martin Scorsese with Al Pacino, Joe Pesci and Harvey Keitel as well as in “Joker” by Todd Philips with Joaquin Phoenix.

As for LaBeouf, he will next be seen in “The Peanut Butter Falcon” alongside Dakota Johnson and Bruce Dern. He will also appear in “Honey Boy”, a film that was written by LaBeouf based on his own childhood, directed by Alma Har’el. HM/JB