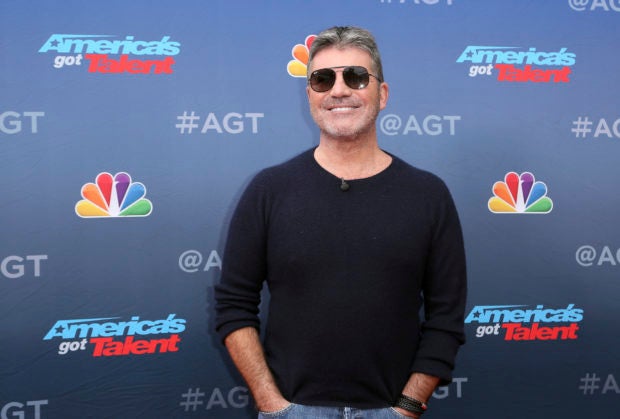 FILE – In this March 11, 2019, file photo, Simon Cowell arrives at the “America’s Got Talent” Season 14 Kickoff at the Pasadena City Auditorium in Pasadena, Calif. In a week dominated by competition shows, “America’s Got Talent” dominated the ratings competition. The Nielsen company says NBC’s variety showcase brought in 9.7 million viewers last week. The show chose the singers, comedians, dancers and beatboxers that will be on its season-ending live episodes. (Photo by Willy Sanjuan/Invision/AP, File)

The show chose the singers, comedians, dancers and beatboxers that will be on its season-ending live episodes.

That was well clear of second-place “60 Minutes” on CBS, which brought in 6.8 million viewers.

“Celebrity Family Feud” on ABC was a distant third with 4.8 million as game show revivals, reality shows, news shows and talent contests squeezed dramas and comedies almost entirely out of the top of the rankings as they have for most of the summer.

“Beverly Hills 90210” made a splash in its revival on Fox, finishing 12th with 3.84 million viewers as it brought back most of its original cast, scoring a rare high finish for a “new” show this summer.

“Blue Bloods” and “Instinct,” both on CBS, were the only other scripted shows in the Nielsen Top 20.

Fox News was first among cable networks with an average of 2.4 million viewers. MSNBC was a distant second with 1.5 million. HGTV had 1.2 million, TLC had 1.1 million and Hallmark Channel had 1 million.

ABC’s “World News Tonight” topped the evening newscasts with an average of 8 million viewers. The “NBC Nightly News” had 5.7 million and the “CBS Evening News” had 3.9 million.