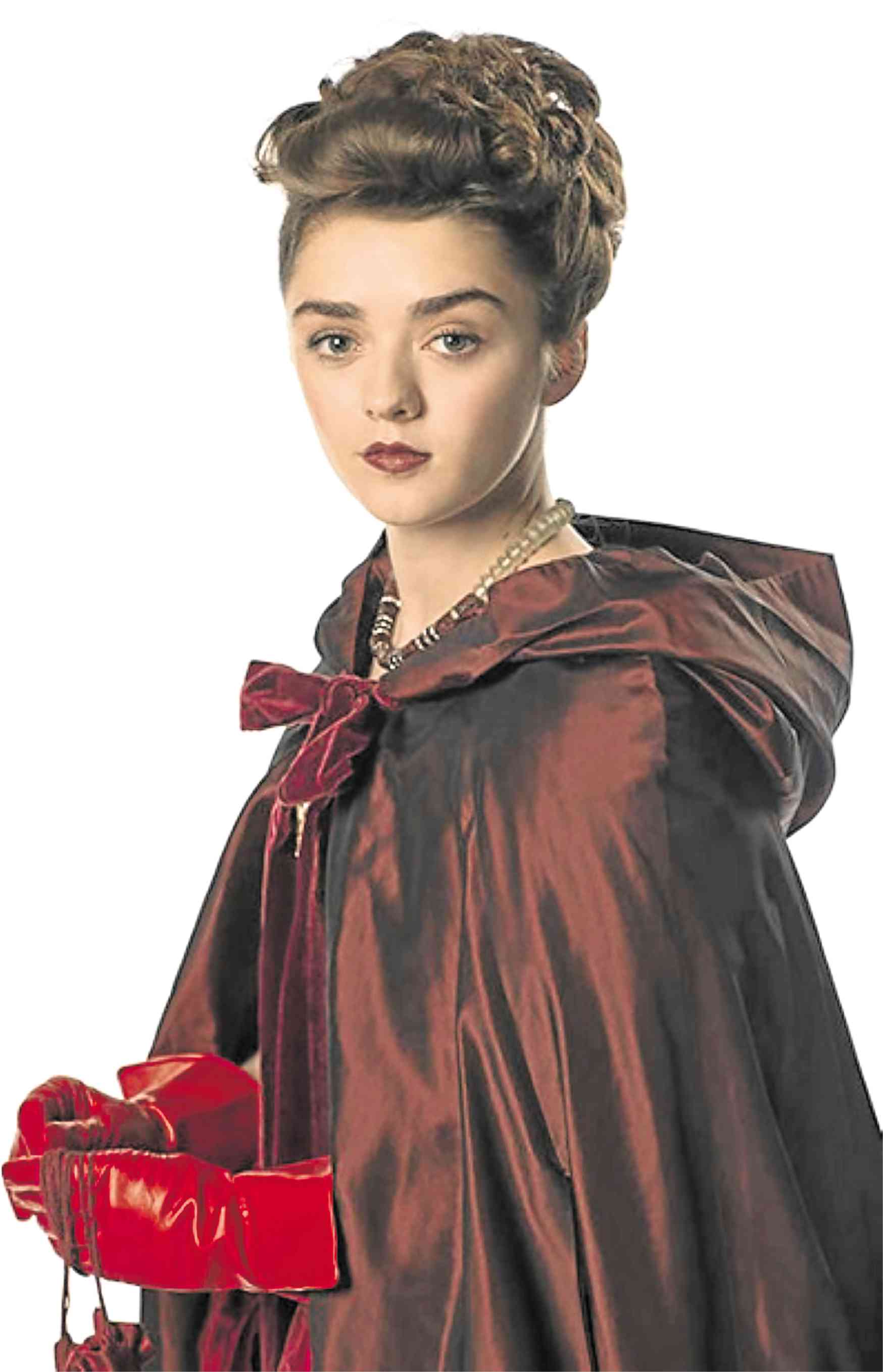 Maisie Williams in “Doctor Who”

Some of the stars of the recently concluded “Game of Thrones” series participated in a panel discussion at the San Diego Comic-Con, answering fan questions about their characters and how they ultimately ended up.

Maisie Williams, on her young warrior character Arya not getting together with erstwhile lover Gendry (Joe Dempsie), reiterated during the discussion, “Arya’s always been a lone wolf, like a misfit in her own family. I don’t think being with a partner is what would make her feel the most at home or the most fulfilled.”

In the finale, Arya left the oft-embattled land of Westeros for parts unknown, leaving behind her family and her ex. The actress, 22, added, “[Being in a relationship] isn’t necessarily what she wants, which is such an important learning curve for everyone.”

But one of the more hotly debated topics in the polarizing final season of “GoT” was in the episode where Arya defeated the Night King (Vladimir Furdik). Some fans think that she had help from her brother, Jon Snow (Kit Harington), who supposedly distracted the Night King’s undead dragon so that Arya could go near the nearly invincible villain.

“She did that on her own,” said Williams, to resounding cheers from the attendees.

The actress added, “If we’re going to give credit to anyone, it’s Melisandre (Carice van Houten), [who] knew what she had to do to put the mission in Arya’s head when she’s really at the lowest point … she’s been fighting, but now she’s got something to lose. For so long, she’s been on her own. And being back with her family has made her that much more vulnerable.”

In the episode, the sorceress reminded Arya of her old premonition for the younger woman years prior, about shutting her enemies’ eyes forever.

Williams said, “If we’re going to put it down to anyone for getting Arya’s head back on track, helping her [let] go and finish the job, it was Melisandre.” —OLIVER PULUMBARIT

Read Next
OPENING THIS WEEK: August 14, 2019
EDITORS' PICK
Smart Prepaid encourages the youth to take their passions to the next level and ‘Live GIGA’
DOF to PITC: Return P1 billion in interest on ‘idle’ funds
Experience clearer calls nationwide with Smart VoLTE
Año to public, officials: Refrain from holding events
Arthaland’s property management arm utilizes Amazon Web Services to enhance delivery of service
Watershed degradation abetted flooding, says scientists’ group
MOST READ
April Boy Regino passes away at 59
‘What is mine is hers,’ says Matteo on sharing finances with his Popstar Royalty wife
Año: Gov’t to conduct fact-finding on mass gatherings attended by Roque, Pacquiao
’Blind obedience’: Robredo twits Briones for pleasing only Duterte, not teachers, students
Don't miss out on the latest news and information.