Priyanka Chopra called out for support of war | Inquirer Entertainment 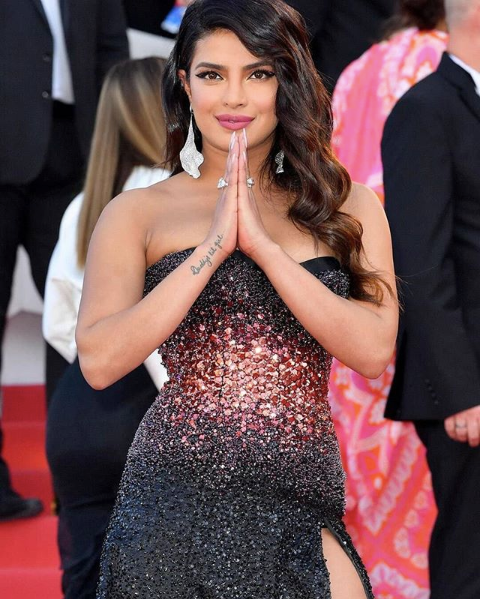 “War is not something that I am really fond of but I am patriotic,” said Priyanka Chopra to a critic.  Image: Instagram/@priyankachopra

Priyanka Chopra was labeled a “hypocrite” during a cosmetics convention in Los Angeles on Saturday, Aug. 10, over a tweet that expressed her support for the Indian armed forces.

During BeautyCon, the Indian actress was among the celebrities who spoke on the main stage about empowering women. It was then that a female audience member, who later identified herself on Twitter as Ayesha Malik, confronted her about a controversial tweet posted in February. A video of their exchange now has over 3 million views on Twitter.

Malik told her, “It was kind of hard hearing you talk about humanity, because as your neighbor, a Pakistani, I know you’re a bit of a hypocrite.”

She stated that a tweet posted by Chopra in February said “Jai Hind,” which means “victory to India.” India and Pakistan, which are both nuclear states, have been in dispute over the region of Kashmir for decades.

“You are a UNICEF ambassador for peace and you’re encouraging nuclear war against Pakistan. There’s no winner in this,” Malik said, referring to Chopra’s appointment as UNICEF Goodwill Ambassador to support children’s rights.

“As a Pakistani, millions of people like me have supported you in your business of Bollywood and you wanted nuclear war,” she said, before being cut off as the microphone was taken away from her.

“I hear you. Whenever you’re done venting. Got it? Done? Okay, cool,” Chopra responded.

“So, I have many, many friends from Pakistan and I am from India, and war is not something that I am really fond of but I am patriotic,” she said.

“So, I’m sorry if I hurt sentiments to people who do love me and have loved me, but I think that all of us have a sort of middle ground that we all have to walk, just like you probably do as well.”

She addressed the way Malik spoke to her, stating, “The way you came at me right now? Girl, don’t yell. We’re all here for love. Don’t yell. Don’t embarrass yourself. But we all walk that middle ground, but thank you for your enthusiasm and your question and your voice.”

On Monday, Malik tweeted about the tense Q&A and said Chopra had “gaslit” her concerns.

Hi, I’m the girl that “yelled” at Priyanka Chopra.

It was hard listening to her say, “we should be neighbors and love each other” — swing that advice over to your PM.

Both India and Pakistan were in danger. And instead she tweeted out in favor for nuclear war.

“It was hard listening to her say, ‘we should be neighbors and love each other’—swing that advice over to your PM. Both India and Pakistan were in danger. And instead she tweeted out in favor for nuclear war.”

“It took me back to when I couldn’t reach my family because of the blackouts and how scared/helpless I was,” she wrote. “She gaslit me and turned the narrative around on me being the ‘bad guy’—as a UN ambassador this was so irresponsible.”

She also shared videos of her listening to Chopra’s response. “‘Whenever you’re don’t venting’. Sorry, didn’t realize that speaking on a humanitarian crisis was ‘venting,’” she said.

“Whenever you’re don’t venting”. Sorry, didn’t realize that speaking on a humanitarian crisis was “venting” pic.twitter.com/OqCLgjDNa1