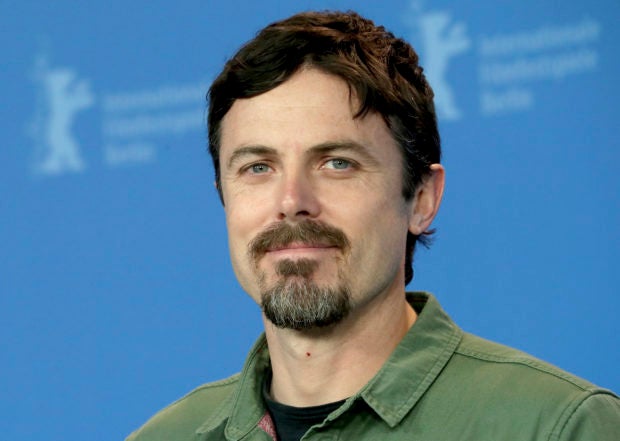 Actor Casey Affleck poses for the photographers during a photocall for the film “Light of My Life” at the 2019 Berlinale Film Festival in Berlin, Germany. Image: AP/Michael Sohn

LOS ANGELES — Casey Affleck had been working on a script about a parent and child for years. He had written scenes about a bedtime story and an argument about taking a trip into town and things seemed to be going well. As the father of two boys, Affleck had defaulted to writing the child as a son. But then, deep into the process, his boys came back with a request, they did not want it to be about them.

“They were pretty adamant that they did not want it to be a father-son story,” Affleck said. “I had already put in a lot of work and I was like, don’t do it… ”

But, despite the heartburn of having to rework the story again, he caved and made the child a girl, and it ultimately helped the story. He had been looking for stakes in this parenting saga and now a genre construct was possible. What if a disease had wiped out all of the women, except this man’s daughter?

The result is the slow-burn dramatic thriller “Light of My Life” now playing in theaters and available on-demand. Affleck directed, wrote and stars in the film, which premiered earlier this year at the Berlin Film Festival. It knowingly echoes modern classics like “Children of Men”.

He and casting director Avy Kaufman went on an epic search to find the right girl to play his daughter, Rag, and discovered a little-known Canadian actress named Anna Pniowsky who fit the bill perfectly. 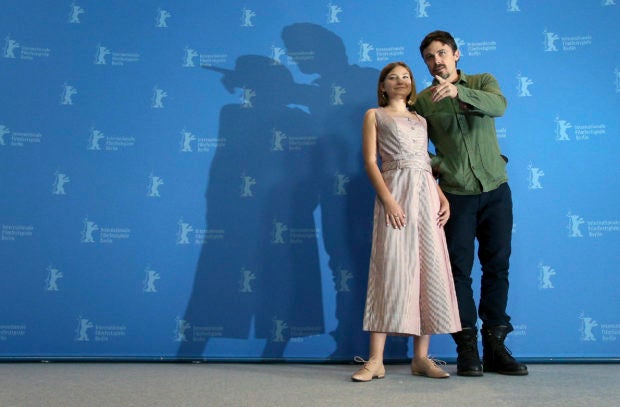 Actor Casey Affleck (right) and actress Anna Pniowsky (left) pose for the photographers during a photocall for the film “Light of My Life” at the 2019 Berlinale Film Festival in Berlin, Germany. Image: AP/Michael Sohn

“I was still a little girl. I think I was 11 when I sent my tape in,” Pniowsky, now 13, said. “I was not expecting anything to happen. I did not get a lot of roles back then.”

Since then, her profile has risen with roles in the Hulu show “Pen15” as one of the popular girls and “The Hot Zone”. And she fell easily into her role as a pre-teen who still acts out and defies her fathers’ rules even in this bleak and dangerous reality. Critics have hailed her performance, much of which is spent in “disguise” as a young boy, as a breakout.

“She did not need a whole lot,” Affleck said. “She was just good at doing this naturally. Sometimes I felt like if I interfered too much in the scene or the natural progression of the scene that I was just getting in the way.”

Together, Affleck and Pniowsky have a light-hearted rapport where you can see the seeds of why their father-daughter dynamic works. They can’t even agree on whether or not Affleck gave her anything to prepare beforehand.

Affleck: “She says I did, but I do not remember and I do not think she read it anyway.”

Pniowsky: “He made me read three books. I only remember one of them. It was ‘Little House on the Prairie’… They were all kind of older books.”

Affleck: “Obviously they really sunk in.”

“Light of My Life” is Affleck’s first time behind the camera since the 2010 film “I’m Still Here” that led to civil lawsuits for breach of contract from two women, a cinematographer and a producer, who worked on the film. One also sued for sexual harassment, and both described an uncomfortable atmosphere on the set of the unconventional mockumentary. Both were settled out of court, and Affleck apologized last year in an interview with Associated Press for allowing and contributing to “an unprofessional environment.”

Behind the scenes, Affleck has been quietly doing his part to try to chip away at inequality in his industry. In “Light of My Life”, he worked with a number of women on the crew, including “Memento” editor Dody Dorn and assistant director Liz Tan, who has worked on epics like “The Lord of the Rings”. His next two films also have female directors: “The Friend”, a terminal illness drama from Gabriela Cowperthwaite, which is premiering at the Toronto International Film Festival and his own production company’s period frontier film “The World to Come”, directed by Mona Fastvold and co-written by “The Assassination of Jesse James by the Coward Robert Ford” scribe Ron Hansen.

“I am certainly happy to do that and create a little more equality and get different voices telling stories and different perspectives than the same old stuff that we have had forever,” Affleck said. “That seems like definitely a worthy cause and one I am all for. But also these people are just great storytellers and they’re both super talented. They deserve to be there.”

Affleck would also like to continue directing. He loves “big fantasy movies” like “The Lord of the Rings” and “The Hobbit” but thinks he is always off from figuring out how to make them work.

As for whether he is working on anything at the moment?

“Not really,” Affleck said. “(But) someone told me if you are writing something, never ever admit it.” HM/JB

LOOK: Dad from QC surprises daughters in school with flowers