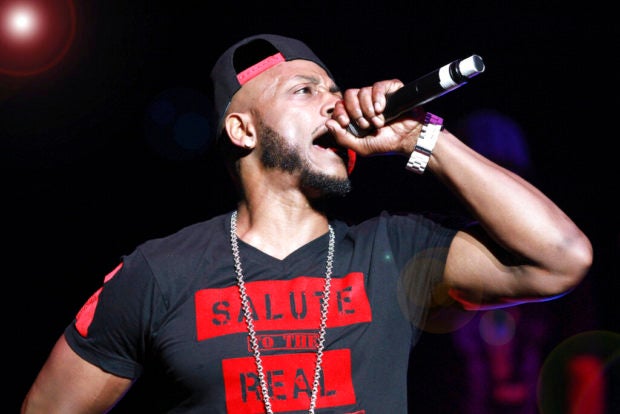 TAMPA, Florida — A video shows rapper Mystikal falling off the stage 30 seconds into his first performance during a concert in Florida, cutting the show short.

Michael “Mystikal” Tyler, a rapper and actor from New Orleans, was about to perform his first set at the Ritz Ybor, in Tampa, on Thursday night when he slipped and fell.

Xanny Ramirez shot the video when Mystikal came on at 1 a.m. and fell offstage into the crowd.

He says that Mystikal tried performing for another 45 minutes, sitting down, but expressed that the pain was too much and was escorted off stage.

In an Instagram video posted the next day, Mystikal had a cast around his right leg and said that his tour continues. He is performing in Pittsburgh on Friday.

ADVERTISEMENT
Read Next
US producer Randy Jackson to KZ Tandingan: ‘You’ve got that gift’
EDITORS' PICK
Get exciting deals and discounts when you download the new McDonald’s App
Batangas execs, Taal evacuees thank House; hopeful on rehab efforts
SM continues to send relief assistance to remote towns in Batangas
PAL: Passengers with flights to parts of China may request for refund, rebooking
5 years after Mamasapano, son of fallen SAF 44 trooper remembers his ‘idol’
‘A greener, cleaner tomorrow’: A how-to guide for Filipinos who want to help with today’s energy crisis
MOST READ
Seized food items from China tested positive for ASF–BOC
No time for revelry; Tagaytay instead plans for alert level 5
Taal’s sulfur dioxide emission increases
Dina Bonnevie on Coney Reyes: We have forgiven each other
Don't miss out on the latest news and information.