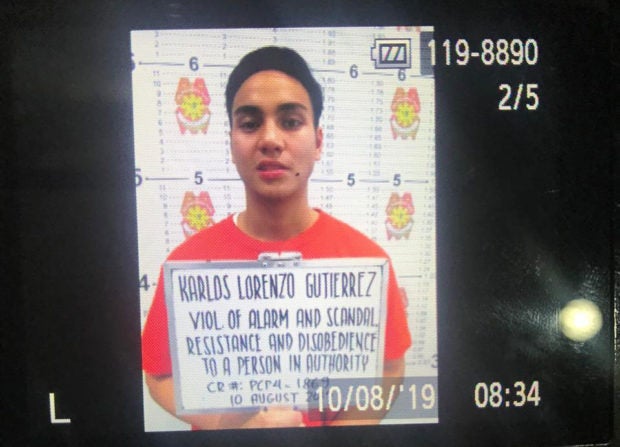 This was how an actor and former housemate of ABS-CBN’s reality show, “Pinoy Big Brother (PBB),” reportedly dared Makati police officers who were trying to calm him down following a brawl early Saturday.

Prior to the incident, the Makati police station received a report from security guard Sweenie Gorrecita about Gutierrez, who was allegedly engaged in a brawl on Pasong Tamo Extension, Barangay Magallanes at around 1:20 a.m.

Staff Sgt. Allan Agbayani and Cpl. Jonathan De Guzman Jr. from the Makati Police Community Precinct 4 then arrived at the scene and tried to pacify Gutierrez.

The officers then tried to arrest the actor. Instead of yielding, the actor continued shouting at the officers and even threatened to have them dismissed from the police service.

Gutierrez was then brought to Makati police station for investigation while charges were being readied against him. 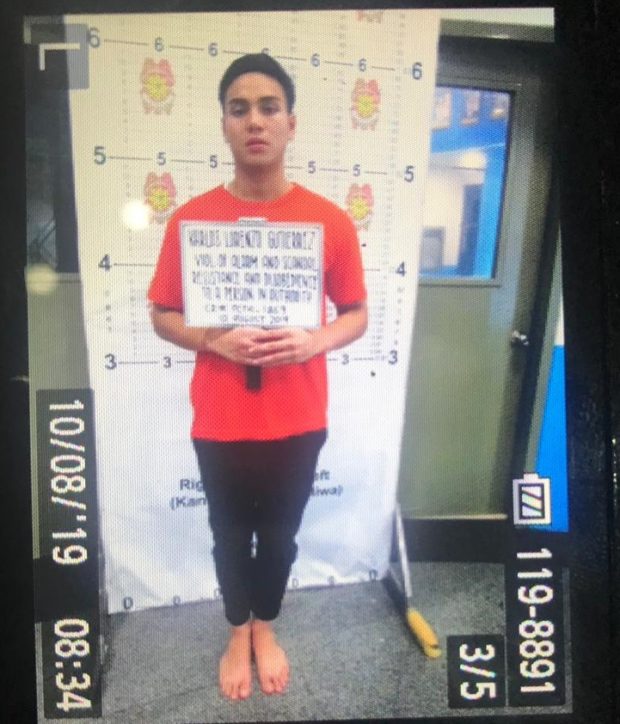 According to Maj. Gideon Ines, chief of the Makati City Police Station Crimes Against Person Section, Gutierrez went through inquest proceedings at noon on Saturday.

Gutierrez is facing alarm and scandal and disobedience to a person in authority complaints, the Makati Police said.

Ines added that Gutierrez would also be sued for allegedly bribing a police officer.

“He also bribed a policeman for P2,000. May additional case siya [for] corruption of public officials,” Ines said in a text message.