Why Mylene gave Kit a score of 9, and not a perfect 10, for ‘yumminess’ | Inquirer Entertainment

Why Mylene gave Kit a score of 9, and not a perfect 10, for ‘yumminess’ 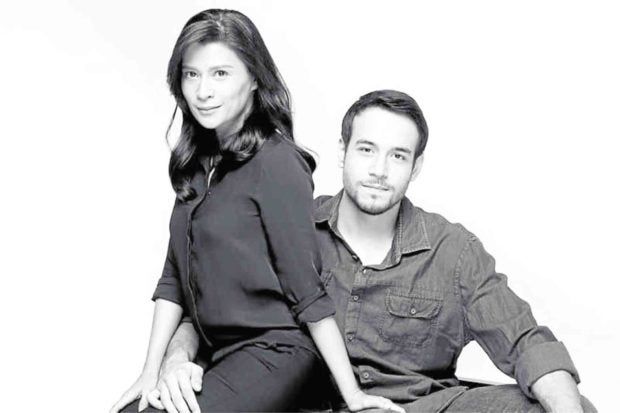 Believe it or not, the most difficult part about working on the film “Belle Douleur,” according to lead actress Mylene Dizon, was “acting as if I was really in love” with leading man Kit Thompson.

As to why it was hard to romantically appreciate the hunky, six-foot-one, Filipino-New Zealander actor, Mylene gave the Inquirer this explanation: “Ang bagets, eh (He’s too young)! Kit reminds me so much of my eldest son, Tomas. Even though he is just 14, I consider him an adult because he is taller than me.”

For the film, Mylene said she and Kit needed to do a couple of love scenes “without apprehension.”

She explained: “When we were doing them, we had to feel like we wanted each other. If it warranted for us to show gigil, we did it. We couldn’t fake it, or else, the audience would know. If my character felt the pain as a result of her love for Kit’s character, then I had to feel pain and show it.”

Mylene added that just like any other actor, she also had her “off days.” She told reporters: “There were moments when you just can’t show the right emotion needed. That’s when you call for time out and psyche yourself up.”

Reacting to a question on whether or not she got “turned on” while doing the love scenes with Kit, she responded: “That’s kind of impossible if you are on a movie set surrounded by at least 30 people, who are all staring at the two of you. Let’s not even mention the guy assigned to hold the boom mic above your head,” she pointed out. “Even if you’re trying to be sexy, there are too many distractions. You just have to focus on your job.”

Mylene did say that Kit “never took advantage of me throughout filming. He was gentle. I didn’t feel violated at all.” Asked to rate Kit’s “yumminess,” Mylene gave the actor a score of 9.

She explained to Kit: “I’m giving my boyfriend a 10, so 9 ka lang! I might get kicked out of the house if I say you’re his equal match!”

Mylene’s boyfriend is former basketball player, coach and TV commentator Jason Webb, whom she has been dating since 2013. “He is in Thailand now, vacationing with his parents,” said Mylene, implying that Jason had missed attending the gala screening of Joji Alonso’s “Belle Douleur” at the Cultural Center of the Philippines last Aug. 3.

The film is a finalist in the ongoing 2019 Cinemalaya Philippine Independent Film Festival. It will be shown in theaters nationwide starting Aug. 14.

Mylene added that she first “consulted” Jason before agreeing to do “Belle Douleur,” which tells the love story between Liz, 45, a clinical psychologist, and Josh, 22, an antique collector.

The discussion turned serious when Mylene was asked about marriage plans. “Liz and I are different. She never got married because ’di lang nagtugma. I, on the other hand, refuse to,” Mylene said. “I’m in a very good place right now, so why rock it? I can always get married before I die, if I really want to. I’m surrounded by friends whose marriages have failed.”

The actress added: “People might disagree. They’d say, ‘Pwede ka rin namang lokohin ng boyfriend mo!’ Yes, that’s true, but at least he’s not my husband, so it’s easier to let go of the relationship. I’d probably get some bashing because of that comment, too. To them, I’d say, ‘It’s my choice. Get married and let me be!’”

Mylene, who has two sons, Tomas and Lucas, with ex-boyfriend Paolo Paraiso, said she also has no plans of having another child. “Between me and Jason, that’s already four kids. That’s a handful,” she said. Jason has two daughters with ex-wife Claudine Trillo. “This is the time for the two of us to enjoy each other’s company, since our children are old enough to have independent lives. Now that they’re already young adults, they’re needing us less and less. There’s now more time for me and Jason to enjoy.”