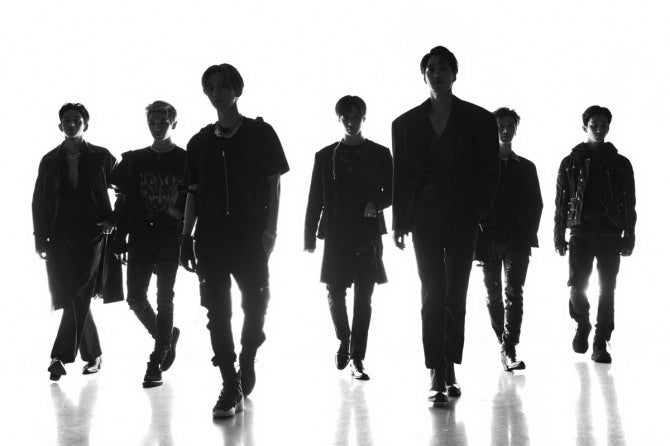 SEOUL — In an expected announcement, S.M. Entertainment has unveiled what might be its most high-profile act ever: SuperM, consisting of members from some of the label’s most successful bands SHINee, EXO, NCT and WayV.

Taemin of SHINee, who debuted in 2008, will form the group alongside Kai and Baekhyun of EXO, while Taeyong and Mark of NCT and Lucas and Ten, who are part of both NCT and its China-focused subunit WayV, will join the ranks of the diverse boy band, with plans for a US debut in October.

The announcement was made at Capitol Records’ annual Capitol Congress in Los Angeles on Wednesday.

During the event, which was attended by the likes of Katy Perry and NCT 127, S.M. executive producer Lee Soo-man described the new band as the “Avengers of K-pop.”

Lee also told the audience he was tasked to produce a “team that can find synergy between the West and the East” by CEO of Capitol Music Group Steve Barnett, and that SuperM will capture the “essence of K-pop in terms of performance, fashion and visuals” with the bandmates’ skillful dancing, singing and rapping.

“M” in the group’s name is said to stand for “matrix and master,” as SuperM seeks to present itself as a team that embodies “super” synergy between the bandmates.

The group also marks the beginning of a partnership between the two major record labels in the US and Korea, as they team up to produce a K-pop act to take over the US.

At the request of CMG, Lee will still be in charge of producing the group, while the US label promises massive promotion.

The news comes on the heels of reports earlier this week that S.M. was putting together members of some of the most popular groups to create a “super boy band” that had been in the works for months.

Soon after the official announcement, the hashtag #SuperM began trending on Twitter with over 100,000 tweets discussing the newly created group in the next few hours.