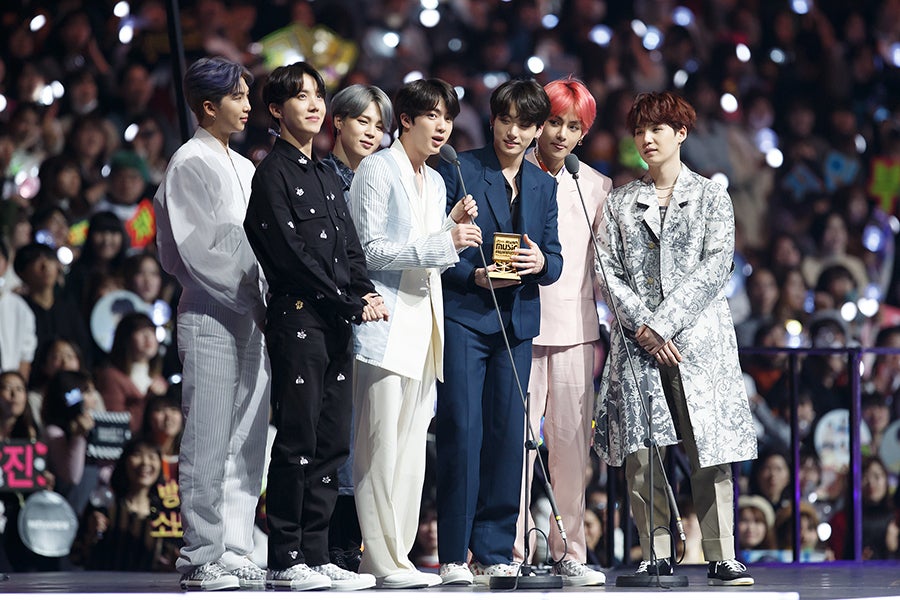 SEOUL — The Mnet Asian Music Awards, or MAMA, the biggest annual K-pop awards series held outside of South Korea, is reconsidering Japan and Hong Kong as its destinations for this year’s event, according to the event’s organizer.

Having been among the biggest consumers of K-pop outside of Korea, Japan and Hong Kong have hosted the high-profile K-pop event for the past two years, welcoming in an army of A-list K-pop artists to their cities, including BTS, Wanna One and actors Park Bo-gum and Song Joong-ki as show hosts.

But CJ ENM, the organizer of MAMA, is having second thoughts about Japan and Hong Kong as the event venues for its 2019 series against the backdrop of diplomatic tangles surrounding them.

The move was taken in apparent retaliation to South Korea’s court rulings last year against Japanese firms that forcefully mobilized Korean laborers during Japan’s 1910-45 colonial rule of Korea. It was followed again by the removal of South Korea from the Japanese “whitelist” of trusted trade partners last week.

Meanwhile, violence is escalating in Hong Kong as protests against the mainland Chinese government, triggered by an extradition bill, intensified to paralyze some major city functions.

The unexpected situations sent CJ looking for alternative cities to host the 2019 MAMA.

“In regard to venues, we are reviewing (options of) many regions in Asia,” an official at CJ ENM said, adding that the company is undecided about when the final decision could be made.

MAMA was first started as the Mnet Video Music Awards by the entertainment giant’s cable music channel Mnet in 1999 as a local music award ceremony.

Powered by the soaring influence of K-pop in Asia, CJ renamed it MAMA in 2009 and has, since the following year, staged the K-pop performance and award festival outside of South Korea, including in Macau in 2010, Singapore and Hong Kong.

For the last two years, MAMA was thrown in three stages in three different cities, and Hong Kong and Japanese cities — Yokohama in 2017 and Saitama in 2018 — were part of the venue lineup for the past two years.

The 2018 MAMA kicked off in Seoul on Dec. 10 and moved to Japan’s Saitama Super Arena on Dec. 12 before winding up in Hong Kong two days later, where, at the event hosted by hallyu star Song Joong-ki, K-pop super band BTS picked up two of the top three music awards, including Album of the Year. The artist lineup for the Japanese leg included such A-list stars as BTS, disbanded boy band Wanna One and TWICE. (Yonhap)