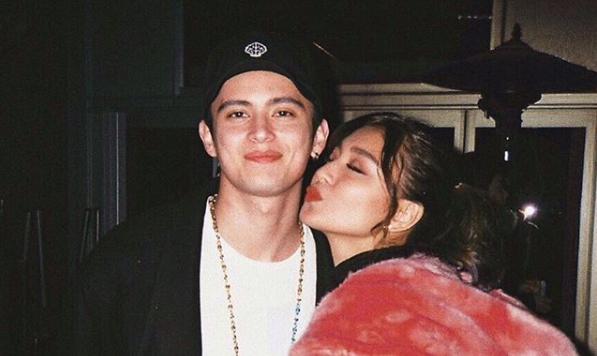 Nadine Lustre recently shut down rumors of breaking up with her on- and off-screen partner James Reid.

Lustre addressed the rumors about her relationship with Reid in an episode of the talk show “Tonight with Boy Abunda” which aired on Monday, Aug. 5. In the interview, Lustre was asked to address speculation by a Twitter user posted last June that was presented on the screen.

(They say that if there is smoke, there is fire. For Nadine, why does she think that rumors persist on relationship problems or breaking up with James Reid?)

(Why is that when we were not together yet, people wanted us to be a couple? Now that we are together, you want us to break up. What exactly do you want to happen? What do you want?)

Lustre then admitted that she responds to negative comments online. Shown on the screen was her reply to a comment on Instagram which hinted that there was trouble in her relationship with Reid because her awards were supposedly no longer displayed in his house. “Uhm. Wtf are u talking about? [laughing emoji]” Lustre had written back.

“I am going to be honest, there are times [that I reply],” she said. “But as much as possible, that’s how I want to reply, either jokingly or something light lang (only). I don’t wanna be rude.”

Reid confirmed his relationship with Lustre in 2016, right after their concert “JaDine in Love”. The actor-singer recently revealed that they live together last March. Hannah Mallorca/NVG