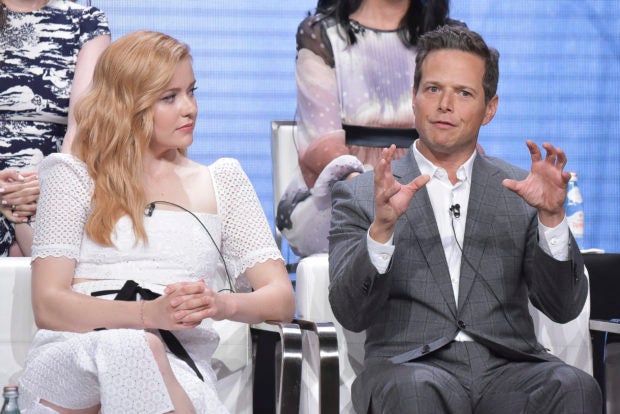 Martin will appear on The CW’s remake that blends mystery, suspense, a supernatural element and a bit of horror. She got her big break on “The Hardy Boys/Nancy Drew Mysteries” with Shaun Cassidy and Parker Stevenson in the late 1970s.

Martin wrote a letter to Kennedy McMann, who at 22 is getting her big break on the remake a year after graduating from Carnegie Mellon University.

“It is, like, tear-stained. I cried when I read it,” McMann told TV critics gathering on Sunday, Aug. 4. “It had a lot to do just with the industry and standing up for oneself and making your own decisions and how to kind of transition into a role like this and the repercussions of that in Hollywood. It was very thoughtful.”

Martin quit the original after one season when her role was reduced with the merger of the two shows. But she was thrilled to be asked to appear in the remake.

“She came so prepared,” director Larry Teng said. “She was a real huge contributor.”

While some of the characters and mystery themes resemble the original, McMann’s Nancy Drew has sex.

“We are making the show for The CW and that audience,” executive producer Stephanie Savage said. “The little ones know that this show is not for them, and they are going to have to wait until they are older.”

Scott Wolf, who plays the sleuth’s father, Carson, joked, “I was just hearing about this sex thing for the first time. We will talk later.”

McMann, the daughter of young adult author Lisa McMann, grew up reading the Nancy Drew series of books, but she did not reread them in preparation for the role.

“I wanted to just be true and dedicate myself to the Nancy that we were creating,” she said, “with all the knowledge that I already had to back up the historical relevance of her traits.”

Read Next
Regine Velasquez’s kind response to critic: ‘Thank you for letting me know I was bad’
EDITORS' PICK
Water remains our saving grace right now
The biggest lottery jackpot in the world is $158 million, and even someone from the Philippines could win it
Smart 5G goes live
COVID-19 cases in PH overshoot 122,000 mark
51% of Filipinos think it’s dangerous to publish anything critical about Duterte admin — SWS
PhilHealth mess: Whose heads will roll? Roque says he can’t wait to name names
MOST READ
‘Vexed’: Guanzon raps Topacio over Alzheimer’s remark
Captain astonished that his ship delivered Beirut explosive
COVID-19 cases in PH overshoot 122,000 mark
Locsin to China: Don’t overinterpret
Don't miss out on the latest news and information.