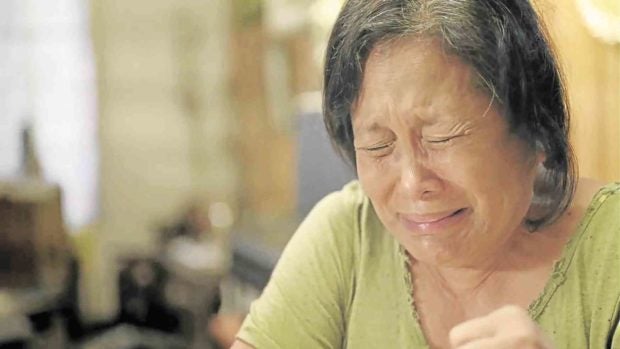 I found her irritating the first time I met her,” confessed film and TV director Theodore Boborol of character actress Ruby Ruiz. Little did he know that, years later, he would reach out to her to ask her to play the lead role in one of his full-length films.

Boborol recalled that he first met Ruiz on the set of the remake of the drama program “Annaliza” in 2013. “She still wasn’t the best supporting actress winner (for the movie “Extra”) then. She was a sidekick of one of the lead characters of the teleserye. She was just supposed to be with us for the pilot week, pero parang ang epal na n’ya. I even asked people, ‘Who is this woman?’ and I was told that she’s from theater.”

Boborol added: “Later on, without her having to explain to me what she was doing, I started to understand Tita Ruby’s point. I got to appreciate how good and intelligent an actress she really is.”

Four years later, in 2017, when Boborol began filming “Iska,” he said he couldn’t think of anybody better to play the character but Ruiz. “For me, she is perfect as Iska. When I was completing the casting, I didn’t think of getting an actor who would help boost the film’s marketability because of her popularity. I only thought of the person who was best to play the character.”

Ruiz, who personally met the woman whom Iska is loosely based on, agreed: “She’s just like me. Despite what she went through in life, she still manages to laugh. She’s bubbly, but when she starts telling you her story, she will make you cry.”

Iska is actually based on the story of Boborol’s house cleaner. “I met her 10 years ago while I was working as story editor for ‘Pinoy Big Brother.’ One time, I was having lunch when I asked her how she was. I was surprised when she cried and told me the story of her life.”

Boborol continued: “I found it ironic that I’m working in media, for PBB, and I’m watching the Teleserye ng Totoong Buhay (PBB’s catch phrase), and yet I don’t know anything nor care about the people around me. Her story affected me so much that I felt the need to tell it to people.”

Boborol collaborated with a friend, screenplay writer Mary Rose Colindres, for his fourth film, which is incidentally among the 10 finalists at the 2019 Cinemalaya Philippine Independent Film Festival. “Since I’ve been doing mainstream projects, I had wanted to make something more personal, a concept that I can call my own.”

To “discover” child actor Pryle Gura, who plays Dong Dong, Boborol said he organized several casting calls. “I provided a video from YouTube that shows an autistic child having tantrums. I made the auditionees copy the child,” he recalled. “He was among those who stood out. Also, he and Tita Ruby have the same skin tone. Aside from this, I found him to be very instinctive.”

Asked what he wanted his audience to pick up from watching “Iska,” Boborol said: “That’s difficult to answer because I’m the kind of filmmaker who doesn’t want to dictate to his audience what they should feel or learn from my films. While this reflects how Philippine society views education in general, it’s really about the unconditional love of a grandmother for her grandchild who has autism.”